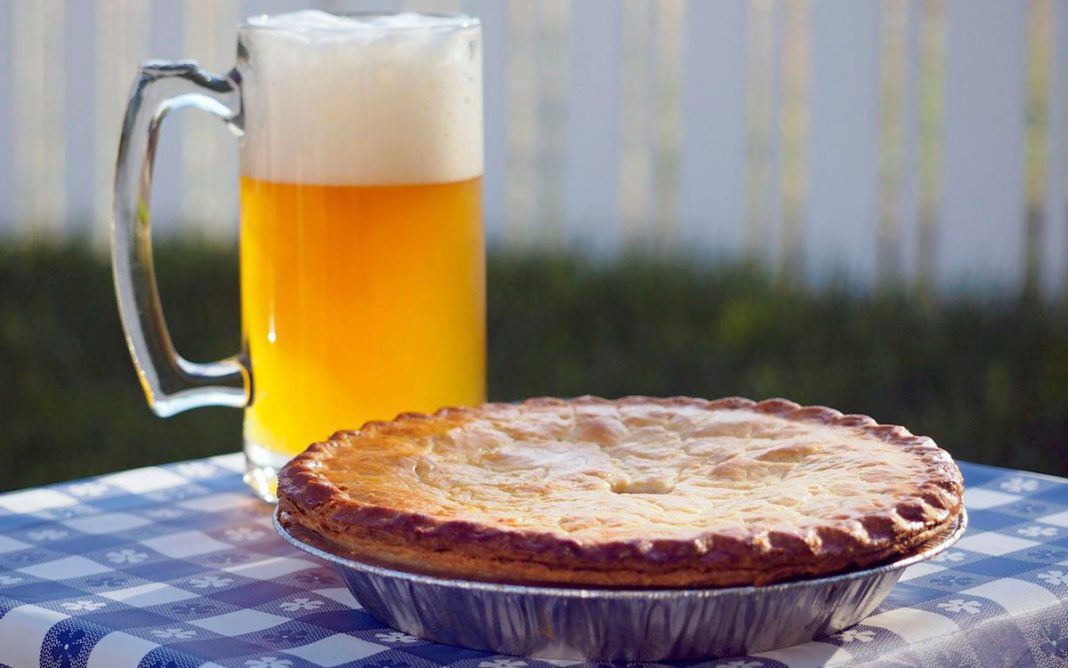 It’s the biggest holiday in Utah that no one anywhere else has never heard of. Pioneer Day, the day the Saints came marching in to the Salt Lake Valley (so they say) is June 24 and, as I heard before I ever came to the state, “It’s bigger than the Fourth of July!!”  But it wasn’t long before a gentile, probably with a few beers under her belt, dubbed it Pie & Beer Day. That was it. A joke. No parade, no rodeo. For years, it was not much more than a poor pun. Finally, Bad Brad Wheeler decided to do something about it. And this year celebrates the fifth year of his big idea.

RIDE AND PIE The Ogden Bicycle Collective  is holding a pie and beer event, just because July 24 happened to be on a Tuesday which is usually their Open Shop night. There are two rides, one at 3pm and one at 6pm; both will start at from the Bicycle Collective and end at Talisman Brewery for beer and pie donated from a local bakery, unidentified as of right now. Fifty percent of Talisman proceeds and the $5 tickets will go to The Collective which is great because bicycles are going to save the world. Tickets at eventbrite.com

THE PIE & BEER THROWDOWN This event, hosted by Crossfit Aether in Sandy,  isn’t actually on Pioneer Day—it’s Saturday, July 28, but you’ll understand why when you hear the schedule—these activities are going to take some time. It’s a physical fitness competition with three events and proceeds from the $100 tickets benefit a “military organization in need.” The three competitions include things like the Badger which involves 30 squat cleans (95/65 RX) (65/45 scaled); 30 pull ups (kipping, butterfly RX) (jumping pull ups scaled), and an 800M Run (RX & Scaled). I don’t actually know what any of that means, but I’m sure the people into this sort of thing do, so I’m not going to Google it. The fun starts at 9am and goes until 2pm, when, at last, there will be pie and beverage. They don’t promise beer.

Mary Brown Maloufhttps://www.saltlakemagazine.com/
Mary Brown Malouf is the late Executive Editor of Salt Lake magazine and Utah's expert on local food and dining. She still does not, however, know how to make a decent cup of coffee.
Previous article
23 Excuses to Bar Hop in Park City
Next article
From the Magazine: Cuba