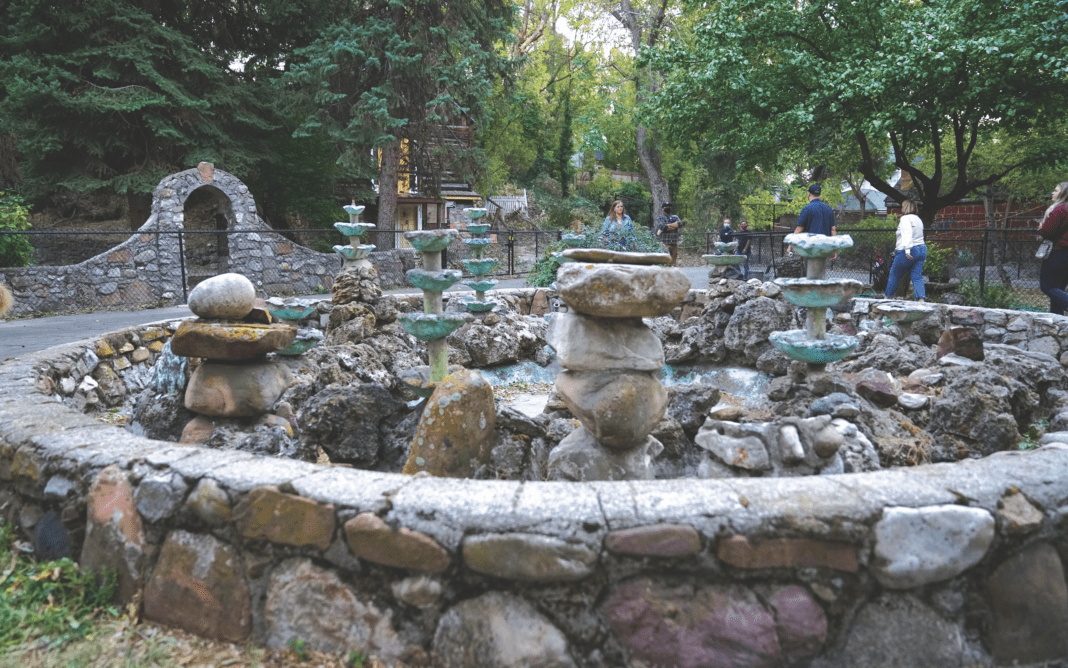 The Quiet Opening of Allen Park

It was twilight when we arrived at Allen Park—the end of the day it was officially designated a park by Mayor Erin Mendenhall. Only stragglers like us were wandering the semi-deserted street that led nowhere. A giant owl flew silently from one tree to another in the woods behind one of the broken-down houses. Eerie, but private and peaceful. People used to say a group of hobbits smoked their pipe weed and padded around on their furry feet in this little cul de sac off 1300 East near Westminster. Others claimed a family of Little People lived there and would chase away outsiders and curiosity-seekers who happened in.

But, actually, the eccentric street of tiny houses are on a wooded lot once owned by George Allen, a doctor and animal lover (he was instrumental in founding Hogle Zoo and Tracy Aviary.) He and his family lived in the log cabin and rented out the little houses to students or anyone who wanted to live in such a small space.

The good doctor regarded the area as a wildlife sanctuary—at one time, an elephant lived on the property—and he tended a flock of peacocks and other exotic birds. He advertised his gentle philosophy in a series of quotations, mostly from Romantic poets, that he shaped out of tile and set in stone. Allen Park was uninhabited and fell into disrepair and myth, but last October Salt Lake City Mayor Mendenhall declared portions of it a park and announced plan for restoration. Go take a stroll.

Allen Park: 1328 E. Allen Park Dr, SLC. The park is open daily until sunset, when the gates are locked.

Mary Brown Maloufhttps://www.saltlakemagazine.com/
Mary Brown Malouf is the late Executive Editor of Salt Lake magazine and Utah's expert on local food and dining. She still does not, however, know how to make a decent cup of coffee.
Previous article
Charcuterie Invasion: Meet SLC’s Culinary-Craftswomen
Next article
Turmeric: Mellow Yellow