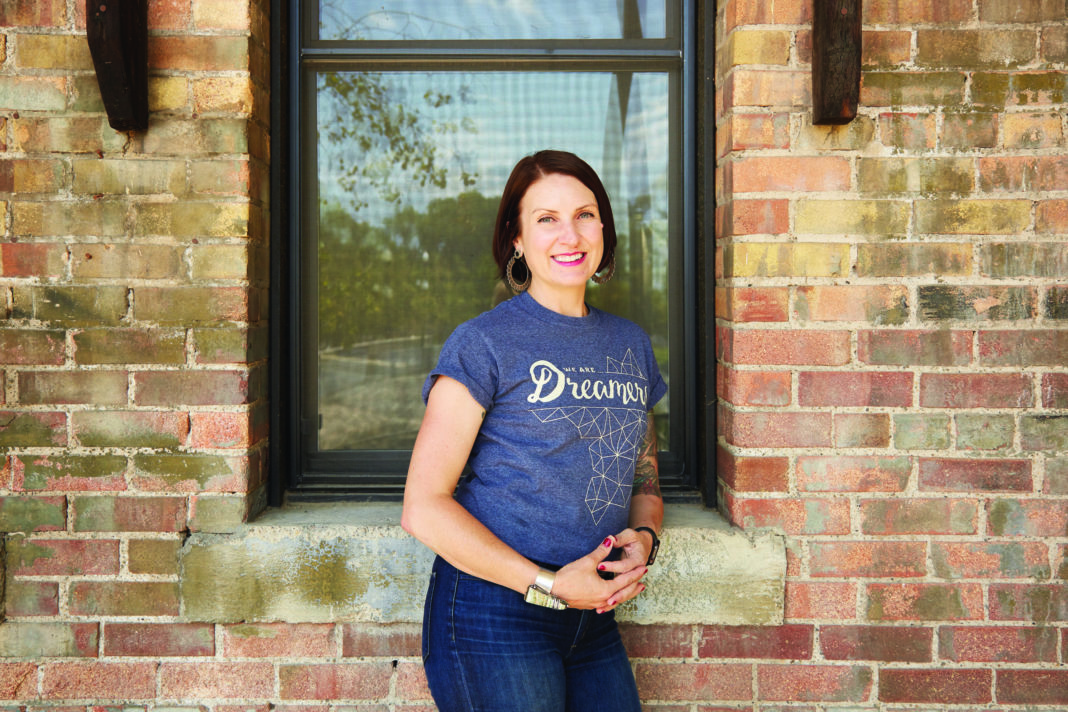 Angela H. Brown realized that she had magic on her hands back when SLUG Magazine launched the first Craft Lake City DIY Festival, 12 years ago. Since then Craft Lake City has become a separate organization, a non-profit that supports artists, creatives, and makers with its signature festival and with events and educational resources year-round. This year, however, the Craft Lake City team had to dig deep to keep that magic going.

“Last April, all the big major national events were canceling and we had to make a hard decision about our August festival,” she says. “It takes all year to plan Craft Lake City and if we got to August and had to cancel, that would be the end of us. We knew we had to come up with another way.”

“Lots of festivals were going to basic sort of shopping websites,” she says. “But our team dreams large. We had no idea how we were going to do it at first but we were able to build a 3D virtual reality experience that allowed guests to interact directly with our vendors live during the event. It was amazing.”

During the event, which was offered free from Aug. 7-9, each artist designed their own virtual gallery and was “present” in their space through a virtual avatar. Patrons could create their own avatars and stroll through the event space, stopping into the various galleries and viewing the wares.

Angela says she’s taken the pandemic as an opportunity to find new ways to help creatives share their art. In addition to the new model for the DIY Festival, Craft Lake City has opened its Craft Lake City Academy, a series of courses that teach artists how to do the business side of their work.

“They don’t teach business in art school,” she says. “But if you are an artist you are also a business owner. We want to help these creators be successful.” Craft Lake City, in partnership with Google Fiber, also created a series of STEM DIY projects that educators can use in their online classrooms for free, and are also available for parents. These projects focus on Title 1 school kids and are designed around supplies that don’t need to be bought or cost very little, she says. “I’ve always wanted to be a part of making SLC the city where I want to live,” she says. “After 20 years of publishing SLUG magazine and 12 years of building Craft Lake City, I am proud to see so much positive change in our community and I’m not slowing down!”

Welcome to bVital PC, the premier wellness, vitality and longevity center located in beautiful Park City, Utah. We are proud to offer not one,...

You’d be hard-pressed to find another healthcare system as mission-minded as Shriners Children’s. The 100-year-old organization has helped 1.5 million children worldwide with special...