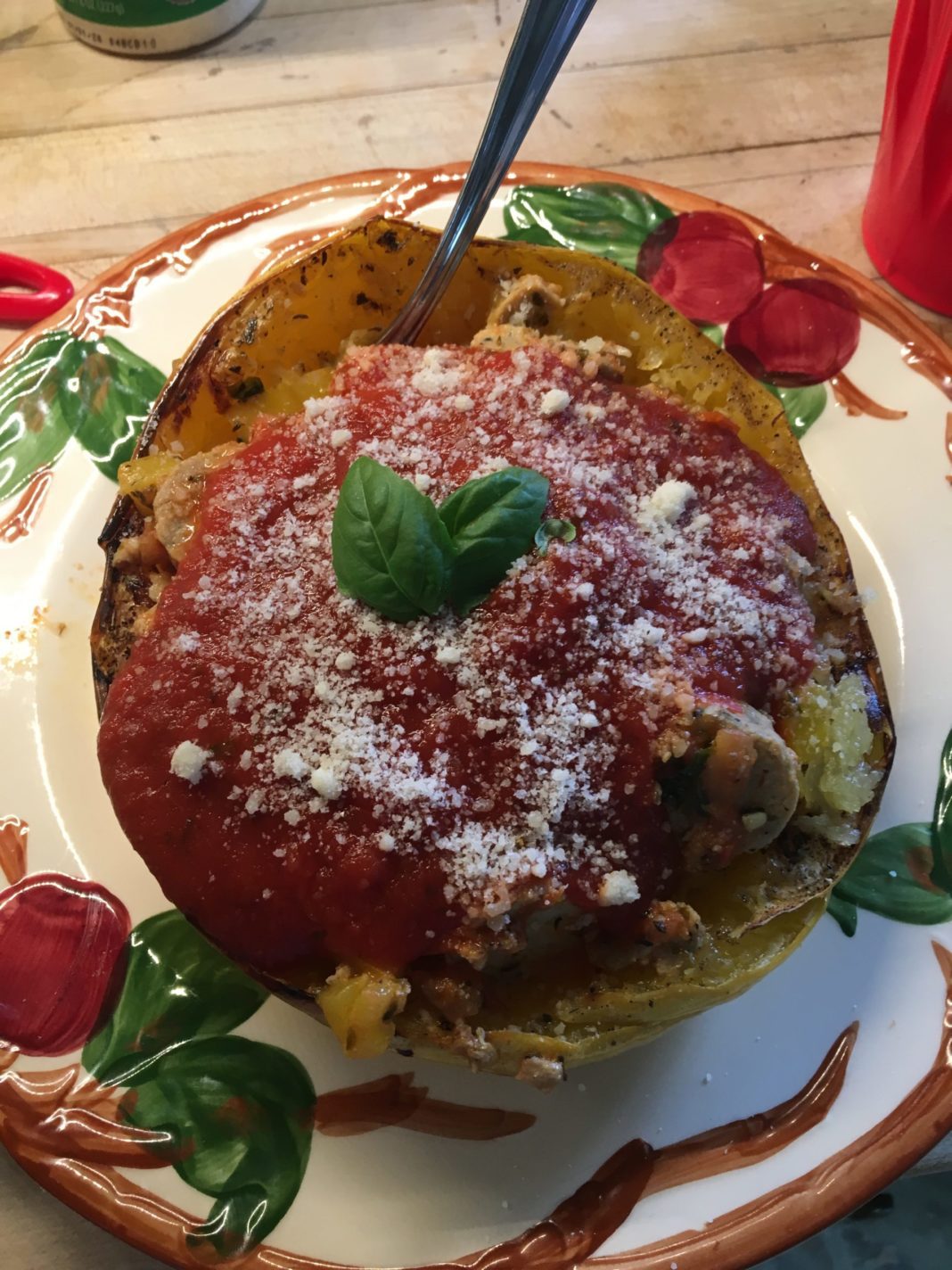 It’s really easy (especially during these times) to eat pasta and rice based dishes every night. Makes sense- it’s simple, quick and convenient. Not going to lie, I’ve eaten pasta the last two nights in a row, and massive amounts of rice before that. I’m a sucker for carbs. And that’s okay! But, if you’re looking for a quick carb break yet still want to feel like you’re eating carbs, then you’re in for a treat! I have a recipe that’s not only quick, healthy and easy- but it tastes like spaghetti- what could be better? 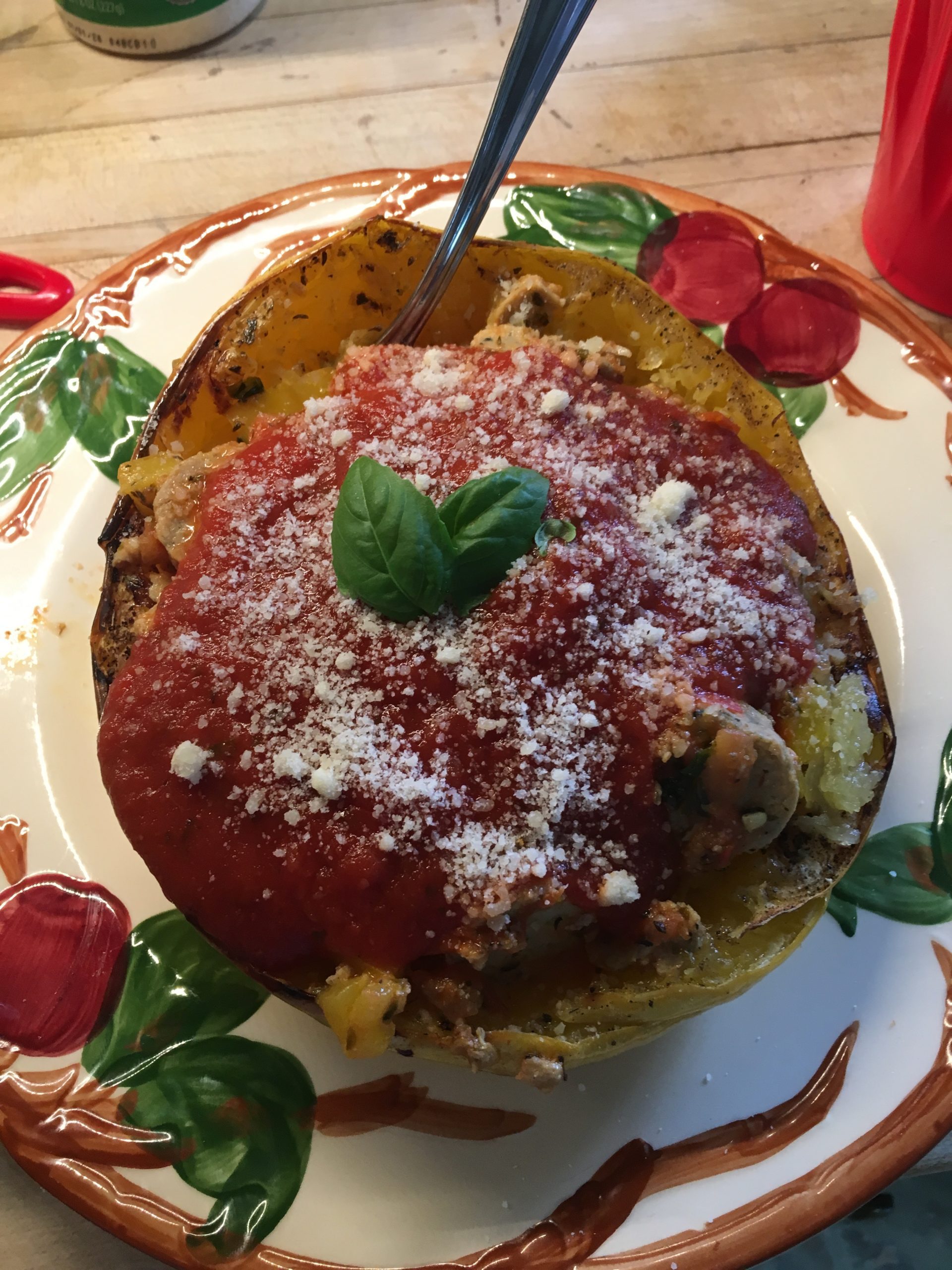 baby tomatoes, sliced in half

Spaghetti Squash: Cut the spaghetti squash in half. With a large spoon remove its guts. Using a table spoon of olive oil, massage both halves in oil, making sure every inch is covered. Season the squash with salt, pepper and Italian seasoning. Place halved squash facedown on sheet pan, put in oven for 40 minutes.

Toppings: While squash is baking, put a table spoon of olive oil in a pan, and let heat. Place minced garlic and chopped onion in the pan and sauté until onion is translucent. Then add halved baby tomatoes (and vegan sausage). Sauté until baby tomatoes have started to wilt (and vegan sausage has crisped). Take large handfuls of baby spinach, put on top of tomatoes, onions and garlic. Place lid over pan and steam the baby spinach until wilted.

After 40 minutes of baking, take spaghetti squash out of oven and let cool for 10 minutes. Flip over, and fluff insides with fork, there should be a lot of stringy-spaghetti like flesh. Place baked squash on a plate and add the toppings, mixing them throughout the spaghetti squash flesh. Top with sauce and basil. Serve and enjoy!