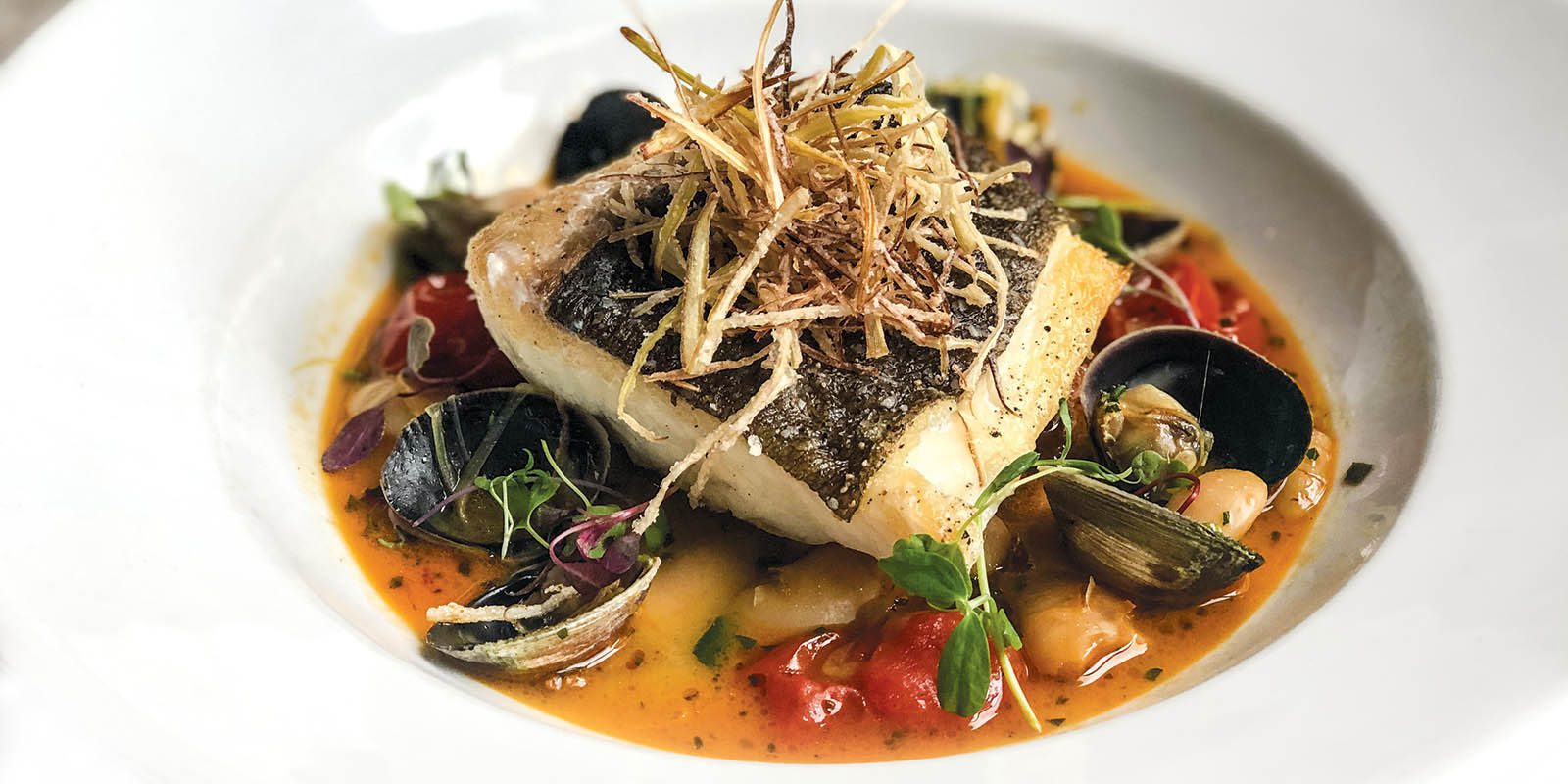 On the Table – Back to Bambara

One of the hardest things to do as a restaurant writer is to circle back. There are so many new places that it’s hard to check in with restaurants you’ve already visited. But it’s necessary, because a restaurant is always a moving target—chefs come and go, owners come and go, concepts come and go. Usually (not always; hello, George!) the name remains the same. So I was happy to be invited to taste Chef Nathan Powers’ new menu at Bambara. A decade or so ago, Bambara had a swinging door for chefs—they came and went with dizzying regularity. But Powers has been there a decade or more and now he and the restaurant seem synonymous. Remember, Powers has worked for some of the best in big markets. He’s a savvy restaurateur and an accomplished chef—a rare combination.

And our taste was a feast.

Of course, the blue cheese potato chips and the silky corn bisque with Jonah crab are still available. “Every chef learns there are some things you can never cycle off the menu,” says Powers. But a good chef’s menu changes with the seasons. And a good chef gets bored.

New items on Bambara’s winter menu include seared rare hamachi* a rich fish cooked like tuna and served over asparagus puree with lemon curd and scallion oil. Grilled quail cuddled around a blob of soft burrata. Watercress gave the dish some bite and dots of saba** syrup, a savory sweetness.

“Elk is always one of the best-sellers on the menu,” Powers says. “So I try to keep it there and change the preparation according to the season. In the version we tasted, rare rounds of loin were lent creamy-rich mouthfeel by a sweet corn “risotto,” then brightened with barely bitter baby kale while a Luxardo cherry barbecue sauce lent some sweetness. The whole plate was topped with spears of tempura-fried asparagus. So good. The halibut in a saffron-tinged tomato bath was also a new preparation. Chorizo and clams provided textural contrast.

You’re seeing a pattern here—the plates are carefully balanced, but with some separation of ingredients so how you eat it determines the flavor. Our server, Chrit, has been at Bambara for years. He steered us towards a bottle of Joseph Phelps to bridge the elk and the halibut: perfection.

Mary Brown Maloufhttps://www.saltlakemagazine.com/
Mary Brown Malouf is the late Executive Editor of Salt Lake magazine and Utah's expert on local food and dining. She still does not, however, know how to make a decent cup of coffee.
Previous article
Field Guide: Wasatch Front Animals
Next article
On the Table – Courchevel brings the Alps to Park City