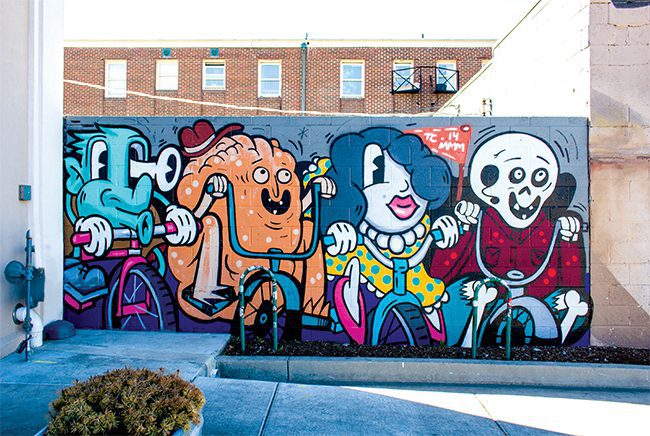 Best of the Beehive 2016: Family and Pets

Best Place to Catch a Show With Your Teenager

Kilby Court, a music venue housed in a garage that maxes out with 200 of your closest friends, is the venue bands play in Salt Lake before they make it big. The likes of Panic! At the Disco’s bassist Dallon Weekes with his band the Brobecks, The Head & the Heart and WALK THE MOON have all played Kilby at some point. The all-ages venue probably won’t book anyone you’ve ever heard of, but your too-cool teenager will know all of the words and will love the up-close and personal feel.

Summer can be a drag in the valley. Too hot. Too crowded. Too polluted. Too many people. Leave your cares at the mouth of the canyon and head up Little Cottonwood to take advantage of Snowbird’s Stay and Play deals. There mom and dad can relax at dinner and the Cliff Spa while the kids rock climb, mine for gold and cruise down the alpine slide.

After a quick primer from the staff at Loveland Living Planet on the nature of gentoo penguins (they don’t like to be touched—don’t try it) you’re given a dish of sardines and taken to a room to meet with a dozen personality-filled waddlers up-close and personal. Black tie is optional.

In recent years the banjo has experienced a renaissance in popular music, thanks to acts like The Avett Brothers, Mumford and Sons and even comedian (and mean picker) Steve Martin. Be on the cutting edge of the next big thing when fiddling becomes all the rage. After all, the banjo is so 2015.

Remember the garage band you were in when you were in high school? Literally, in a garage? Not anymore. Music Garage provides space with top-of-the line equipment for teen angst on display. And even better? They handle bookings and tours.

Since the beginning of suburban motherhood, moms have headed to their neighborhood coffee shop while pushing strollers and toting diaper bags in desperate search of adult conversation. Storybrook Play Cafe and Boutique in Millcreek caters to moms (and dads) with a children’s play area. Think McDonald’s Play Place, with coffee, scones and conversation and a cute shop, to boot.

Whether you’re stuck in a lease where pets aren’t allowed or you’re into dogs but not the responsibility, Puppies For Rent has you covered. Order a foster pup online, they’ll drop it off at your doorstep—or at a local park—where you play for an hour or two and then the pups get picked back up. It’s like a fur-covered niece or nephew, except with the option to adopt.

Three inversions, a 208-foot crest and speeds of 70 miles per hour make Lagoon’s newest coaster, Cannibal, is the park’s most thrilling ride to date. The lines are just long enough to eat a funnel cake while you wait.

The Hogle Zoo’s lion triplets are the toast of the town, but the zoo’s conservation efforts extend beyond mammals. In April a new baby spider tortoise, a species native only to Madagascar and endangered due to heavy forest harvesting, was born at the zoo to much less fanfare. But we think he’s just as cute as the lion cubs on page 36.

Best known for the 20,000-acre pet sanctuary in Kanab, Best Friends Animal Shelter has opened a small adoption center in Sugarhouse. You won’t find pigs or parrots there, as you will at the ranch, but you may just find the cat or dog you never knew you needed, but who needed you.