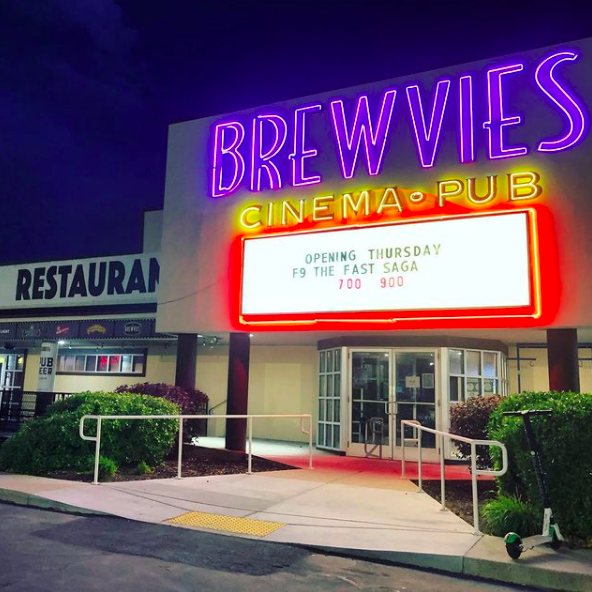 Brewvies, Bluegrass and What to Do in Utah This Weekend

The weekend is here, and there’s plenty to see and do. We’ve got you covered with a guide to the weekend, but first the big news: Brewvies is back! The Brewvies reopening happened officially on Friday. The cinema brewpub reopened its doors to the sound of screeching tires and emphatic declarations of “never turn your back on family” with a showing of F9: The Fast Saga, the latest installment in the Fast and the Furious franchise.

While the doors to Brewvies were closed during the pandemic, they took the opportunity to remodel the theater, including reupholstered seating. On Saturday night, Brewvies is hosting a Front Row Film Roast event featuring the much beloved The Princess Bride. If that’s not enough to sell you on hitting the Brewvies reopening this weekend, remember it’s just about the only place in Utah where you can catch a new release with a beer in your hand.

Brewvies has two locations, one in Salt Lake City and the other in Ogden. Movie tickets are available on their website.

While you probably shouldn’t bring a beer, movie lovers can also catch a film in the fresh air this Saturday at Pioneer Park Movie Night & Field Day. There will be food trucks, games, pickleball, bocce and, of course, popcorn. The free movie in the park is Bend it Like Beckham (2002), a romantic comedy starring Parminder Nagra and Keira Knightley.

On the other side of the point of the mountain, you might hear the dulcet sounds of the banjo and washboard coming from the Timpanogos Bluegrassroots and Folk Festival in Orem at Timpanogos High School’s Football stadium. The festival, which was postponed last year, runs through Saturday. On Friday, dinner from local food trucks starts at 5:30 p.m., gates open at 6 p.m. and the concert starts at 6:30 p.m. On Saturday, at Canyon Glen park in Provo Canyon, workshops will be held with our featured artists and others from 9:30 a.m. to noon. Tickets are on sale for this and other America’s Freedom Festival events.

For more live music, concerts are underway at Red Butte Gardens. For a full line-up, check out Salt Lake’s preview on the summer concert series.

Summer festivals have broken out across the map in the beehive state. In Salt Lake City, the 2021 Living Traditions Festival keeps rolling out more and more cultural events. On Saturday, the festivities will go from 12 p.m. to 9 p.m. at Washington Square.

Over in southern Utah, the Central Iron County Water Conservancy District is hosting the 2021 Water Festival at Main Street Park in Cedar City on Saturday, 10 a.m. to 2 p.m. It’s definitely a family affair with bounce houses, water balloon fights, water slides (powered by a fire truck hose) and a dunk tank. The festival is also engineered to help educate the community about, and showcase the latest technology in, water conservation. ​​

Not far away in St. George, the 3rd Annual Desertscape International Film Festival is underway this weekend. This year will show independent cinema and feature over 60 titles—both shorts and features—from all around the world, including nearly 40 Utah premieres. All of the showings are at the historic Electric Theater and seating is first come first served.

There is always more festival fun to be had. Just see Salt Lake’s expansive list of Utah’s summer festivals and annual city celebrations.

Christie Porterhttps://christieporter.com/
Christie Porter is the managing editor of Salt Lake Magazine. She has worked as a journalist for nearly a decade, writing about everything under the sun, but she really loves writing about nerdy things and the weird stuff. She recently published her first comic book short this year.
Previous article
Taco Trend: Try Birria Tacos at La Casa Del Tamal
Next article
How to Celebrate July 4 in Utah