Time for the Sunshine State to shine.

We’re in that part of the year that makes every Utahn think of the same restorative option: let’s go to the beach. A quick flight via SLC to SAN is the ticket. But don’t stop there. Take the train one hour north to Oceanside, a once-great, becoming-great-again beach town that still maintains an off-the-radar charm that its over-polished cousins—like Carlsbad, Malibu, Newport or Laguna—nostalgically wish they had. In addition, three luxury beachfront hotels, long longed for by town planners, now welcome guests with high-end amenities and ocean views. And you don’t even need to rent a car. How’s that for California Dreamin?

GET YOUR ART, HISTORY AND ARCHITECTURE ON

In the days before Southern California was connected with its vast network of four-lane concrete arteries (now clogged), there was one road—Highway One. Early car travelers ventured south from Los Angeles, often headed to Mexico for liquor during Prohibition. To make the trip, they would cross the large un-serviced Rancho Santa Margarita before arriving in Oceanside. The little town became an ideal spot to stop and stay in one of the nation’s first “travelers hotels,” aka motels. When WWII broke out, the U.S. Department of the Navy commandeered the rancho to build Camp Pendleton. Thousands of raw Marine recruits arrived in town along with builders and their families who followed the work to carve out Pendleton. Oceanside boomed. It had schools and hospitals, churches, movie palaces and department stores. The post-war ascendance of the automobile made Oceanside a destination for car buyers and the town’s new car dealerships became the place for Greatest Generation to buy its shiny Cadillacs, Buicks, Oldsmobiles and Fords.

But then, bust. California sprawl and cheaper land elsewhere saw the big dealers move closer to the metro areas, leaving the husks of giant showrooms behind. These shells were occupied by down-market used car dealers. Meanwhile, the rise of malls and megaplexes in the ’60s and ’70s gutted Oceanside’s once-bustling town center. It also didn’t help that one of the state’s largest railroad switchyards, built during the war, was a giant eyesore in the middle of town, impeding beach access. (The switchyard was moved in the ’90s onto Camp Pendleton, much to town boosters’ relief.)

But these downsides would ultimately be upsides, says Oceanside historian Kristi Hawthorne. “We were largely overlooked, and while everyone else was tearing down old buildings, neighborhoods and architectural treasures, we were left alone.”

Hawthorne and her colleagues at the Oceanside Historical Society lead free two-hour walking tours (305 N. Nevada St., 760-722-4786) that highlight this “lucky” preservation. She points to neighborhoods filled with charming, stick-built bungalows including, famously, the “Top Gun House,” where Tom Cruise’s Maverick famously bedded Kelly McGillis’ Charlie Blackwood in the 1986 film. So too preserved were palatial movie theaters featuring beautifully garish neon signs in the Googie style. For example, the Star Theatre (402 N. Coast Hwy., 760-721-9983) with its space-age-fab marquee, now bills musical theater performances from the local company. Even some of the unwieldy old car showrooms are gutted out and finding new life as restaurants and craft breweries, like the Bagby Beer Company (601 S. Coast Hwy., 760-270-9075). The works of architect Irving Gill are also a point of town pride. The minimalist modern architect who designed with subtle North African flair built four edifices in Oceanside—The Americanization School (1210 Division St.), the still operational Fire Station No. 1 (714 Pier View Way), The Blade Tribune Building (401 Seagaze Dr.) and the original City Hall (300 N. Coast Hwy.). In 1990, when the City Hall was expanded and renovated into a Civic Center and Public Library, the effort preserved Gill’s original structures and project architect Charles Moore matched Gill’s signature simple, unadorned style. At its heart, though, Oceanside is a beach town and thus is home of the California Surf Museum (312 Pier View Way, 760-721-6876) perfect for any ponytailed surfer dad. The highlight is the shark-bit surfboard and the accompanying story of pro surfer Bethany Hamilton, who lost her arm but ultimately survived an encounter with a tiger shark off the coast of Kauai.

Oceanside’s beachfront is a wide, perfectly sandy stretch, marked midway by the state’s longest wooden pier (home of an irascible pelican named Charlie). On either side of the pier, the reliable break brings a daily lineup of surfers waiting for sets. It’s a pretty serious surfing crowd, so before you paddle out on your own, consider a lesson. The family-owned shop Surf Ride (1909 S. Coast Hwy., 760-433-4020) offers lessons three times a week as well as gear rental. If you want to stay dry, rent a rod and reel from the pier’s bait shop and cast a line or rent a bike or four-person surrey contraption and cruise the strand. The northern end of the beachfront connects to the 10-mile (one way) San Luis Rey River Trail inland that passes by the Mission San Luis Rey (4050 Mission Ave., 760-757-3651). Known as the “King of the Missions,” the site is a prime example of Spanish Colonial architecture with Moorish influences. The Mission offers a glimpse into California’s Spanish past through its interpretive museum, self-guided tours, educational lectures and retreat stays.

Located between Pier View Way and Mission Ave., Artist Alley is a collection of independent galleries and shops anchored on either end by two of the town’s 30 murals. The Alley’s top shop is Gypsy Den Boutique (1931 S. Coast Hwy., 760-512-1205), a flowy-fabrics-“One-Winged-Girl” type of spot. The Alley also features an escape room and a virtual reality activity center, if that’s your bag.

Surf towns require breakfast and Oceanside’s go-to is Petite Madeline (223 N. Coast Hwy., 760-231-7300), with house-made pastries and hearty options for the most important meal of the day. But then there is toast. How good can toast be? Find out at Camp Coffee (101 N. Cleveland St., 442-266-2504) where cutesy coffee drinks (think s’mores mocha) are served with hearty slices of “camp toast,” a panini-style hunk of wonder.

Start a night out with a flight of wine from Coomber Craft Wines (611 Mission Ave., 760-231-8022) with a selection of wines from the Santa Barbara winemakers. Up the block is Mission Ave Bar and Grill (711 Mission Ave., 760-637-2222), a whiskey-forward joint (more than 200 tipples in the library) with a meticulously blended Eternal Pour bottle behind the bar.

The “phrase let’s go out for Balinese” is not a thing yet. But Dija Mara (232 S. Coast Hwy., 760-231-5376) is well on its way to making it so. This popping joint on the Coast Highway feels like a town center cum happy hour. California servers, presciently aware of every food preference, expertly work the tables passing out small plates of delightfully fresh Balinese cuisine. For the big meal of your trip, try Masters Kitchen & Cocktail (208 S. Coast Hwy., 760-231-6278) where 28-year-old wunderkind Chef Andre Clark has unstuffified the menu. Clark got his start here working on the line, left for apprenticeships in some of San Diego’s finest kitchens and has returned with whiz-bang energy. For starters, he’s got a thing for albacore. Yes, Ahi’s canned cousin, which Clark points out is caught locally.

While Oceanside’s old traveler hotels were cutting edge when they opened in the 1920s, they were still bathroom-down-the-hall situations. Part of the town’s rejuvenation has been the renovation of these hotels, which always had good bones. The latest example is The Fin Boutique Hotel (133 S. Coast Hwy., 760-231-1897). Originally opened as the Keisker Hotel in 1927, The Fin preserves the meticulous mosaic tile flooring in the lobby, the original grand wooden-rail staircase and the Tiffany windows. The Oceanside Springhill Suites (110 N. Myers St., 760-722-1003) boasts a rooftop pool with ocean views and is steps from the waterfront. Slated to open in early 2022, The Brick Hotel (408 Pier View Way, 760-519-7163) has reimagined a historic 1888 downtown building into a modern boutique hotel with peak ocean views that is located near museums, theaters, restaurants and the popular Thursday night Sunset Market. Mission Pacific Hotel, (201 N. Myers St., 855-365-5078) is the first of two hotels that complete Oceanside’s long-awaited beach resort development fronting the picturesque historic pier and beach. Mission Pacific offers guests a laid-back and bohemian-chic vibe with 161 guest rooms, a rooftop pool and bar, and a permanent art collection sourced by the Oceanside Museum of Art. (The project preserved the “Top Gun House” and is restoring the famous spot where a young Tom Cruise and Kelly McGillis “took our breath away.” ) Near the Mission Pacific, The Seabird Resort (101 Mission Ave., 855-413-7573) boasts a relaxed, estate-by-the-beach vibe with 226 guest rooms—many with balconies and ocean views—an expansive pool with an indoor/outdoor living room, and a rejuvenating spa.

The Palm Springs area also offers a great escape from the snow. Although there are no beaches, the austere desert landscape invites serene reflection. Tahquitz Canyon (500 W. Mesquite Ave., Palm Springs, 760-416-7044) features beautiful views and perfect for families with a sense of adventure. The Thousand Palms Oasis Preserve (29200 Thousand Palms Canyon Rd., Thousand Palms, 760-343-1234) is a true desert Oasis experience. Find yourself in a wonderland of towering palms and bubbling creeks. In the heart of downtown Palm Springs, the Palm Springs Art Museum (101 N. Museum Dr, Palm Springs, 760-322-4800) tops our list of must-try arts experiences with its permanent collection of more than 12,000 objects.

ROAD TRIP 1: RIDING THE ONE

The spectacular coastal Highway One is perhaps the most famous road in the country. With stunning views and plenty of incredible stops to enjoy along the way, the drive alone is better than most destinations.

California is synonymous with film. Take a tour through these famous locations and see for yourself why they graced the big screen.

Golden State wines are so revered that France outlawed bringing those California grapes overseas. While Napa soaks up the headlines, there are troves of undiscovered vines throughout the region.

With gorgeous sandy beaches, redwood-covered landscapes and high alpine mountains in the Sierras, California’s natural scenery is every bit as star-studded as the neighborhoods of the Hollywood Hills.

For more trip ideas, head to visitcalifornia.com and visitoceanside.org. Read more of our Road Trip series. 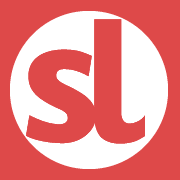