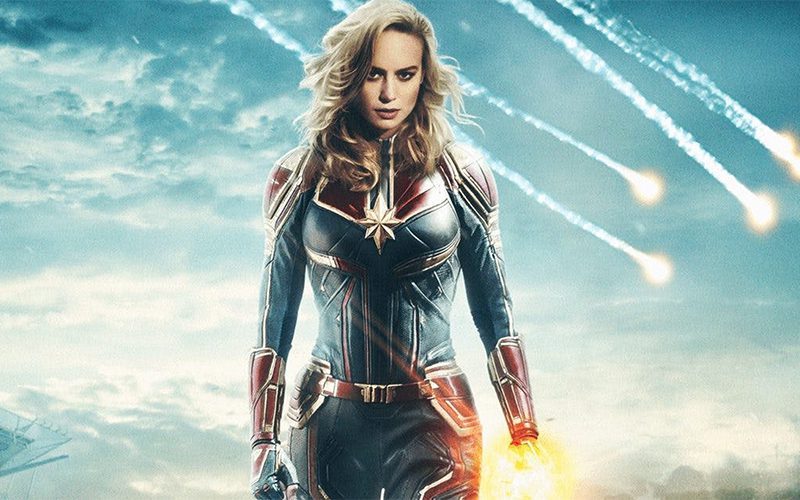 First, stop watching trailers immediately. If you’re already interested in “Captain Marvel,” then just go see it; watching any more trailers may spoil certain surprises and plot points for you.

Second, go in recognizing that “Captain Marvel” has a lot to do in 128 minutes: introduce a brand-new and obscure titular character (Brie Larson) who has a very deep and complicated back story; introduce a new race of shape-shifting alien Skrulls while expanding on the Kree, an alien race audiences are somewhat familiar with; and reunite us with well-known franchise characters like Nick Fury and Agent Coulson (digitally de-aged Samuel L. Jackson and Clark Gregg, respectively) while introducing new supporting characters.

Toss into that meaty recipe a heaping helping of subtext on feminism and American colonialism and you’ve got yourself a stew! Be sure to sprinkle it liberally with fan service, easter eggs, `90s references, and some jokes to go along with all the whiz-bang that comic-book audiences have come to expect. Oh; and make sure it ties into the overall Marvel Cinematic Universe (MCU) while setting up the next installment, “Avengers: Endgame.”

Finally, it has to appeal to a massive audience comprised of people from virtually any age, race, color and sex, with many of them being highly critical fans of the source material. Easy peasy!

With that extensive list, it’s impressive that “Captain Marvel” is as good as it is; not that it’s perfect, nor the second coming of “Wonder Woman.” Then again, “Wonder Woman” had less to do, considering most people were pretty familiar with her.

The wide age spread of its audience may account for much of the dialog being repetitive or over-explanatory, resulting in a possibly lethal drinking game if you took a shot every time someone said Captain Marvel/Carol Danvers was too “emotional.” I know the filmmakers didn’t want the 8-year olds in the audience to miss any of the feminist messages, but the rest of us got it the first 7 times.

With Marvel’s penchant for using jokes to undercut any real drama, some of the humor or light-heartedness was unwelcome; meanwhile, there were genuinely touching moments supplied by a tribute to recently deceased Stan Lee, and more so by Danvers’ earth-bound buddy, Maria Rambeau (Lashana Lynch) who shows Larson how to do it, frankly… because the odd ingredient in the mix is Larson herself.

She revealed in junket interviews that she was unsure about taking on the role of Captain Marvel, saying it was not only very different from anything she’s ever done before but even a different kind of movie as well. The closest she ever got to this level of blockbuster scrutiny was 2017s “Kong: Skull Island” (again, opposite Jackson), but her character wasn’t on the marquee.

There’s a lot more riding on her shoulders this time, and it shows. She doesn’t have much chemistry with anyone onscreen, and many of her lines fall flat since she’s unable to deliver the obvious applause-lines like a more seasoned Jackson can. Some have suggested it’s part of her character to be awkward and feel out of place, and that’s possible but unwise. Remember, we were subjected to acting powerhouse Natalie Portman sleepwalking as Queen Amidala in “Star Wars: The Phantom Menace” because we found out it really wasn’t Padmé saying those lines, it was a servant pretending to be her! So naturally, she couldn’t be convincing as the Queen. OK, fine; but we were still stuck with Portman’s stiff-as-a-board performance for most of the movie.

Or maybe Larson’s wooden performance was part of the feminist subtext: women are chided for not smiling enough, but then are told get a grip when showing emotion. Again; fine, could be. But then we’re still stuck with an Oscar-winning actress seeming uneasy in her own movie.

Larson’s performance may be the biggest issue I have with “Captain Marvel” but it’s not the only one. The script is clunky and spends time on chase scenes when we could be exploring Danvers’ past. Big name actors with big-league roles (like Annette Bening or Lee Pace) get short shrifted. Its first act is somewhat choppy and its second tends to lag, but “Captain Marvel” gets on track just in time to end well, and sometimes a movie is its ending.

The subtexts may be its strongest suit. Sure it has all the entertainment value and cool soundtrack cues you’ve come to expect from a Marvel movie, but to personify in Jude Law’s character Yon-Rogg how men have subjugated women by physically holding them back because they feel threatened by their power? And how men further gaslight women into thinking that whatever power they have has been given to them, and can be taken away at any time if they step out of line? And to further demand that Danvers deal with him on his own terms and not by using her own individual abilities? Such gaslighting takes on sky-high, sci-fi heights when the Kree alter Danvers own memories so she recollects only the times she failed, and not the times she gotten back up after she had fallen.

Add to that its messages on America’s current stance on immigration, with the Kree thinking they’re the good guys as they separate and scatter Skrull families around the galaxy in their quest to enforce their borders. Meanwhile, the immigrant Skrulls are painted as bad guys — infiltrating our earthly society and literally taking our places — but they’re just looking for a home, a haven away from Kree injustice. Those are bold and potent messages for a popcorn comic-book movie, and I applaud them and “Captain Marvel,” warts and all.

Richard Bonaducehttp://www.saltlakemagazine.com
Rich Bonaduce was born and raised in Pennsylvania but has lived in Utah now for half his life. In addition to being a regular contributor as a Film Critic for Salt Lake Magazine, he is also the Film Critic and Entertainment reporter for FOX13’s weekly morning show Good Day Utah. He’s also a drummer in local band “Mojave Rose,” and is much shorter than he appears on television. You've been warned.
Previous article
How to Drive in Utah
Next article
Eight 2019 Summer Camps To Ditch Your Kids