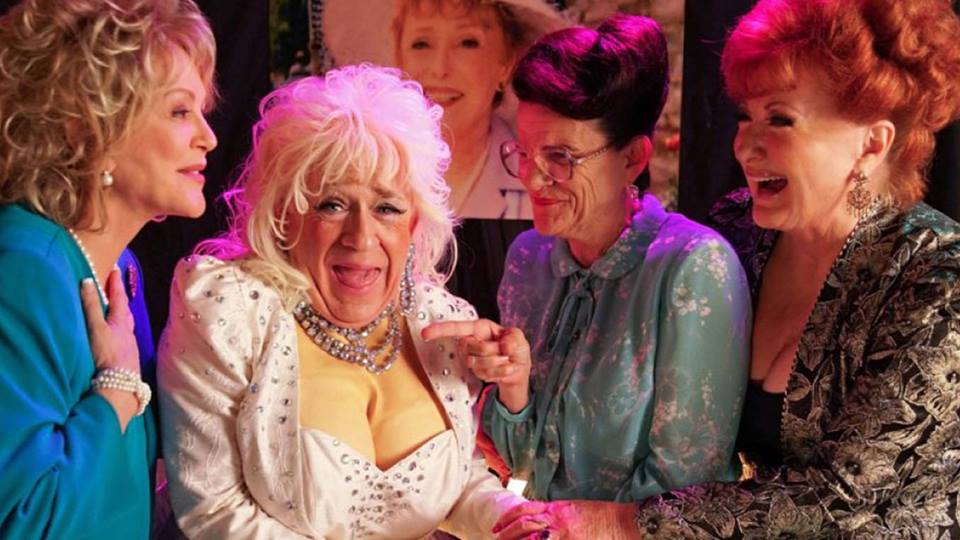 We interrupt your Facebook scrolling to bring you the second part of an event that you should think about attending three weekends from now, July 14 – 16. Ashley Szanter gave you your first sneak peek on June 16 of the dynamic line-up featuring 21 films from 15 countries.

The 14th Annual Damn These Heels Film Festival is now presenting 23 feature films and 9 short films from not 15, but 18 countries that explore LGBTQ issues and ideas. They have also added a new teen track for people from 14-20 to use the power of film to give greater attention to the challenges that LGBTQ youth face.

The discounted $10 Youth Pass includes a ticket to screenings of Free Cece, Handsome Devil, I Dream in Another Language, Raising Zoey and Small Talk. It also includes discounts at local restaurants, daytime access to the DTH lounge and a free 4-day GREENbike pass. In addition to the Youth Pass films, a teen-approved seal has been placed on the following Festival films: Apricot Groves, Behind the Curtain: Todrick Hall, Chavela, Don’t Call Me Son, Heartstone and Political Animals.

For the entire festival, you can get a $60 pass for patrons of all ages for film lovers and a $90 pass for patrons 21 and older that includes films and a party. There are also VIP passes for $200. Tickets for individual films are $10. Purchase them here.

Aram, an Iranian-Armenian youth who immigrated to the U.S. in childhood, returns to Armenia for the first time to propose to an Armenian girlfriend he met and lived with in the United States.

Set against the backdrop of Trinidad and Tobago’s mystical Carnival, a gifted and struggling young man becomes the object of intrigue for an older, well-meaning businessman until their worlds collide.

Handsome Girl – United States
Two friends travel from Los Angeles to Berlin to launch their new musical project, Handsome Girl. In Berlin, anything can happen and usually does, but will their friendship survive?

A film adaptation of a poem exploring the moment you taste something distinct and are snapped back to a vivid memory, all the images and associations with it.

Imagine being born in the wrong body. Every day you’re fighting against society, stigma and yourself. All you want is acceptance. Lucy’s story is one of searching for her true self in a world that’s not ready.

Post-Apocalyptic Potluck – United States
Three lesbian women gather for a potluck just as the world is coming to an end.

Queen’s Mile – United Kingdom
A twenty-something girl wanders with her Polaroid camera and a collage book. Queen’s Mile is a heartwarming story of a young woman’s courage in coping with depression, in her own unique way.

Sisak – India
Sisak follows the story of two gay men in Mumbai who meet and fall in love on their train journeys. Burdened with social (and legal) scorn, the two are unable to say anything to each other.

Still Devout – United States
An anxious 22-year-old must choose between romantic love and the needs of her family.

Passes and individual tickets are now on sale on the Utah Film Center’s website. The entire film list can be viewed here. The event takes place at the Rose Wagner Performing Arts Center at 138 Broadway in Salt Lake City. You can contact the Utah Film Center at 801-746-7000 or visit their website for more information.