David Locke: The Voice of the Jazz (And Sports Fans Everywhere)

By 2016, David Locke should have been satisfied. He was seven years into his dream job as the radio voice of the Utah Jazz, after more than two decades in sports talk radio in SLC and Seattle. But at 46 years old, Locke wanted more. A new challenge. He looked around the media landscape and spotted a business opportunity—a network that would give sports fans a constant flow of shows about their favorite teams. Locke hosted his own daily show about the Utah Jazz and he wondered, “Why isn’t there one of these for every team?”

So he set out to build a national podcast network. On his summer vacation.

While Locke and his wife toured America in an RV, he spent his nights scouring the internet for talent, hunting for local bloggers and journalists willing to host a daily podcast. He called them, urging them to join the as-of-yet-nonexistent Locked On podcast network.

Fueled by Locke’s relentless drive, the network took off—launching shows for every single NBA and NFL team later that year. Baseball, hockey and college sports followed. Over the next few years, advertising income grew, outside investors backed the venture and the network surged forward.

Soon, big media companies started to take note of what a hard-working NBA broadcaster had built during his free time.

Less than five years after it was born during a family RV trip, the Locked On podcast network produces 170 daily podcasts which are listened to nine million times each month.

“I don’t know of any other person who could have pulled this off,” says Locked On chief operating officer Carl Weinstein. “He has boundless energy and drive. It’s remarkable to create a company out of thin air.”

Locke’s tenacity was present immediately when he landed in Utah to ski after college. To get his first radio gig, he waited each morning in the lobby of the only AM sports radio station in Salt Lake City until the manager finally gave him his break.

Within just a couple of years, he was not only hosting his own call-in show but had been promoted to station manager. Young David Locke was brash, taking on outraged listeners who were eager to respond to the host’s latest provocation.

When Locke left Utah sports radio in 1998 for Seattle—he would work in radio and print there for nine years—Salt Lake Tribune sportswriter Gordon Monson penned a farewell column calling him “aggressive and aggravating, combative and bumptious, informed and self-satisfied.”

Locke winced when those words were read aloud to him at a cafe in Park City in May. He hopes, now age 51, he has matured since he was in his 20s. But, he points out, his style succeeded—those shows in the 1990s drew huge ratings.

The New Hot Rod in Town

The Utah Jazz hired Locke in 2009 to replace retiring broadcasting legend Hot Rod Hundley, who had called the Jazz games for 35 years.

From the start, Locke innovated. He would cut from the game to highlights from other games happening around the country. While a player shot a free throw, he would insert a clip of an interview with a coach or a player. With evident pride, Locke says, “We changed how a game sounded on the radio.”

Even as Locke has added media mogul to his resume, he remains a passionate basketball broadcaster. “I get a huge thrill every night I call a game,” he says.

Locke doesn’t have a classic radio baritone—his tone is higher-pitched and raspier—but as the Jazz rallied back during the second half of Game 1 of the playoff series against Memphis in May, his voice rose with the intensity of the action on the court. After a key Bojan Bogdanovic 3-pointer, Locke shouted, “Let’s see if that gets Bogey going! He’s very animated, backpedaling the other way, banging his chest, clenching his fists, flexing.”

His enthusiasm for the team—the Jazz enjoyed enormous success in 2020-21, ending the regular season with the NBA’s best record before falling to the Los Angeles Clippers in the second round of playoffs in June—is fed by his connection to its players and staff.

Like All-Star guard Donovan Mitchell, who is just 24 but already the face of the franchise, with influence that stretches far beyond his sharpshooting. Last summer, during the peak of Black Lives Matter activism, Mitchell emerged as one of the NBA’s most thoughtful young stars, unafraid to speak openly about racism.

Locke applauds those efforts and believes Mitchell and other outspoken young stars in the NBA are “incredible human beings who happen to be great basketball players.”

He has a close relationship with Utah Jazz Coach Quin Snyder, who Locke has interviewed hundreds of times, along with countless conversations while traveling together on the road.

Locke calls the Jazz’ brash leader “the most brilliant person I’ve ever met” and says the coach is “a gift to me.” The pandemic disrupted sports broadcasting—Locke didn’t travel with the team this past season—and he mourns that lost time with his friend and colleague. “I miss him dearly,” Locke says, tearing up.

Tegna, a company once part of the Gannett newspaper chain that owns 68 television stations around the country, bought the Locked On podcast network in January. The terms of the deal were not disclosed, but the sale price must have been in the millions.

Locke, who remains the network’s president, is eager to see what Locked On can do with Tegna’s resources. The network is looking at adding video and live programming. Perhaps the Locked On podcast network will, for example, offer live analysis of the NFL or NBA drafts, checking in with its local hosts, a hyper-local alternative to ESPN, available on your smart TV.

Locke worries he sounds like he’s bragging when he talks about his success. But in his quiet moments, he admits, he thinks about his legacy: “If I can leave the world with a happy wife, with two happy kids, and I’ve made some changes to the way sports talk radio is done, the way that NBA play-by-play is done, the way podcasting is done, that would be awesome.”

This story was featured in our September/October issue. Find this issue on newsstands now and subscribe to the magazine. 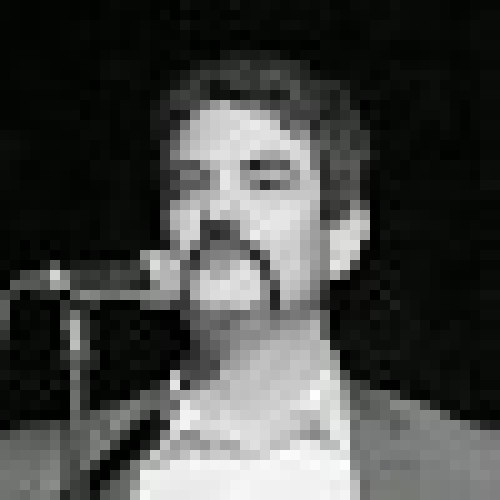 Matt Pacenzahttps://www.saltlakemagazine.com/
Matt Pacenza is a freelance contributor to Salt Lake magazine and a writer, editor, teacher and community advocate. He is from Salt Lake City, Utah and recently completed his debut novel, FINDING CARMEN.
Previous article
‘Four Women Talking About the Man Under the Sheet’ Examines the Messy Side of American Progress
Next article
Review: SONDERimmersive’s ‘The Chocolatier’