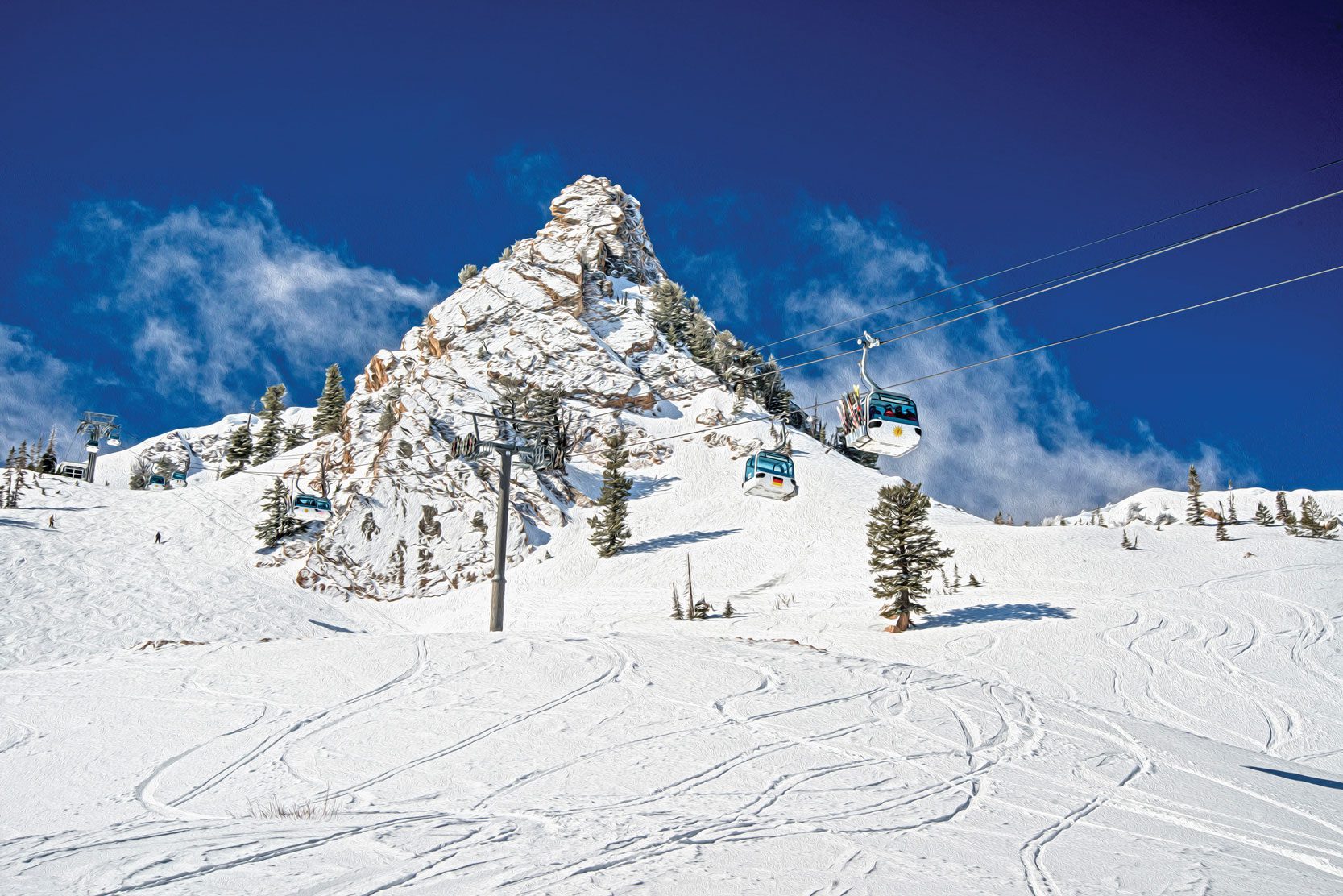 Multiple avalanches closed Powder Mountain. Anywhere else, an act of God like this would mean no skiing. In Utah, it just means a 30-minute detour to another world-class resort.

The storm had already put 33 inches of powder on top of a 10-foot base at Snowbasin, and it was still raging as we stepped onto the Needle Express gondola for our first run of the day.

Life-long Snowbasin skier Ezra Jones agreed to take us to his favorite place on the mountain—a daisy-chained series of three-and-four-turn clearings connected by tight runs through evergreens—so long as we promised not to ever reveal this secret spot.

There’s so much steep and deep here that our legs were wobbly by midday. Thankfully, the snow isn’t the entire experience. The lodges are lavish. The food is magnificent. Even the bathrooms feel like they’ve been transported from Buckingham Palace.

We took a few more drops after lunch and it left no doubt. We could most certainly call it a good day. We could call it one of the best days ever. Again, we could move on.

I had seen a lot of smiles on my friends’ faces by that point, but the one JJ was wearing when the night skiing lights went on over Nordic Valley was the biggest one yet.

“That was the best powder run I’ve had so far this week,” he said as he walked into the lodge, tiny icicles clinging to his beard. JJ isn’t prone to exaggeration, so I started wondering whether he was drunk.

Nordic Valley bills itself as a “learning resort” and, as a result, its sliver of black terrain doesn’t get tracked out. So when JJ led me to a run called Ephraim’s Revenge, and we surfed side-by-side on two feet of soft powder down a well-lit and virtually untracked rolling run, I had to acknowledge its awesomeness.

The best powder run of the week? It was indeed a contender. And we weren’t even half-done with our trip yet.