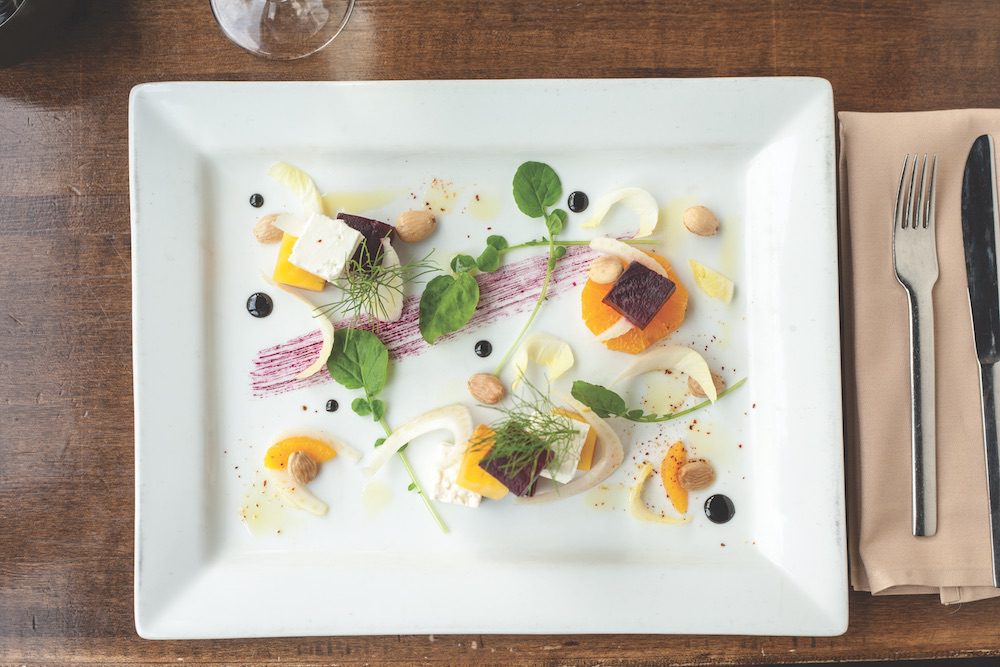 Scott Evans opened his first restaurant, Pago, in 2009, but even before that beginning, his focus was firmly on the land. Utah’s farming heritage and cultural respect for ancestral pioneers who lived off the land segued perfectly into the new gastronomic emphasis on foods that are locally sourced, sustainably grown or artisanally made. Evans’  European travels and work experience in Utah inspired him to create a restaurant where the menu would reflect its location. Farm-to-table has become a national cliché now, and many would argue it’s long been a philosophy, but Pago popularized the idea in Utah. Evans built relationships with many tiny local growers, showcasing their produce and changing the menu with the seasons, at the same time emphasizing wine exploration by offering a broad selection of wines by the glass. Now everyone’s doing it.