National monuments, a public-land concept that even Utah politicians can’t seem to grasp, have been at top of mind lately. Utahns are riveted over the controversy surrounding the rollback of the state’s newest monuments, Bears Ears and Grand Staircase-Escalante. Yet somehow, the wonders of 330-square-mile Dinosaur National Monument, located uncomfortably close to Utah’s northeast drilling fields, has flown under the radar for more than a century.

Like most things, it comes down to publicity. The Utah Tourism Office bombards tourists with clever marketing campaigns on the state’s “Mighty Five” national parks—Arches, Canyonlands, Bryce Canyon, Capitol Reef and Zion. Yes, the M5 are impressive, but Dinosaur, the unsung monument, spreads across 200,000 acres. That’s six times the size of Bryce Canyon, more than twice the size of Arches and fully equal in expanse to Capitol Reef.

Much of the attention deficit is because adventure seekers, even three hours away in Salt Lake City, think Dinosaur National Monument is just its “Wall of Bones,” a rock face with more than 1,500 partially exposed fossils from the Jurassic Period. The spectacular Quarry Exhibit is, of course, particularly fascinating for families wanting to plant the seeds of paleontology, geology and history in young minds. But Dinosaur National Monument is much more. 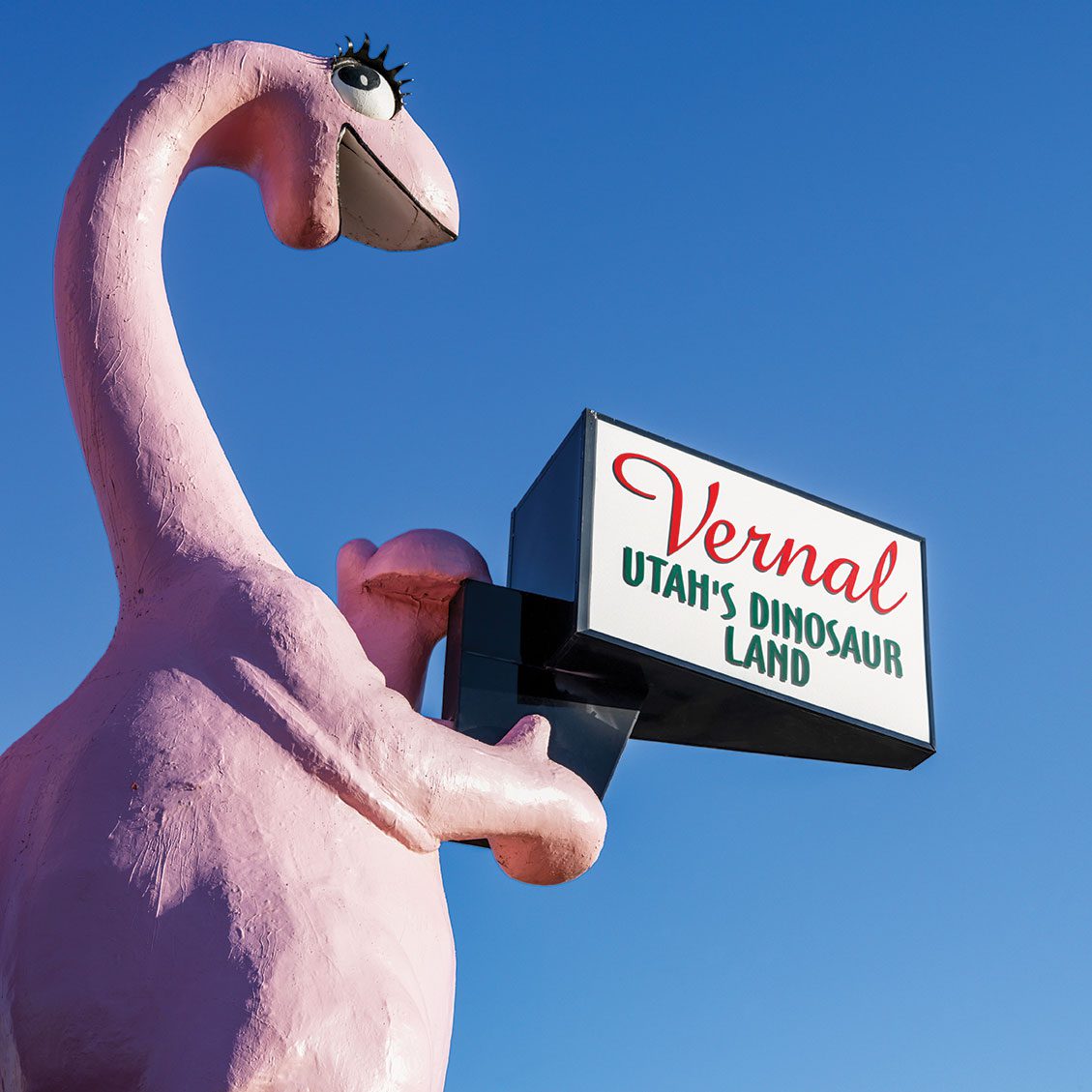 The Earl of the Dinosaurs

Paleontologist Earl Douglass at the Carnegie Museum of Natural History in Pittsburgh was given a mission worthy of Indiana Jones: “Dig up dinosaur bones east of Vernal.”  A few weeks later, Douglass was hiking the rocky ridges in northeast Uintah County on Aug. 17, 1909, when he saw a rock formation that had an uncanny resemblance to a sauropod dinosaur’s tail, sticking out of a rock ledge. It was, in fact, what it looked like, although the jury is still out on whether it should be called Apatosaurus or Brontosaurus (“Thunder Lizard”) as it had been when Douglass spotted it.

“It was a beautiful sight,” said Douglass, who would soon be joined at the excavation by his family and would not stop hunting the area’s 149-million-year-old fossils for the next 14 years. At this point in the story, grade-school-age dinosaur nerds usually black out in ecstasy.

Since Douglass’s sauropod, 800 sites have been excavated in the monument, turning up dinosaur fossils from the vicious 28-foot-long Allosaurus and Deinonychus of the “terrible claw” to Abydosaurus (another sauropod). To protect this paleontological treasure trove, President Woodrow Wilson designated 200,000 acres around it as a national monument in 1914. And other than President Barack Obama refurbishing the Quarry Exhibit Hall in 2009, nothing else has changed much in the last few million years. 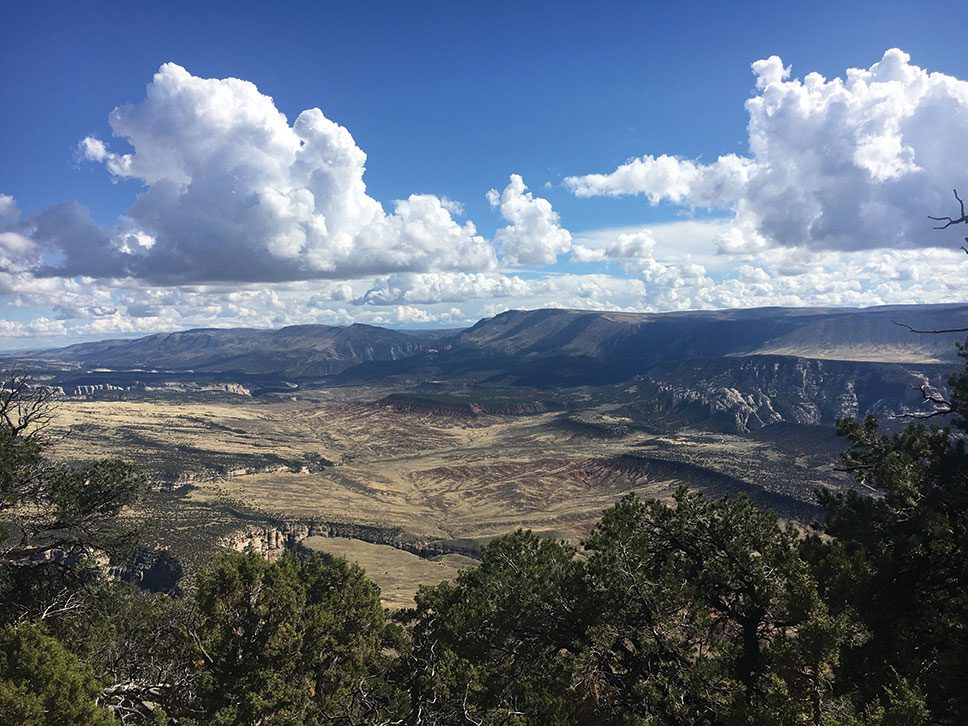 Dinosaur National Monument’s fossils make the three-hour drive from Salt Lake City worthwhile. But a more fundamental connection with the region’s geology awaits if you continue east, across the Colorado state line. There you’ll find the other Dinosaur National that straddles the Utah-Colorado line—where it’s cut into crazy layer cakes by rivers.

You’ll encounter vistas and hikes offering views matching any in southern Utah’s much-hyped and over-crowded red-rock country. The best part is that you’ll share your experience with few other visitors. You’ve entered the more than 90 percent of Dinosaur National that is wilderness. The quickest way to scout for hikes and camping is to drive the 31-mile Harpers Corner Road auto tour that begins just beyond the town of Dinosaur, Colorado. Stop at the Canyon Area Visitor Center just off U.S. Rt. 40 for a brief audio-visual program that will orient you to the lonesome side of the park. Pick up a tour guide and get any necessary backcountry permits at the bookstore. And check on talks, walks and stargazing programs. Along Harpers Corner Road, you can pull off at Plug Hat Nature Trail for a short, quiet hike that will introduce you to the pinyon-and-juniper forest ecosystem.

At the end of the road, a short hike leads to the Harpers Corner overlook where the Green and Yampa rivers meet at Steamboat Rock. Those odd stone disks underfoot? They’re the petrified stumps of ancient trees. A turnoff on Echo Park Road, impassible when wet, will take you past overlooks on the Yampa River, including Wagon Wheel and Castle Park.

The most spectacular way to Dinosaur’s remote canyons is by whitewater rafting on the rivers carving its geology. The Green and Yampa Rivers surge down from the high Rockies, winding their way across plains cutting through the Uinta Mountains. The rivers hose through tight channels amid dizzying cliffs—the result is whitewater rapids with names like Hell’s Half Mile. Families, groups and singles can leave the planning and heavy lifting to professional guides approved by the monument. The trip can be a day float or a multi-day adventure. 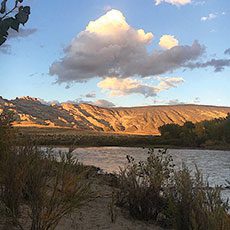 Going into Dinoland or coming out, Vernal is a trip.

When you can’t look at another interpretive plaque about another fossil or hike to yet another fabulous panoramic overlook, head for Vernal. There you’ll find a tourist town trapped, as it were, in 1950s amber, complete with cute pastel dinosaurs of subspecies that not even Hanna-Barbera could dream up. If a pink Brontosaurus with tres-glamorous false eyelashes doesn’t banish your camp fever, a burger with a couple local craft brews will. We recommend Vernal Brewing’s Allosaurus Amber.

At The Utah Field House of Natural History State Park Museum, a fossil garden and kid-friendly hands-on approach educates visitors. The visitor center at the museum offers maps, recreational tips and a staff that knows the local attractions, lodging and restaurants.

Altogether Vernal makes an excellent base camp for Dinosaur National Monument day trips, but note— the town is mostly closed on Sundays.  dinoland.com. 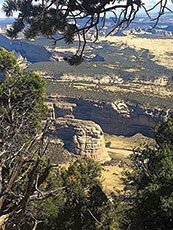 Despite sounding like a Lord of the Rings landmark, the Gates of Lodore is where John Wesley Powell began his float through the canyon in 1869. A short hike from the campground offers expansive views nearly unchanged from when the one-armed Civil War veteran led his expedition down river. nps.gov/dino

John Jarvie Historic Ranch: The ranch, along with a general store, a dugout, the stonehouse, the blacksmith shop and a cemetery, offers a window into 1800s pioneer life. utah.com/jarvie-property 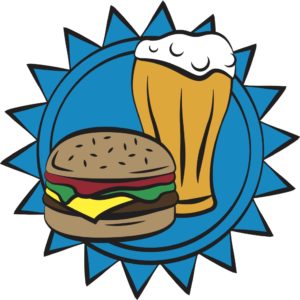 See all of our travel coverage here.

Salt Lake Magazinehttps://www.saltlakemagazine.com/
Salt Lake is your best guide to the Utah lifestyle. From food to fashion, travel and the arts, Salt Lake magazine has something for everyone. Follow us on Instagram, Facebook and Twitter @SLmag.
Previous article
Chom Burger: What makes a family happy? Hamburgers make a family happy.
Next article
SecurityNational Mortgage Company: Choose Your Dream Sweepstakes