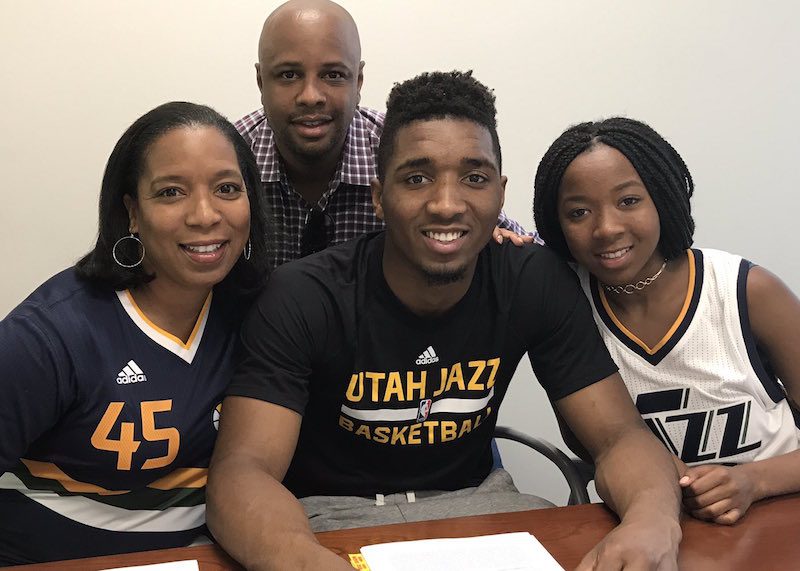 Donovan Mitchell: The beginning of a Jazz romance.

On NBA Draft night, the Barclay Center in Brooklyn filled with wide-eyed young men in tailored suits waiting to hear their name. The Utah Jazz had their sights and interest set on one player, University of Louisville sophomore Donovan Mitchell. And the stars aligned.

After being selected, Mitchell was interviewed about the Jazz saying, “Man I’m excited. Love that organization, love everything about them.”

First, Mitchell’s absurd length and athleticism gives the Jazz a player who can guard the likes of league MVP Russell Westbrook and Damian Lillard, two of the Jazz’s toughest inter-division foes. Offensively, Mitchell is shooting the lights out and dunking at every chance in the Salt Lake City and Las Vegas summer leagues, only adding icing to the cake for any Jazz fan.

But Mitchell’s off-the-court performance is what will endear him to even the casual fan. He’s extremely active on his social media accounts (@spidadmitchell on both Twitter and Instagram), on Twitter he’s happy to respond to fan questions and on Instagram he’s constantly posting new photos as well as updating his IG story. Much of it is dedicated to his loving family—including mother Nicole and father Donovan Mitchell Sr.—a value Utahns think they have the lock on.

And he seems delighted to be in Salt Lake City—something Jazz fans aren’t used to in NBA players. (What’s more endearing than his posting a shot of the SLC skyline from an I-15 exit?) 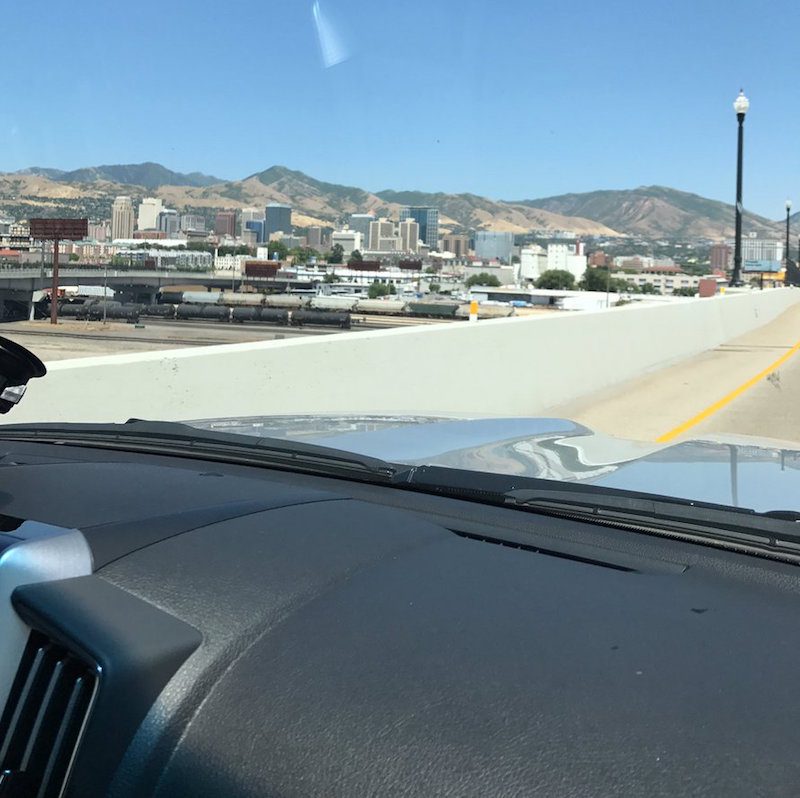 Utah is widely stereotyped as a place to strap down, marry at 20, and raise a family, a big, big family. And raise no hell, whatsoever. This perception is so widespread that in last year’s playoffs several Golden State Warriors players made it known to national media that as far as nightlife goes, Utah is not the place.

The Utah Jazz fans and merchandiser company, Fanzz did not take this accusation lightly, and reacted with the “#Nightlife” T-shirt. Jazz fans proudly painted the stands with the navy blue shirts. If Mom, Dad, Braeden, Jaeden, Kaeden, McKaela, McKarly, MaCade, Payzlee, Tynzlee, and the rest of the gang were going to roll out to Hires for a post-game shake—the world was going to know Salt Lake has another side to it and the bars and clubs to service it.

Donovan Mitchell, who is nicknamed “Spider” because of his ridiculous wingspan (six-foot-ten-inches, finger tip to finger tip, on a six-foot-three-inch frame), will turn 21 in less than two months in a city, the world has been told, without nightlife.

Let’s clear up some myths about Spider’s new hometown. Although Salt Lake City bars and clubs may forever face an uphill battle against a teetotaling Legislature, they have been persistently creative and any imbiber can find a drink, whether it be a artisan cocktail, a craft beer or world-class wine list. (And with Mitchell’s positive attitude toward our city, he’ll probably never have to pay for a drink.)

One thing is certain, when last call is looming, a six-foot-ten-inch wingspan will get the attention of the busiest bartender.