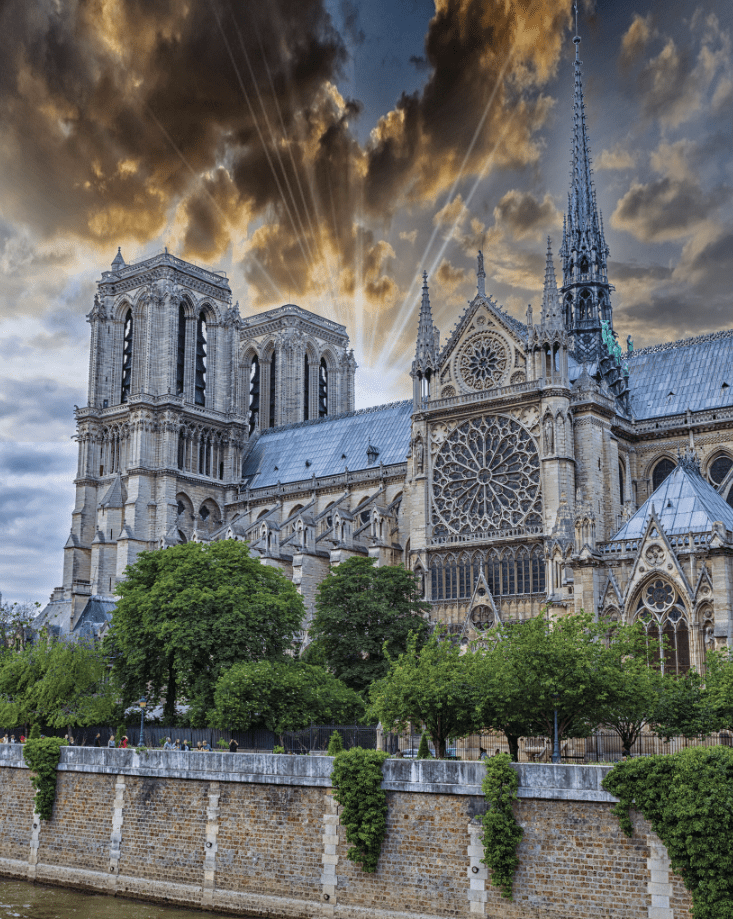 In the past, traveling to Europe from Utah was an all-day affair, full of transfers and hours-long layovers. For those flying from Salt Lake International Airport, traveling to Paris meant a flight to Atlanta or New York City, then a long haul to Charles de Gaulle Airport in France. Add the return trip, and two full days of vacation could easily be burned on transport alone.

These days, a traveler can board a plane at SLC at 5 p.m., don a sleep mask, and wake up in the City of Lights in time for a brunch of Champagne and Croque Monsieur.

Paris is one of three nonstop transatlantic flights now offered by Salt Lake International Airport, thanks to government and business officials who campaigned heavily for airlines to see Utah as a viable hub for international travel. Paris was the first destination on the ticket, as it made logistical sense: “We look at underserved markets for nonstop service as well as markets passengers can connect to from a destination,” says airport spokesperson Nancy Vollmer. “Customers traveling beyond SLC and Paris had more than 200 destinations to connect to utilizing both Delta and Air France Flights.”

The Paris flight was an instant success, prompting airlines to explore additional routes from SLC. Amsterdam was soon added to the flight schedule, followed by London. Today, Salt Lake City is the only airport in the Mountain West offering multiple nonstop flight options to Europe.

Convenience, of course, comes at a cost—nonstop flights from SLC to Europe average 100 dollars more per round-trip ticket. But for travelers like Scott Rogers of Ogden, expediency is priceless. “It’s well worth the money to save the time and hassle of connecting in Houston or Atlanta, which is how I have usually gotten to London,” says Rogers, who travels to the UK frequently for research work. “There are a lot of advantages for a direct flight—it takes less time, less stress over making connections, less chance of baggage getting lost. I can’t think of a single downside.”

With nonstop flights from SLC, a weekend or even quicker trip across the pond is possible. For those low on time and high on wanderlust, 48 hours is all that’s needed to make the most of these destinations:

Perfect for: Romantics and sartorialists.

There’s a reason millions of tourists visit Paris each year—this grand, historic metropolis celebrates beauty and sumptuousness in everything from architecture to food.

Eat: Food, wine, bread, chocolate—there is no shortage of deliciousness in Paris. Treat yourself to a traditional French meal at Les Enfants Perdus, where sidewalk tables allow you to linger over Bordeaux while taking in the old-meets-new charm of the Canal St. Martin district.

Play: The famed Notre Dame Cathedral features ornate Gothic details and a gargoyle’s view of the city. After exploring the sculptures and stained glass, stroll across the Seine river to explore the Le Marais neighborhood surrounding the exquisite City Hall. There, you’ll find unique shops and bars to satisfy every whim.

Stay: Paris is loaded with small boutique hotels that simply ooze charm and romance, like Hotel d’Aubusson, a 17th-century mansion converted to a 49-room hotel in the old-world Saint-Germain district.

Perfect for: Foodies and meanderers.

In Amsterdam, anything goes. With equal enthusiasm for history and innovation, the Dutch capital is a natural playground for chefs, artists and architects. Everywhere you turn, another cool discovery awaits.

(delicious with a cup of coffee) and rookwurst, a sweetly smoked sausage. But the melting pot of Amsterdam culture is delicious—Afghan pasta, Thai curry and Spanish ham are among the highlights of the restaurant scene.

Play: Tear up the itinerary and simply wander. Amsterdam’s bike system—widely regarded as one of the best in the world—is a perfect way to see delightful architecture and picturesque neighborhoods. If you’re tired, hop aboard one of the many water tours available in the canals.

Stay: Hotel Clemens, a small, family-run hotel, puts you in the heart of Amsterdam at an affordable price. The city’s most-visited features, including the Anne Frank House, the Red Light District and City Center, are all just steps away from the front door.

For new adventurers, London is a perfect wade into the waters of international travel: The language is the same, public transportation abounds and Londoners are generally polite and helpful.

Eat: Skip the touristy chains in Covent Garden and the West End districts—instead, head to Bermondsey, near the London Bridge, for the Maltby Street Market. This street-food district features everything the locals love, from hearty fish & chips to robust curry dishes.

Play: The London Eye, the world’s tallest observation wheel, gives visitors great views of the city. Other favorites include the city’s royal heritage sights, including the Tower of London and Buckingham Palace. For traditional Shakespeare, there’s the Globe Theatre.

Stay: After exploring the city, camp out at Dino Snores for Grown-Ups, an adults-only overnight at the Natural History Museum. Admission includes live music and comedians, a three-course meal, gin sampling, sleeping among the dinosaur exhibits and a full English breakfast—yes, with beans—in the morning.