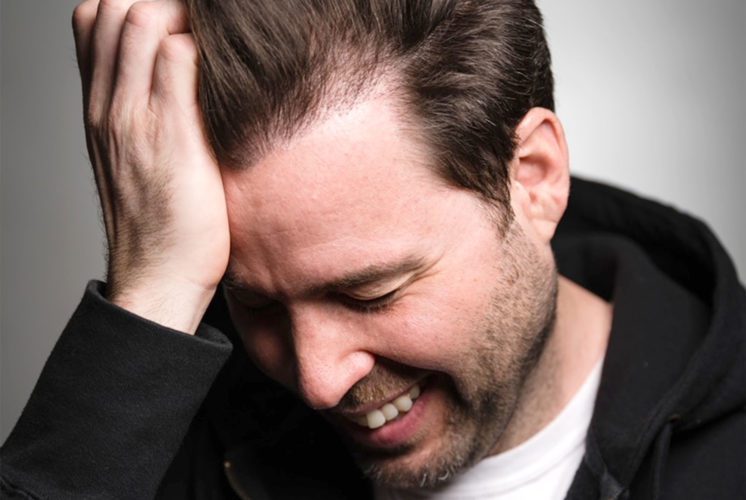 Andy Farnsworth returns to The State Room to record his second stand-up comedy special. His latest release "Between Haircuts" was a SiriusXM Raw Dog Comedy Top 10 Standup Album of 2020. Get your hair done, put your makeup on, and come be a part of Salt Lake City comedy history. Doors at 7 pm / Show at 8pm. 21 and over only.

Andy Farnsworth’s signature brand of autobiographical “fun meltdown” comedy was born in Chicago, styled in Los Angeles, toughened in New York City, and tested in a casino five miles outside of Butte, Montana.

Along with his standup, Andy’s Wandering the Aisles podcast is quickly gaining note among comedy fans and hardcore podcast enthusiasts alike. Described as “Impulse buys with commentary from Earth’s most interesting regular people,” the show was created in 2014 as an out-in-the-world documentary happening that explored New York City on foot. Collaborative curiosity and emotional explorations guided these journeys to places such as the Staten Island Ferry, Central and Prospect Parks, Alpha Donuts in Queens, the Union Square subway station, and a Brooklyn Barber Shop.