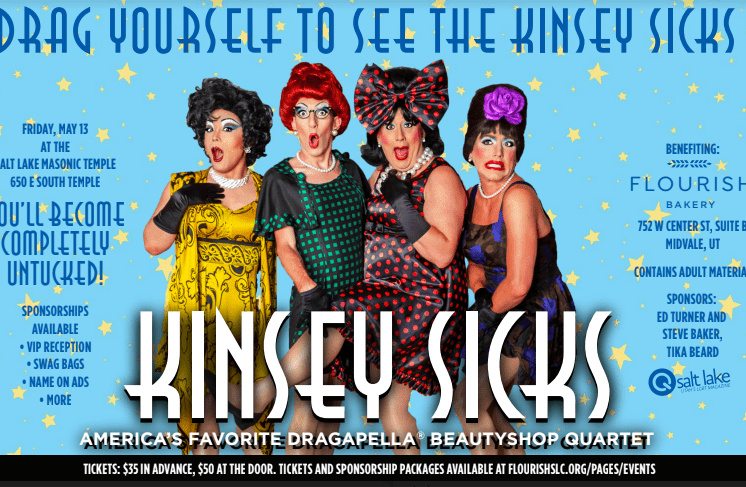 For over 25 years, America's Favorite Dragapella® Beautyshop Quartet has served up a feast of music and comedy to audiences at performing arts centers, music venues, and comedy festivals throughout the US and around the world! Their phenomenal performance record includes an Off-Broadway show, an extended run in Vegas, two feature films and three concert DVDs, ten albums, and appearances in over 40 US states, Canada, Mexico, Europe, and Australia. The Kinsey Sicks' award-winning a cappella singing, sharp satire, and over-the-top drag have earned them a diverse and devoted following.

Join us on Friday, May 13th for an evening you will not likely forget. It's the hottest ticket in town in a theatre few get to see. Be warned though, the show will be performed with a handbag full of fun with a touch of bawdy humor. The Kinsey Sicks are so much more than a cabaret act, the Masonic Temple is more than a theatre, and Flourish is more than a Bakery.