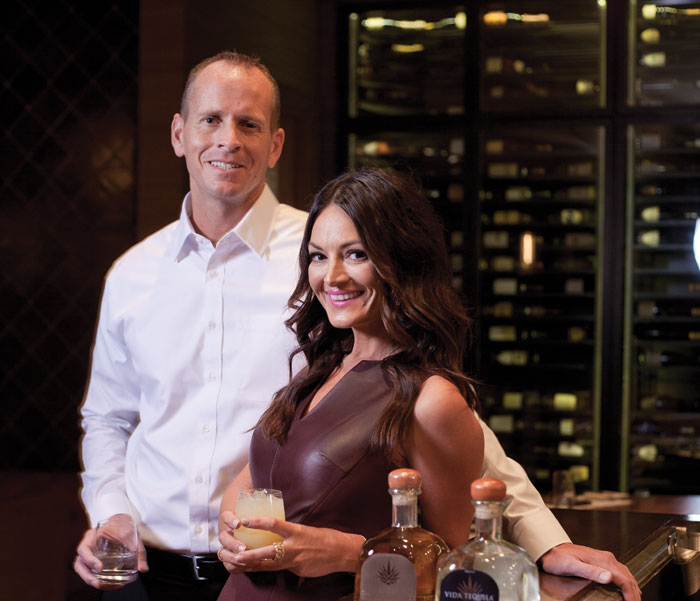 While in Mexico in 2003, entrepreneur John Barlow was approached by a business associate with an idea to start a boutique tequila distillery. Barlow jumped in, acquiring a partner in Jalisco, Mexico. “We took a risk entering a space where we had no experience,” Barlow recalls.

“When we started it, tequila wasn’t cool,” John’s wife and business partner Lisa adds. “But now, people are really gravitating to tequila, creating sleek, elegant cocktails. Tequila is for everybody.”

The Barlows are active Mormons, which makes Vida Tequila a curious investment path. But as Lisa explains, their interest in spirits and distilling was purely a business choice. “We love the industry we’re in. We’ve never looked at it as a religious wrong decision,” she says. “I love my business and I like my religion, too. It’s about being a good person and doing good things for people.”

Indeed, the couple, who live in Draper, has an “open door policy” when it comes to providing for their friends and family. “We really enjoy entertaining,” John says.

For Lisa that attitude led to co-founding Silver, the chic Main Street Park City restaurant, in 2011. “It’s fun to be part of the ever-growing food scene in Park City,” Lisa Barlow says. “It’s not even the same as it was two years ago.”

Recently they broke ground on a second home in Park City—that will be their official base for frequent forays and soirees in the mountains.