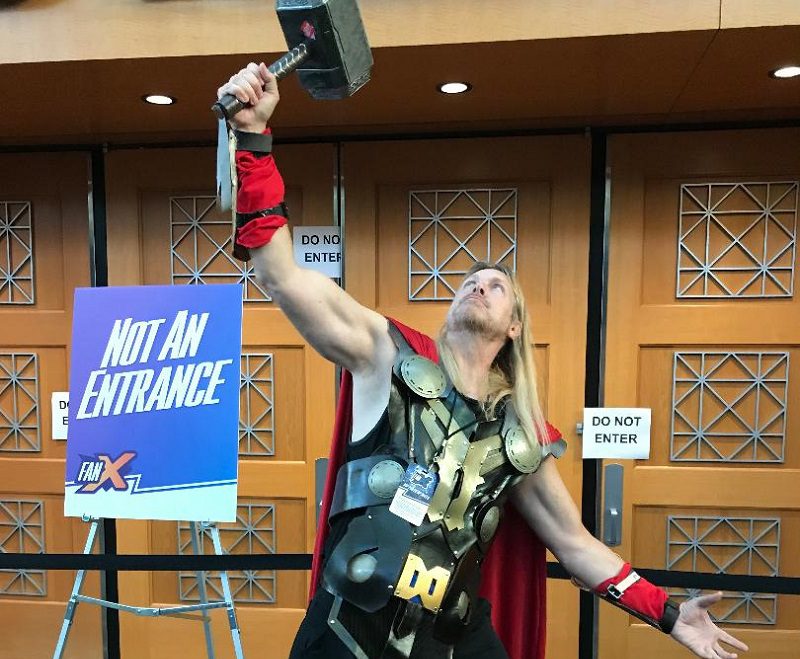 FanX 2018 – Artist Alley, the Batmobile and So Much Cosplay – Day Three

As FanX 2018 came to a close, cosplayers — the folks you saw wandering SLC’s streets in weird costumes this weekend — stepped up their game. Along with the intricate, stunning or just plain confusing costumes fans wore to Salt Lake’s big pop culture convention, crafty vendors, talented artists and interesting panels made day three worth braving the sweaty crowds at the Salt Palace.

We started the day by hitting the vendor floor for interviews. We spoke with professional cosplayer Larissa Paige about her experience at the convention; we asked David Scott, president of Flying Saucer Beds, what it’s like sleeping in a bed shaped like an alien craft; and we found out how fast the Batmobile can go from the “Caped Crusader.”

We also hit Artist Alley to speak with FanX regular and fan-favorite artist Adrian Ropp about his work. While in Artist Alley, we marveled over a Winnie the Pooh/Deadpool crossover by artist Erik Stitt, surreal fantasy work by Halley Jean Bruno and portraits of popular and original characters by Ruth Clark, who sells art as Rootis Tabootus.

And we couldn’t meet enough costumed fans. Here are some of our favorite cosplay costumes from day three:

We ended the day by checking out the cosplay contest in the Grand Ballroom, where we witnessed Master Chief from the video game Halo getting down with his bad self.

When you run out of celebs you want to meet, money for artwork and panels that pique your interest at the next convention, buy yourself a Czech Pilsner from Bohemian Brewery at the convention dining area. As you stroll around, take a drink every time you:

Why would we leave FanX with money in our wallets? It’s not like we have to buy food for our families. 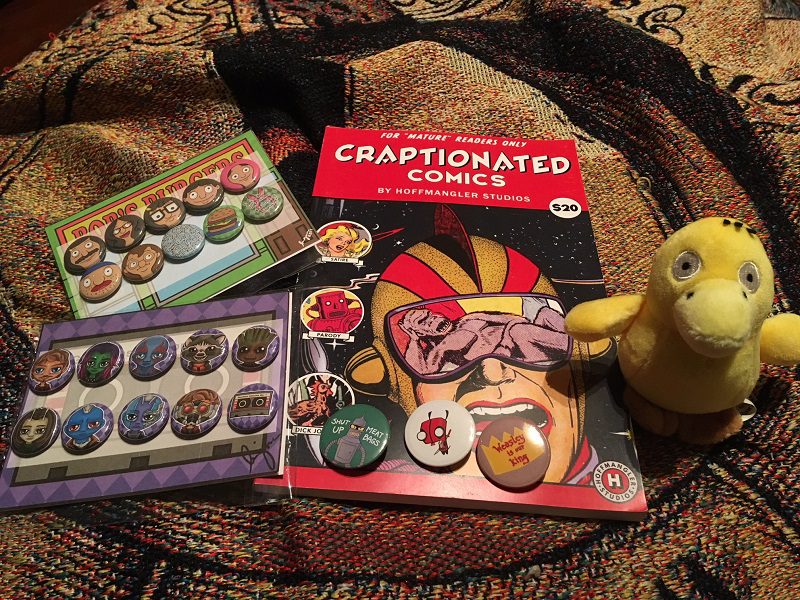 We left the convention with a plush Psyduck from Pokémon, Craptionated Comics from the local creators at Hoffmangler Studios and about two dozen pins, including Enchanted Enigma Crafts sets featuring Bob’s Burgers and Guardians of the Galaxy characters.

The 2018 FanX Salt Lake Comic Convention was held Sept. 6–8 at the Salt Palace Convention Center, SLC. See our coverage from day one and day two as well.

Jaime Winstonhttp://www.saltlakemagazine.com
Jaime is a contributing writer for Salt Lake magazine. Formerly, he served as our editorial intern, then as our assistant web editor, and, finally, as our web editor. Now, he works full time at Weber State University, where he talks to ducks and people think he's crazy. While he covers many different topics, he is especially interested in nerdy entertainment, from artist alley at FanX to Sundance's Midnight screenings.
Previous article
Park City’s ’James Beard Five’ Tests out the Menu on, Well, Us
Next article
Alpine Distilling Gins Up Magic at 350 Main in Park City