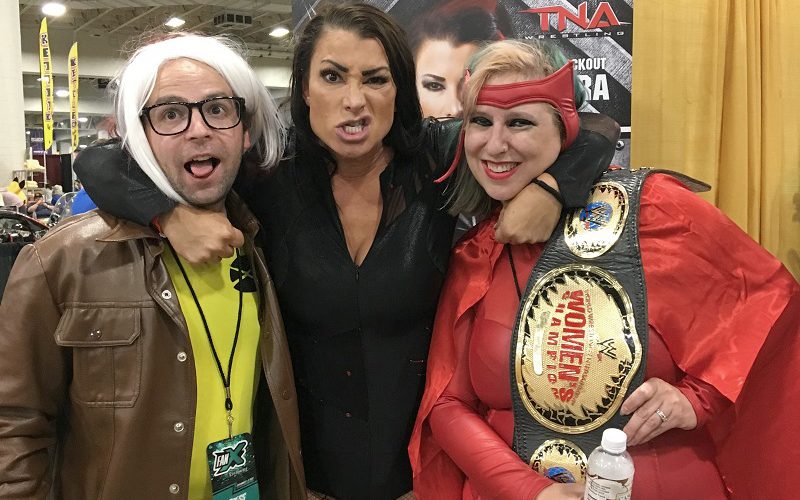 I may have cried a little when I realized I’d miss FanX day one. Luckily, I lived vicariously through Salt Lake magazine reporter Johnny Thomas, who documented his experiences on the first day of Salt Lake’s big pop culture convention. Day two also offered its share of amazing cosplay, celebrity encounters and general nerdiness. Full report below the video.

We started our day by hitting the vendor floor to interview business owners and cosplayers. Highlights included Archie Comics artist Dan Parent; representatives of Virtualities, a new VR arcade that recently opened at The Gateway; and a Batman cosplayer, who could easily stand-in for Ben Affleck in the next Justice League film.

We also witnessed artist Rob Prior creating life-like nerd art in a live demonstration and a remote controlled BB-8 rolling around the Salt Palace.

Cosplay highlights also included me finding another cosplayer taking on the role of Rogue from X-Men and one fan’s Batman Beyond armor. 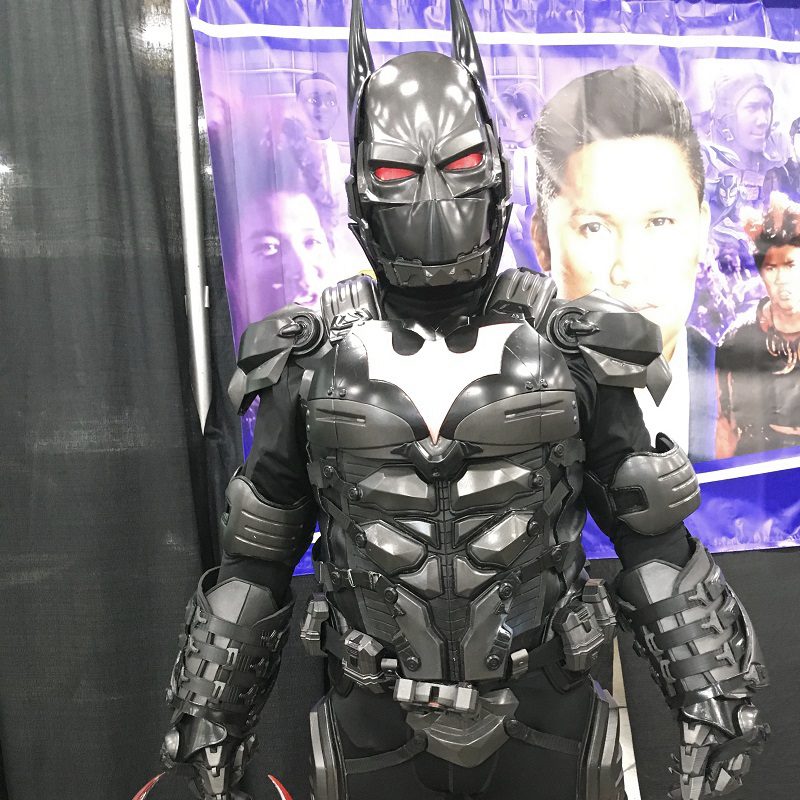 We ran into former WWE wrestler Victoria, who also goes by her real name Lisa Marie Varon. As one of the celebrities who didn’t receive much advertising, Varon’s line is short. You can catch her at the Superheroes In Training booth, where you can purchase a Funko Pop! doll and have Lisa put you in a headlock. (Hey, it’s better than being on the receiving end of her finishing move, the Widow’s Peak.). 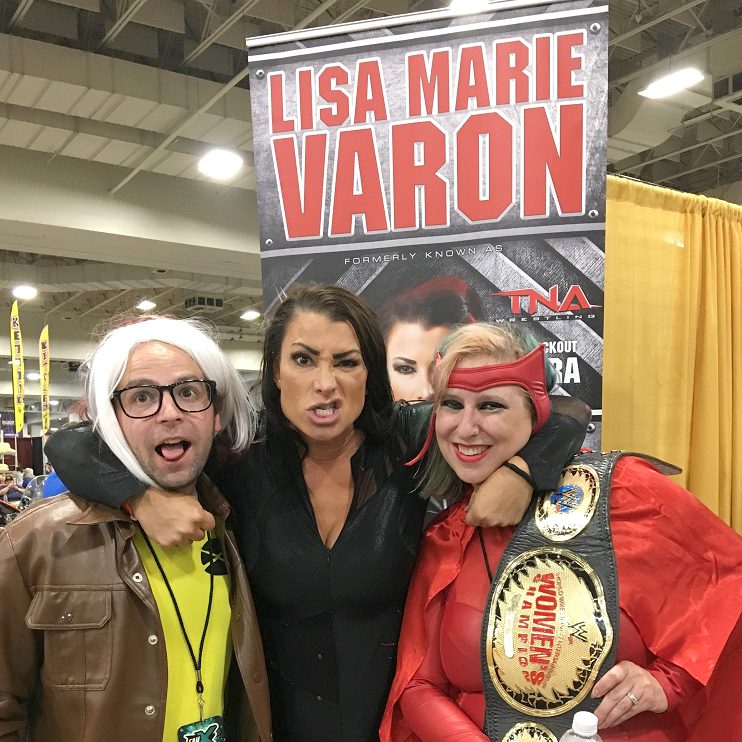 We also reminisced with Freddie Prinze, Jr. (She’s All That) about his time on Scooby-Doo and his guest-starring role on Friends, and discussed what it’s like playing Dwight from The Walking Dead with Dwight himself, Austin Amelio.

While roaming the floor, you’ll also want to check out the Evermore area, which offers a preview of what the immersive theatrical experience will be like when it opens in Pleasant Grove. Along with the Old-World-hamlet-type setting, we were impressed by the actors, including a creepy goblin and witch who were surprisingly kid-friendly.

We had lunch at Fat Jack’s, which offers the best burgers within walking distance of the Salt Palace, and dinner at Carnegie’s Public House, which offers 25 percent off for anyone in costume during FanX.

Nerds don’t leave FanX without spending all of their cash. 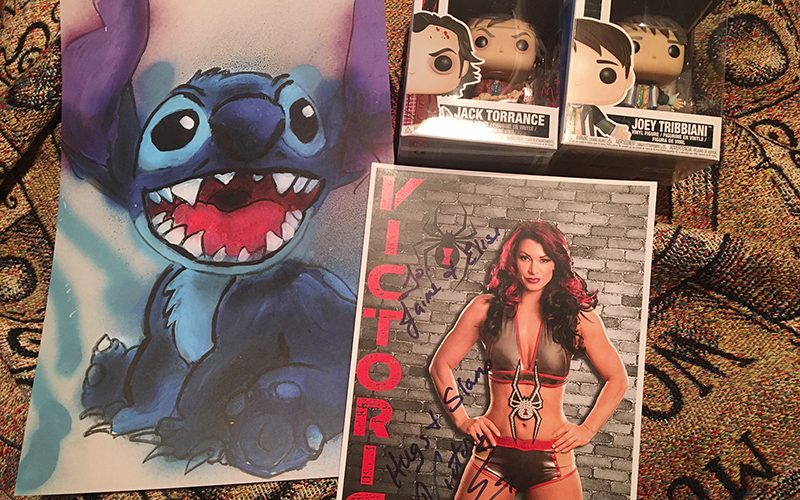 We left with his and hers Funko Pop! dolls (Jack Torrance of The Shining and Joey Tribbiani from Friends), Lisa Marie Varon’s autograph and a print of Stitch from Change4Love, a non-profit that provides free art prints and paintings to children in need.

See all of our FanX coverage here.

Jaime Winstonhttp://www.saltlakemagazine.com
Jaime is a contributing writer for Salt Lake magazine. Formerly, he served as our editorial intern, then as our assistant web editor, and, finally, as our web editor. Now, he works full time at Weber State University, where he talks to ducks and people think he's crazy. While he covers many different topics, he is especially interested in nerdy entertainment, from artist alley at FanX to Sundance's Midnight screenings.
Previous article
FanX: An Experience Built for the Fans – Day One
Next article
In the Magazine: Are We Doing that Straw Ban Thing?