FanX, Salt Lake City’s big pop culture fan convention, returned to the Salt Palace Convention Center for its slightly scaled-back spring 2019 event — two days of instead of the usual three, no carnival-like press conference, no panels at the Vivint Arena, fewer A-listers. Of course, even scaled-back, FanX spring 2019 is big. This weekend, fans are meeting stars like John Cleese, Zachary Levi and Alice Cooper (yes, really); dressing as their favorite characters and meeting the geniuses who invented them; buying work from local and traveling artists; and discussing deeply important issues, like whether or not Thanos was right in Avengers: Infinity War (he was). FanX runs through April 20.

After my first coffee cup, I was granted the opportunity to chat with Garrett Wang (Ensign Harry Kim, Star Trek: Voyager). After a long break from Hollywood, 2005 to two weeks ago, Wang says he’s excited to go back.

While new projects may be on the horizon, he looks fondly on his time on Voyager. One of his favorite moments was filming the pilot episode, Caretaker. “Going on location to the various places we went to, it was a very exciting time, just getting to know the actors that I would end up being friends with for the next seven years.” Wang added that he’s appreciative of Crazy Rich Asians, since the film has opened doors for more Asian male leads.

Fan-favorite artist at the convention, Camilla d’Errico, was also up for a chat.

This year, she is showing off her new mermaid coloring book, along with other new merchandise, including pins and clothing featuring her artwork. Yesterday, she held a panel on artwork for coloring books. You can meet d’Errico and check out her surreal, bubbly pop art at booth 413, or browse her Etsy store.

Going from two stars to a third, I grabbed a coffee and headed to John Cleese’s panel, where the comedic legend didn’t pull punches. “It’s quite nice being old, because you just don’t give a fuck,” Cleese said. “Climate change? Who cares?” Clearly, Cleese doesn’t. Over the course of his panel, he roasted the Utah Jazz for their contradictory name, President Donald Trump for having “never read a book,” and even his former Monty Python colleagues, mentioning that Michael Palin’s travel programs have been “ass-achingly boring.” However, Cleese only had good things to say about his work with Megan Mullally on Will & Grace. For more of Cleese’s blunt humor, see his Las Vegas show in November. 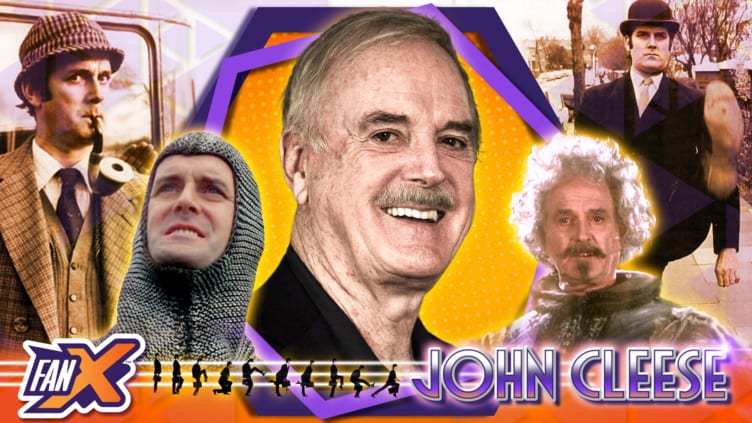 Maybe the best part of FanX is what you see when you’re on your way somewhere else. Between interviews, panels and cups of coffee, I met incredible artists, took a peek at nerdy fun like a court room to get a final verdict in nerd disputes and the KidCon princess tea party (read our write-up on KidCon), and marveled over fans’ intricate costumes.

The day ended just as wonderfully as it started, with a Hogan’s Hero dog and beer at Fat Jack’s Tap House, directly across the street from the Salt Palace. 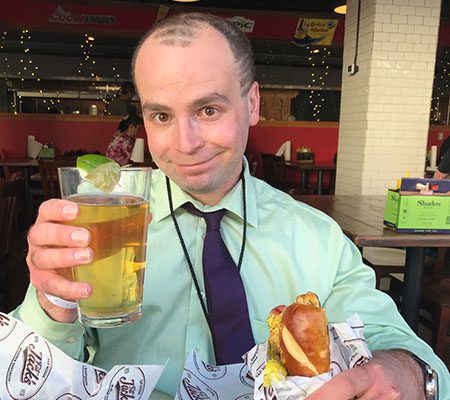 One last thing: The cleanest set of bathrooms at the Salt Palace seem to be the ones just north of the vendor hall on the lower level, near the area fans are taking photos with celebs. All of that coffee led me to use pretty much all of them.

Look for a recap of day two from our writer Johnny Max Thomas.

Read all of our FanX coverage here.

Jaime Winstonhttp://www.saltlakemagazine.com
Jaime is a contributing writer for Salt Lake magazine. Formerly, he served as our editorial intern, then as our assistant web editor, and, finally, as our web editor. Now, he works full time at Weber State University, where he talks to ducks and people think he's crazy. While he covers many different topics, he is especially interested in nerdy entertainment, from artist alley at FanX to Sundance's Midnight screenings.
Previous article
Saving the Animals and Eating the Vegetables in Kanab
Next article
Go West with Modern West’s New Space