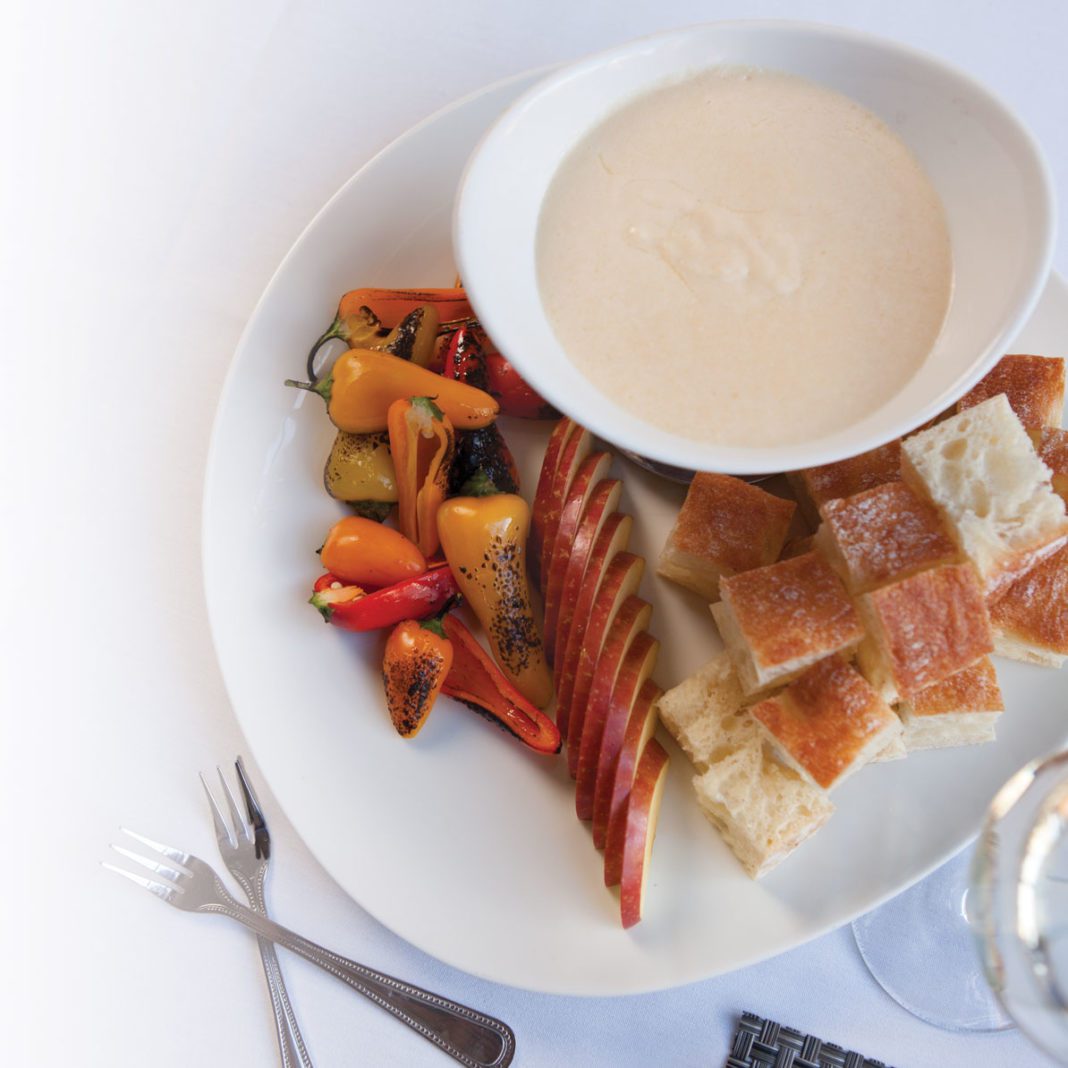 Fondue isch guet und git e gueti Luune” means “fondue is good and creates a good mood.” Abbreviated as “figugegl,” it was one of the (silly) slogans used by the Swiss in the 1930s to promote fondue as their national dish, and, along the way, sell lots of Gruyère cheese. Of course, the Swiss and probably any culture with a lot of herd animals in the mountains had been eating a form of fondue since cheese was invented. But its perfected form—stabilized with a cornstarch roux, thinned with wine, a vehicle for bread—is a 20th-century recipe, made wildly and justly famous by American partiers in the 60s. A natural in the Utah mountains, lots of places serve a version of fondue. Dip it.

Where to get it

Mary Brown Maloufhttps://www.saltlakemagazine.com/
Mary Brown Malouf is the late Executive Editor of Salt Lake magazine and Utah's expert on local food and dining. She still does not, however, know how to make a decent cup of coffee.
Previous article
John O'Hurley: A Man with Standards
Next article
Utahns embrace a whole new kind of drinking culture.