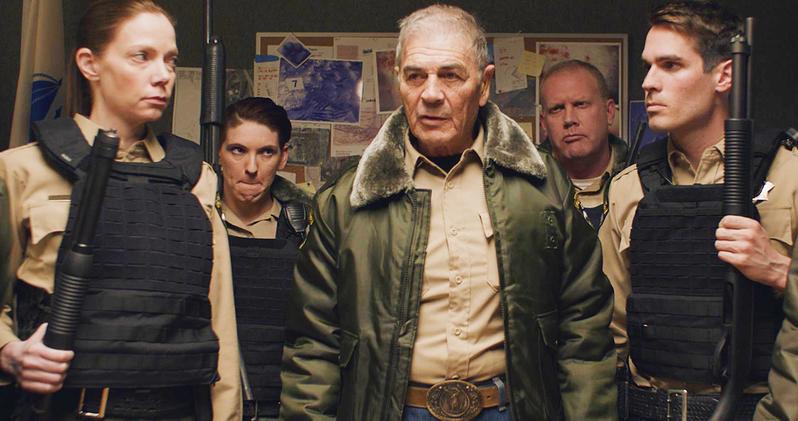 Tis the season for spooky movies, and a locally shot film recently made available for purchase on several streaming services is here to save us from coronavirus-induced boredom by scaring us while we’re glued to our couches. Wolf of Snow Hollow—the second film from writer, director, actor Jim Cummings after 2018’s acclaimed Thunder Road—is a moody horror film about a series of brutal murders in a small ski town ostensibly committed by a werewolf. While that setup would hint at a campy romp, Wolf of Snow Hollow is more of a deft tonal balancing act, vacillating between terror, comedy and interpersonal drama.

Cummings stars as a police officer whose mental health unravels as he deals with the stresses of addiction, a father with failing health, rocky relationships with his family and a rising body count in the isolated mountain town. Complicating things, his father also happens to be the town’s obstinate sheriff, gamely portrayed by the late, great Robert Forster in his final role. It isn’t difficult to imagine how the plot develops. Without spoiling much, some murders happen, some crappy police work gets done, some fingers get pointed and there are a few twists and turns along the way.

It isn’t the procedural aspect of the movie which makes it compelling but is instead what happens between the moments of violence and gore. Marshall’s anger management issues manifest with eccentricity and hilarity in a way that will perhaps feel familiar to those who have seen Thunder Road, but are nevertheless fun and affecting. There’s a tacit acknowledgement of the perpetual horror wrought by misplaced masculine ire, and the varying levels of obliviousness characters bring to that reality underscore both the film’s lightest and darkest moments. 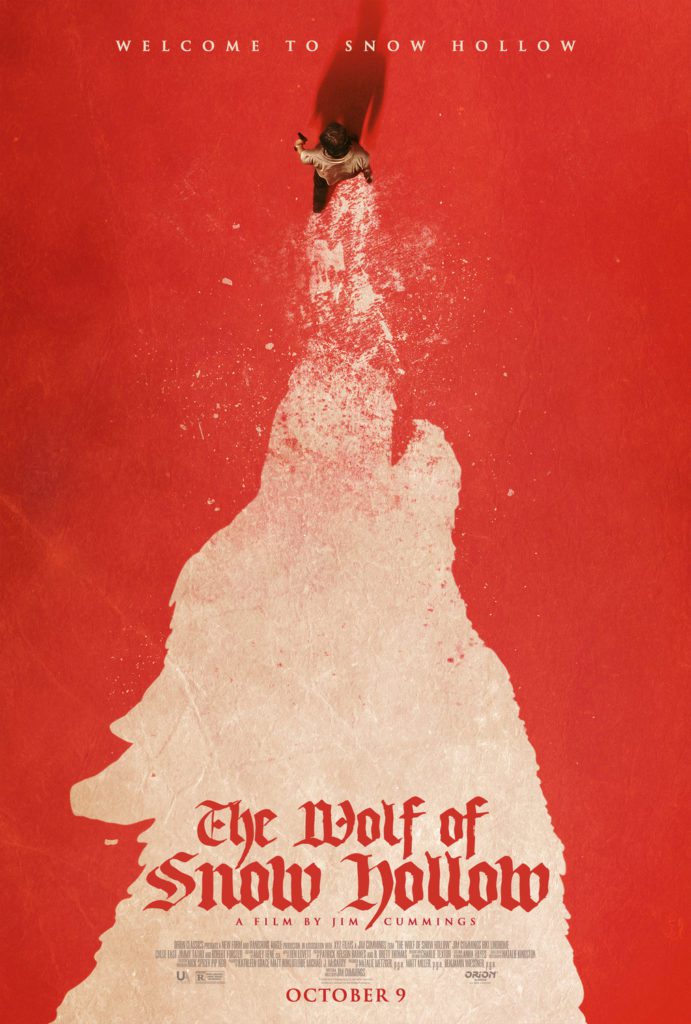 Cummings isn’t shy about his influences. There are obvious nods to Cohen brothers’ classics like Fargo—Ricki Lindhome’s dry competence amid systemic police ineptitude as Officer Julia Robson is a terrific homage to Francis McDormand’s Marge Gunderson—and any number of clever horror films you’ve seen. That familiarity isn’t necessarily a bad thing. Any film that can make you laugh and recoil in equal measure should be applauded, and Wolf of Snow Hollow feels undeniably original. In the “your mileage may vary” department, supporting characters go relatively unexplored. I was unbothered by the lack of background development, feeling it contributed to the taut pacing and crisp 83-minute runtime, which serve the slow-burn story well.

Even if I haven’t convinced you to watch Wolf of Snow Hollow on its merits as a deadpan horror-comedy, it’s worth watching for the gratuitous Utah scenes alone. The credits begin with a sweeping shot Mount Timpanogos before cutting to a shot of Park City Mountain’s Jupiter Peak. The film’s action opens with a visiting couple from Los Angeles getting into verbal altercation with some local ruffians at The Notch Pub in Kamas. Someone meets a truly gruesome fate in Solitude’s parking lot right in front of the Moonbeam Express chairlift, and the Summit County Courthouse in Coalville is home to the fictional Snow Hollow Police Department.

Long story short, the writing and performances in Wolf of Snow Hollow are top-notch. Cummings’s dialogue is acerbic and witty, and the film is a fitting sendoff to a beloved actor in Forster while being a welcome opportunity for Lindhome to shine. I give this the film 3.5 mangled corpses out of four. Happy Halloween, everyone.

Tony Gillhttps://www.saltlakemagazine.com/
Tony Gill is the outdoor and Park City editor for Salt Lake Magazine and previously toiled as editor-in-chief of Telemark Skier Magazine. Most of his time ignoring emails is spent aboard an under-geared single-speed on the trails above his home.
Previous article
Embark on your Halloween adventure at Evermore
Next article
Salt Lake Mag’s 2020 Cocktail Contest