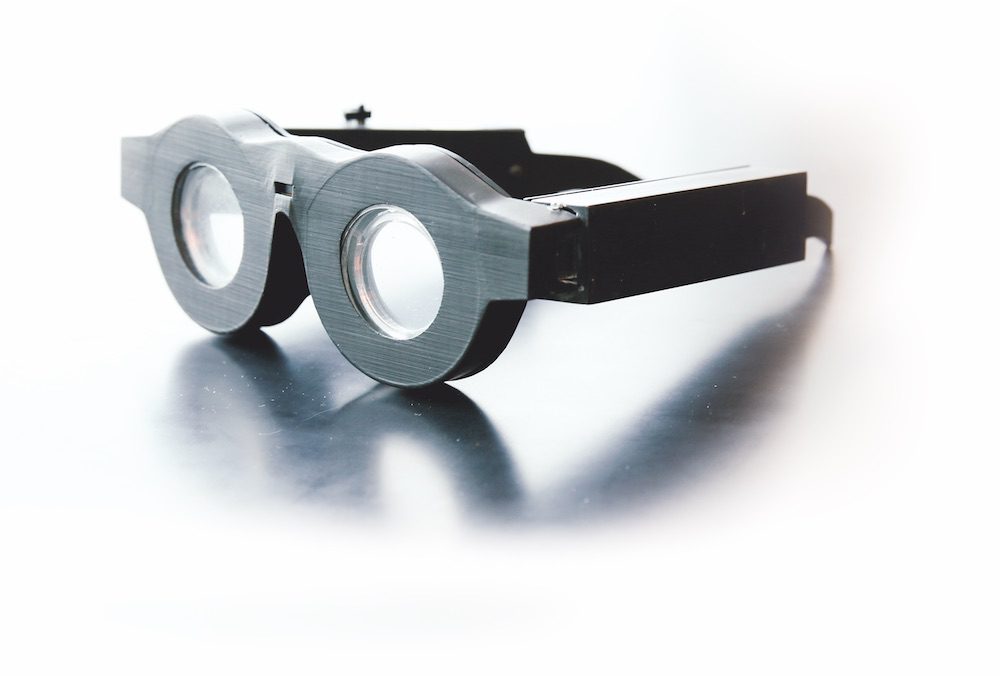 In Focus: A U of U engineering professor brings Eyeglass Technology into the 21st Century

“I take them on and off throughout the day, depending on whether I need to see near or far,” laments Mastrangelo. “If I need both, it is impossible. Like driving: I need to see cars ahead, so I do not wear glasses, but then I can’t see anything on the dashboard. Try using the GPS when you have this problem!”

Mastrangelo was disheartened at the lack of innovation in vision technology: “The latest multifocal lenses were developed in the ‘50s. Today’s solutions are based on 70-year-old technology.”

For a 21st century fix, the University of Utah engineering professor applied his knowledge of micro-fluidics, or the manipulation of fluids on an infinitesimal scale. His resulting “smart glasses” have liquid lenses which adjust their focus automatically. The lenses are programmed and fine-tuned with a smartphone app. If your prescription changes, as most do every two years, you don’t need to buy a new pair of glasses. Enter the new prescription into the app and the correction changes.

“This technology will revolutionize eyeglass technology, as it solves problems that cannot be solved with conventional eyeglasses,” says Mastrangelo.

Though the design still needs refining—the current prototype resembles a thicker, heavier version of Iris Apfel’s iconic spectacles or the X-ray glasses advertised in the back of  50’s comic books—Mastrangelo expects to see a consumer-ready version on shelves in late 2017, with mass market production by 2019. 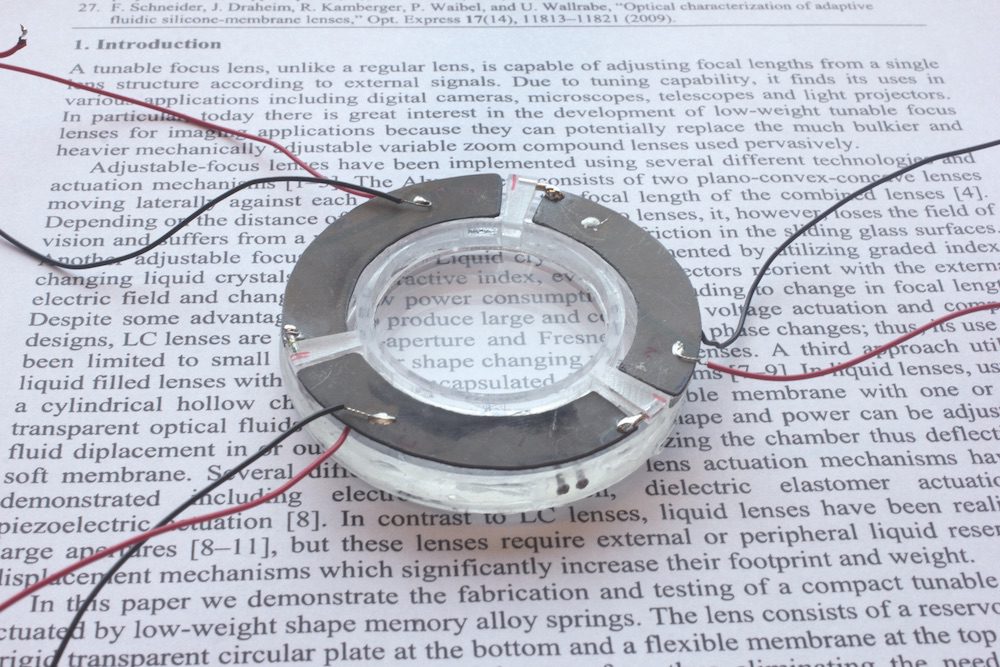