Community Communication With UMOCA’s ‘For Freedoms’

One of the best things about living in this ultra-tech time is our access to seemingly unlimited information. And yet, with all our means of communication, we struggle to do just that—communicate—but we still want our voices heard.

Utah Museum of Contemporary Art (UMOCA) provides a space for conversations in their new show For Freedoms. Founded in 2016 by artists Hank Willis Thomas, Eric Gottesman, Michelle Woo and Wyatt Gallery, For Freedoms describes itself as “a platform for creative civic engagement, discourse, and direct action.” The name is a riff on Norman Rockwell’s Four Freedoms, a series of portraits referencing the four freedoms outlined in Franklin D. Roosevelt’s 1941 State of the Union: freedom of speech, freedom of worship, freedom from want and freedom from fear. Decades later, For Freedoms combines artistic projects with social activism. “A nexus between art, politics, commerce and education, For Freedoms aims to inject the anti-partisan critical thinking that fine art requires into the political landscape,” explains the artists.

Most museum exhibitions focus on tangible art, but this show will be different. “There’s an expectation for art to be a singular object. A painting, a sculpture, a photograph—that is what most people think of when you say art. But this show focuses on art in terms of something that is idea-based, or a call to action—it’s that type of art,” explains UMOCA curator Jared Steffensen. “For Freedoms functions like an artist’s political action committee. They make stuff, but I wouldn’t necessarily call it art. Rather than producing art, they make ways for people to engage with their work, allowing them to have an interactive voice within it.”

Although this show will feature various art displays, community interaction will play a critical role. Signs with the prompt “Freedom for…” allow each visitor to fill in the blank about what issues are important to them. In this project, the venue and location provide the context; what’s important to the people of Utah might not be the things that are important to people in another state. For Freedoms portrays the artists’ design aesthetic, and the creators provide resources and activist tool kits with designs, posters and T-shirts, allowing communities to decide what ideas artists need to emphasize and amplify UMOCA hopes this show will allow the community to engage in larger conversations about art and social issues. “Sometimes when people come into the museum and look at an individual object, they’re finding their relationship with that work, and it’s a solitary experience and that’s what it’s intended for. This is different,” Steffenson explains. For Freedoms invites visitors to share their perspectives, listen to other voices and find inspiration for their own work. “That’s the excitement. Building a larger community outside of the art world makes it accessible,” Steffenson says.

In 2018, For Freedoms began the 50 State Initiative, which commissioned more than 150 artists to create one-of-a-kind billboards, at least one billboard in every U.S. state. The UMOCA show features two large-scale replications from the project, one acknowledging native lands and another referencing the internment camps in Utah. Beyond the billboards, a must-see of the show is the cloak display of the Wide Awakes, an artistic homage to the 1860s abolitionist group of the same name. Historically, cloaks were used to insulate or shield abolitionist candidates from threats of violence so their ideas could be spread. Each group member wore these cloaks and carried lamps with the candidate concealed among them so they could move through the cities free from harm.

UMOCA is hosting various community events in coordination with this show including a cloak building class, film screenings, talks, free posters, billboard designs and yard signs. UMOCA has also partnered with the Salt Lake County Library to curate selections of books with progressive ideas for kids and young adults. “I think of some kid growing up in the suburbs, progressively minded but they don’t feel like they don’t have any peers, so they go to the museum, and they see all these other voices, and they feel like they’re a part of it, and they can be loud about it and they can buy-in,” says Steffensen. To create real change, it’s time to start calling in rather than calling out.

The For Freedoms exhibit runs through June 2022 at the Utah Museum of Contemporary Art (20 S. West Temple, SLC). For more information, visit For Freedoms, Wide Awake or UMOCA. 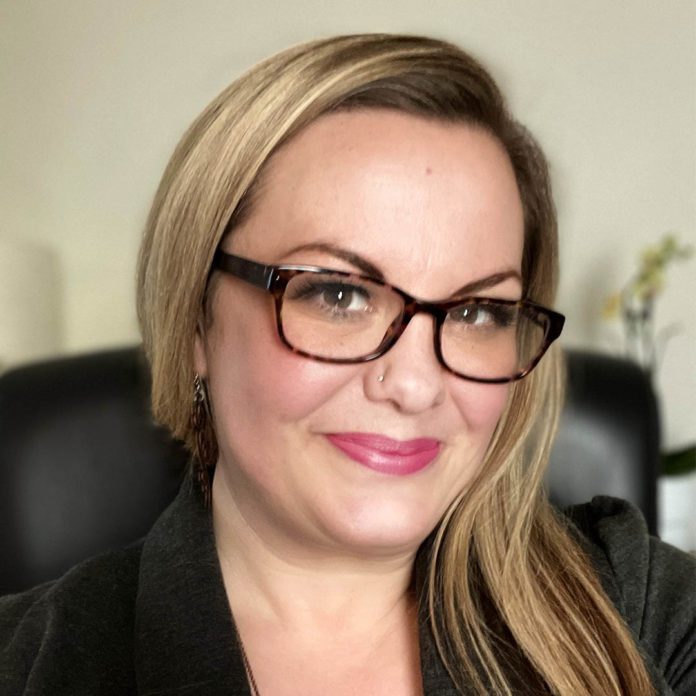 Blakely Pagehttps://www.saltlakemagazine.com/
Blakely Page is a local writer and artist in Salt Lake City. She's a cat herder that loves to write about art, coffee, and fun happenings around Utah. Blakely also teaches art and writing and has had several creative nonfiction essays and artworks published.
Previous article
‘Something Rotten!’ at Pioneer Theatre Company Is an Absurd Love Letter to Musical Theater
Next article
‘The Real Housewives of Salt Lake City’ Recap: ‘Why Can’t We Be Friends’