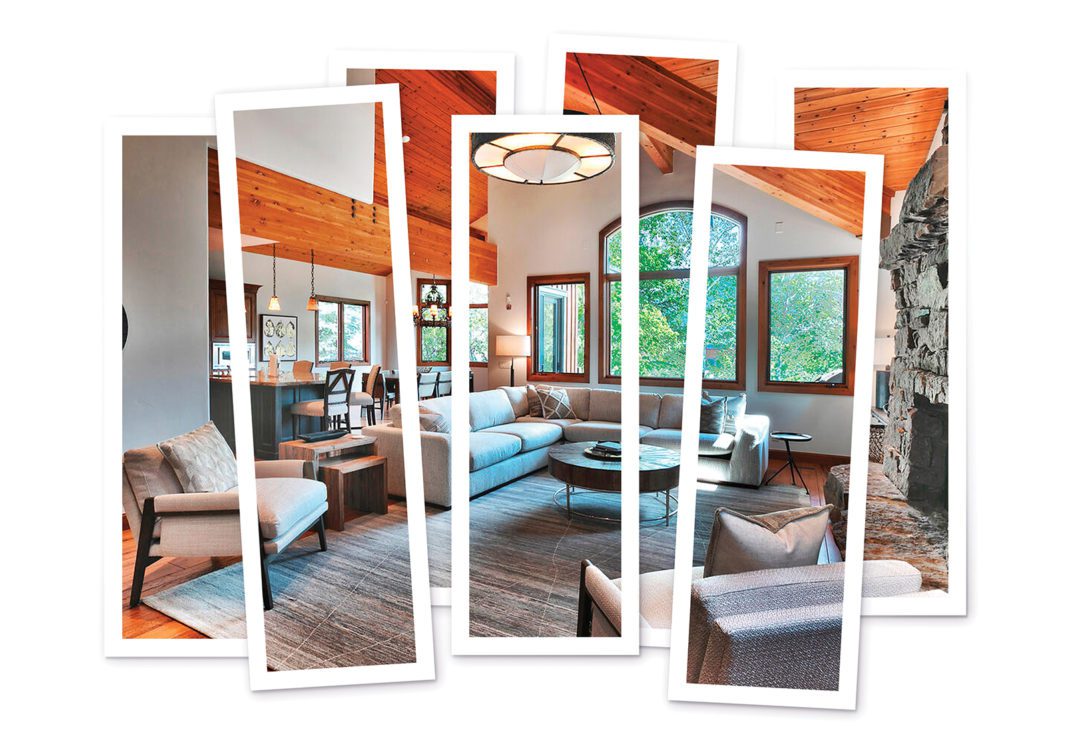 It didn’t appear cubist, the home on Empire Ave. The large, exposed timbers and vaulted ceilings looked a lot more upscale mountain contemporary than early 20th century surrealist. Just a block from where I once lived in a charmingly dilapidated attic apartment with three people for $950 a month—a recession preceded the current real estate arms race—1/8 shares of the luxury home were being sold for $685,000. The Empire home is a Pacaso, which is not to say priceless. Indeed, there is a very specific price, $685,000 for a 1/8 of the pot. Pacaso, the owner, is a company which buys houses, creates an LLC with eight ownership stakes and sells them to residents who can stay in the home for up to 44 days per year. Just don’t call it a timeshare.

The LLC model of home purchasing isn’t unique. 29% of homes in Park City are owned by an LLC, but that’s typically done for privacy or opaque tax benefit reasons. What makes Pacaso’s method innovative is it allows the company to skirt rules prohibiting timeshares or other fractional ownership restrictions in residential areas, thus enabling an entry into desirable luxury markets. It’s proven popular enough that the company reached unicorn status —a valuation of $1 billion—faster than any company in history.

The meteoric rise is outshined perhaps only by the preposterous ambitiousness baked in the company’s name. “[Picasso] is credited with co-creating Cubism, which brings together individual elements to create a new and innovative whole,” the company’s website says of the Spanish artist. “We decided on Pacaso to honor Picasso’s legacy of innovation.” The cringe-inducing homage somehow isn’t the main source of controversy for Pacaso.

Some contend Pacaso’s methods will overcook an already hot market. Such was the case in Napa, California, where local pushback led the company to selling one Pacaso home to a whole home buyer and implementing a $2 million price floor to avoid pricing out families. Amy Musser, Pacaso’s Director of Communications, believes the company has the opposite effect. “We help affordability for second homeowners. If we can put five to eight families into a single luxury Pacaso listing, that’s five to eight mid-tier priced homes that are available to full time residents,” Musser says. “And Pacaso homes are utilized 90% of the year, which benefits local communities and economies.”

It’s compelling reasoning, but it hasn’t satisfied every criticism. At the time of this writing, Pacaso owned a single home in Park City, but lists many “prospects” on their website. One listing was for a home in Promontory Club, a private community.

When reached for comment, Nucole Fuca, Real Estate Assistant at Promontory Club replied via email, “We had no idea that the listing was on the website. It has since been taken down from the website since we did not agree to list the home in that manner and had our lawyer reach out to them to stop marketing it as such. It seems as though Pacaso is taking listings they do not own and falsely representing the ability to sell them for 1/8 ownership.” The listing agent for the property, Michael Swan, said via email, “We don’t sell/allow fraction usage of homes within Promontory Club. We are working to get this obvious scam taken down.” Both declined to elaborate further.

When asked about the listing, Musser said it’s not dissimilar to other properties on the multiple listing service (MLS), even if the purchase model is different. “I can’t speak directly to that listing, but we clearly delineate between Pacaso prospects and owned homes. If there’s significant interest, we may buy it and turn it into a Pacaso.”

Whether you fancy Pacaso a clever disruption in real estate that maximizes inventory and fights NIMBYISM or a bloated tech-based parasite profiting off the community is likely a matter of perspective. Park City appears a ripe market for the company, but thus far city officials have little to say on the topic. “We do not have enough information to speak to fractional ownership at this time,” says Rebecca Ward, Assistant Planning Director for Park City. Neighbors likely won’t be so circumspect.

The median home price in Park City—including unincorporated Snyderville Basin where a majority of the population lives—was a shade over $1.3 million in 2021. That’s according to Zillow’s Home Value Index, which includes the middle tier of homes and shows an increase of 29.8% over the past year. Pacaso shares are selling for roughly half the cost of a mid-tier home, expanding access to at least a portion of the skyrocketing market for an increased number of second home buyers.

Tony Gillhttps://www.saltlakemagazine.com/
Tony Gill is the outdoor and Park City editor for Salt Lake Magazine and previously toiled as editor-in-chief of Telemark Skier Magazine. Most of his time ignoring emails is spent aboard an under-geared single-speed on the trails above his home.
Previous article
‘The Real Housewives of Salt Lake City’ Recap: ‘Cinco de Mayhem’
Next article
Where to Get Valentine’s Day Flowers in Utah