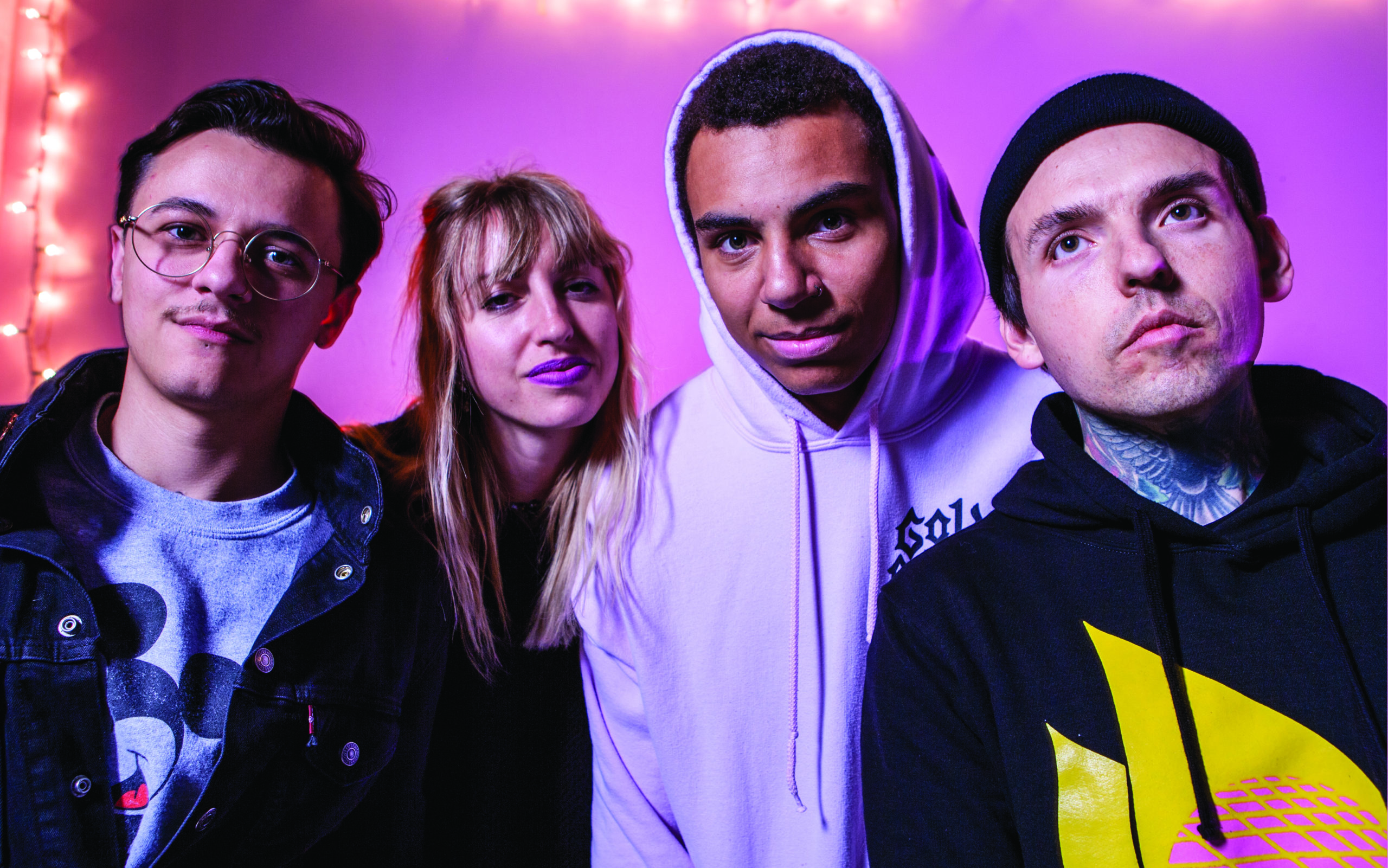 From the Magazine: Gold Blood Collective

The guys at Gold Blood Collective might trace their roots to the BMX scene, but they aren’t interested in selling anyone bike parts or riding gear. They’re much happier cultivating a cultural experience and bridging communities. So you don’t have to be a regular at the skate park to pick up a T-shirt or hoodie. And you don’t have to be an alternative aficionado to attend a show. Just be willing to try something new.

That passion has seen them become a cult-favorite among Salt Lake City’s alternative subcultures, both for the shop’s fresh take on street fashion and its penchant for spotlighting the hottest up-and-coming local artists.

The idea for GBC came after Matt and Adrian were brought on to help market The Woodshop, a BMX retailer in South Salt Lake. Their efforts were a success, but their vision didn’t align with the owners’. They quickly realized they had the knowledge needed to go independent, and the Collective was born.

But it’s about more than just fashion. Since day one, GBC has sought to foster the art community by commissioning designs and hosting emerging musicians.

Concerts are typically held on Saturday evenings, and, once a month, GBC uploads a SoundCloud playlist of local music onto their social media accounts. Shows are open to all ages and feature a mix of hip-hop, hardcore and indie acts.

“Between all of us, we have so many different things that we’re involved in,” Windsor says. “This has kind of just been our way to unify all of those things … it’s not just a clothing store, it’s not just for BMX kids, it’s not just for rap kids, whatever the city needs is what we’re here for.” 1526 S. State St., SLC, goldbloodcollective.com

Subscribers can see more in our July/August issue. Sign up and you’ll be included in our membership program and get access to exclusive deals, premium content and more. Get the magazine, get the deals, get the best of life in Utah!