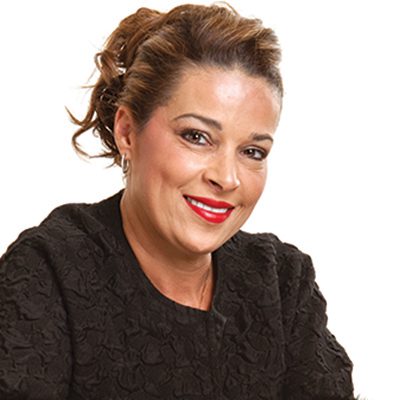 Nicole Mouskondis recalls her first Greek Easter when she became part of the Mouskondis family (owners of Nicholas & Co.) “I can remember the first Greek Easter I spent with my soon-to-be mother and father-in-law (Elyce and Bill Mouskondis). As we were gathered around the dinner table, Bill announced it was time to play the game, and he reminded everyone that he was the champion for many years running and couldn’t be beaten. One by one, as his egg tapped someone else’s egg, he remained victorious. I watched in amazement—how could one egg be so strong and withstand tapping that many other eggs without being cracked? Later that evening, Bill had left his egg out and we all realized the reason he was the champion for so many years: He had found a marble egg, dyed perfectly to match all of the other eggs…so of course he was victorious! When he was called out, all he could do was smile with his sheepish grin, still reveling in how he got away with that trick for so many years!

Forget those pretty pastels. At Easter, their most important religious holiday, Greeks dye eggs as red as Mrs. Trump’s Christmas trees. Red eggs are called kokkina avga; and the sizable Greek community in Utah will be dying them by the dozen on Easter. (This year on April 28.) Traditionally, they were dyed with onion skins, according to Harmons chef Leslie Nielsen, which results in a reddish-brownish egg, but as journalist Anne Wilson recalls, “my mother in law always used red food coloring to make them really dark.” Wine broker Peri Ermidis uses Ritt scarlet dye to achieve a brighter color and the color is important because, as Mary Caputo says, “the red symbolizes the blood of Christ shed for our salvation.” Despite the solemn symbolism, the eggs are used to play a game called tsougrisma—here’s how to play:

Each player holds an egg, and one taps the end of her or his egg lightly against the end of the other player’s egg. When one egg’s end is cracked, the person with the clean egg uses the same end of the egg to try to crack the other end of the opponent’s egg. The player who successfully cracks both ends of their opponent’s egg is declared the winner and, it is said, will have good luck during the year. Good. We need it.

Mary Brown Maloufhttps://www.saltlakemagazine.com/
Mary Brown Malouf is the late Executive Editor of Salt Lake magazine and Utah's expert on local food and dining. She still does not, however, know how to make a decent cup of coffee.
Previous article
What To Do on Sunday in SLC
Next article
Myth and History: Driving the Golden Spike