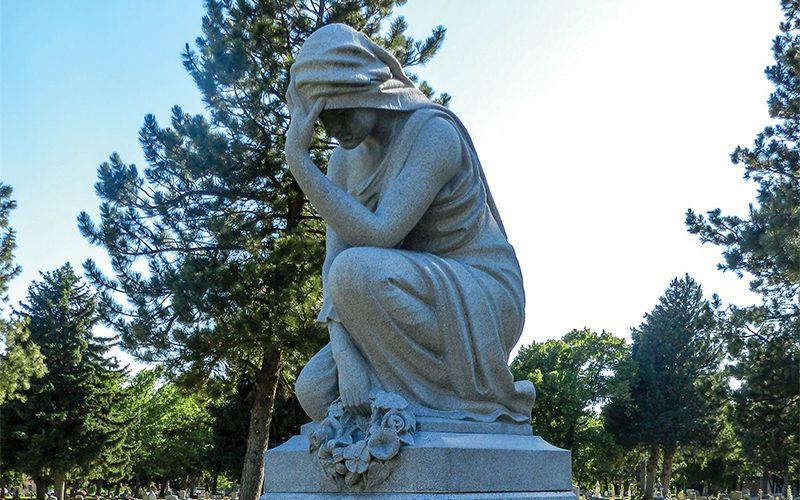 Have You Seen the Weeping Woman in Logan?

The Weeping Woman of Logan City Cemetery has every reason to cry. In the early 1900s, Julie Cronquist lost five of her eight children within 12 years—all to scarlet fever. Passersby recounted that Julie would walk to the cemetery every day and sob over her dead children’s graves. Having suffered from her own bouts with scarlet fever, Julie grew weaker and weaker until she eventually died of heart disease in 1914. Three years later, her husband, Olif, had a macabre monument erected above her grave to commemorate his long-suffering wife. And legend has it she still suffers—visit the weeping woman at midnight on a full moon, say “Weep woman, weep,” and the statue will shed tears. Legend also says the statue will cry, unprompted, on the anniversary of each of her children’s deaths.

See more things to do here.

Ashley Szanterhttps://www.saltlakemagazine.com/
Ashley Szanter is a contributing writer for Salt Lake magazine as well as a freelance writer and editor. She loves writing about everything Utah, but has a special interest in Northern Utah (here's looking at you, Ogden and Logan).
Previous article
Ballet West’s Jewel’s Set to Sparkle
Next article
‘Thriller’ Thrills Again