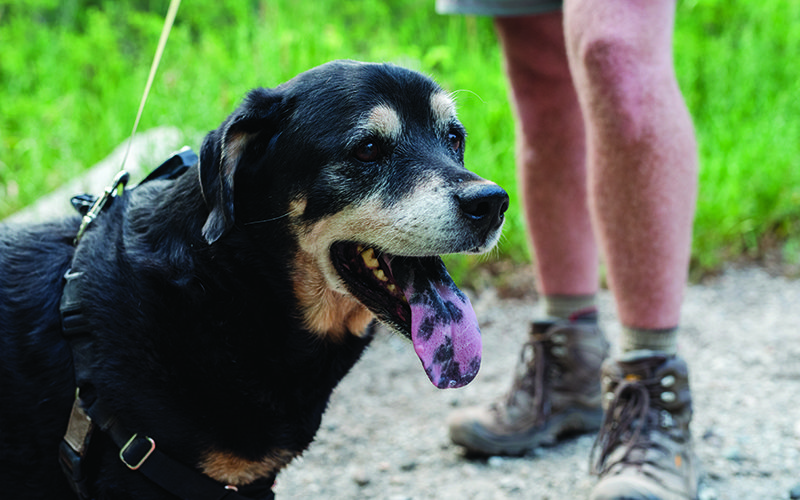 How to Hike With Your Dog!

When to go: Anytime! Now that you’re a dog owner in Utah, it is important that you take your giant, slavering untrained puppy absolutely everywhere with you. We all love dogs! So. Much.

How much? Can you really put a price on a creature that loves you unconditionally until he starts humping that lady dog and you’re like “Fennel! Get off her!”? But still yeah, lots and lots of money, time and inconvenience. Especially when Fennel gets into Jerry and Kestrel’s backyard chickens. Ooh boy. Also, Gary’s going to expect you to replace his ultra-light Therm-a-Rest sleeping pad. It’s possible you’ll have to re-carpet.

What about the poop? Make sure you carefully bag up your dog’s doo and then leave the baggie trailside because, eww, you’re not going to carry that around! Just leave its transportation out of the canyon to someone else who cares more than you and ignore the burning in your ears as that Samaritan curses you and your pooch.

Where to go? Tanner Park or, as we like to call it, “What Life Will Look Like When Dogs Rule the Earth.” Millcreek Canyon has alternating on-leash and off-leash days. But those are for people whose puppy isn’t just the best little puppy ever. Stay out of humanity’s last stronghold: The Cottonwoods. Don’t forget the Farmers Market!

What if he? Jumps all over other hikers and mauls other dogs? That’s a great way to meet people IRL. Be sure to call out, “He’s friendly!”

Subscribers can see more in our May/June 2018 issue. Sign up and you’ll be included in our membership program and get access to exclusive deals, premium content and more. Get the magazine, get the deals, get the best of life in Utah!

Jeremy Pughhttps://www.saltlakemagazine.com/
Jeremy Pugh is Salt Lake magazine's Editor. He covers culture, history, the outdoors and whatever needs a look. Jeremy is also the author of the book "100 Things to Do in Salt Lake City Before You Die" and the co-author of the history, culture and urban legend guidebook "Secret Salt Lake."
Previous article
Get Your Corsets and Flagons Out: It’s Ren Faire Time
Next article
Summer Secrets: Amy Boutique