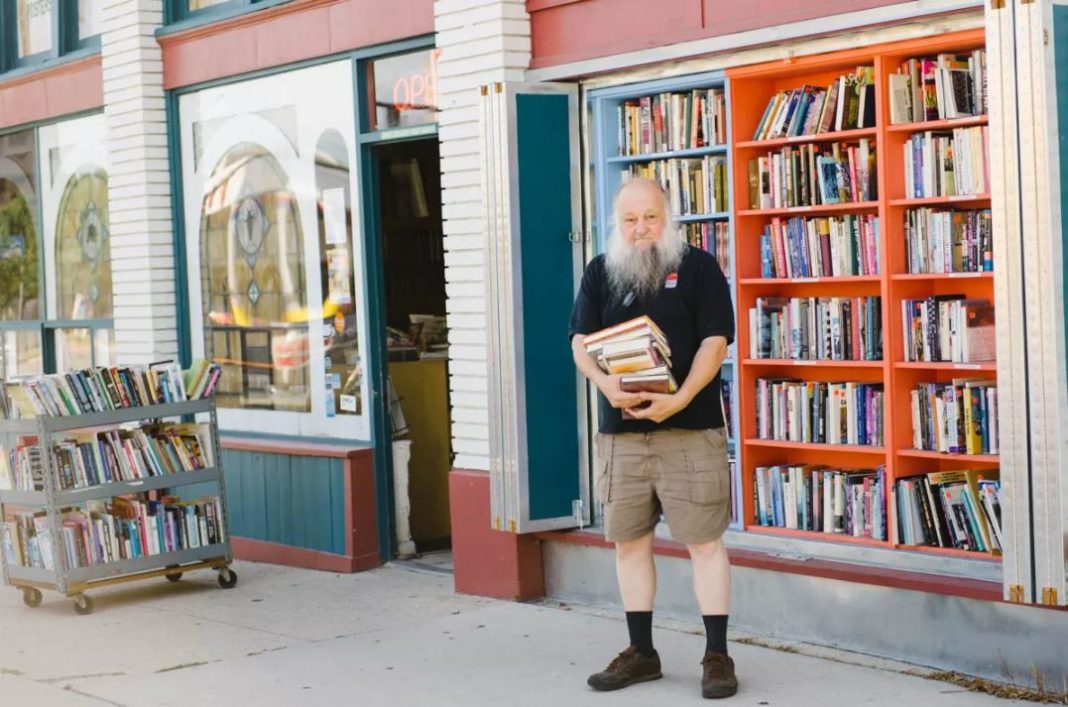 A selection of prominent Utah writers from the Utah@125 project—a collection of 125-word essays and poems to celebrate Utah—will present eight simultaneous readings (plus a ninth virtual reading) at independent book stores around the state on Saturday, April 30, 2022 (Independent Bookstore Day, duh). The event is (we think) the first-ever simultaneous series of readings at multiple bookstores across the state. Among the readers will be former Utah poet laureates, national award-winning slam poets, prominent Utah journalists (including Salt Lake magazine’s editor Jeremy Pugh), award-winning fiction writers, poets, and essayists.

More than 45 writers, five or more in each location, will read their 125-word pieces at seven Utah bookstores at 3 p.m. The readings will take place on Saturday, April 30 in Logan, Ogden, Salt Lake City, Sandy, and Provo bookstores. Plus: There will be a virtual Zoom reading (link here) at 3 p.m. hosted by Torrey House Press, and an additional Salt Lake City reading at 5 p.m. at Weller Book Works.

“The cool thing about these readings is the idea of Utah stories being told by writers across the state—at the same time,” said Anne Holman, co-owner of The King’s English Bookshop, who partnered with the Utah Department of Cultural & Community Engagement to schedule the events. “I can’t think of a better way to represent the diversity of Utah’s literary voices, as well as the strength of our bookstores.”

All of the Utah@125 readings—commissioned as part of the state’s Thrive125 celebration—are free.

Salt Lake Magazinehttps://www.saltlakemagazine.com/
Salt Lake is your best guide to the Utah lifestyle. From food to fashion, travel and the arts, Salt Lake magazine has something for everyone. Follow us on Instagram, Facebook and Twitter @SLmag.
Previous article
Bruce Fery: The Man Behind The Grand America
Next article
Broadway at the Eccles Announces 2022-23 Season