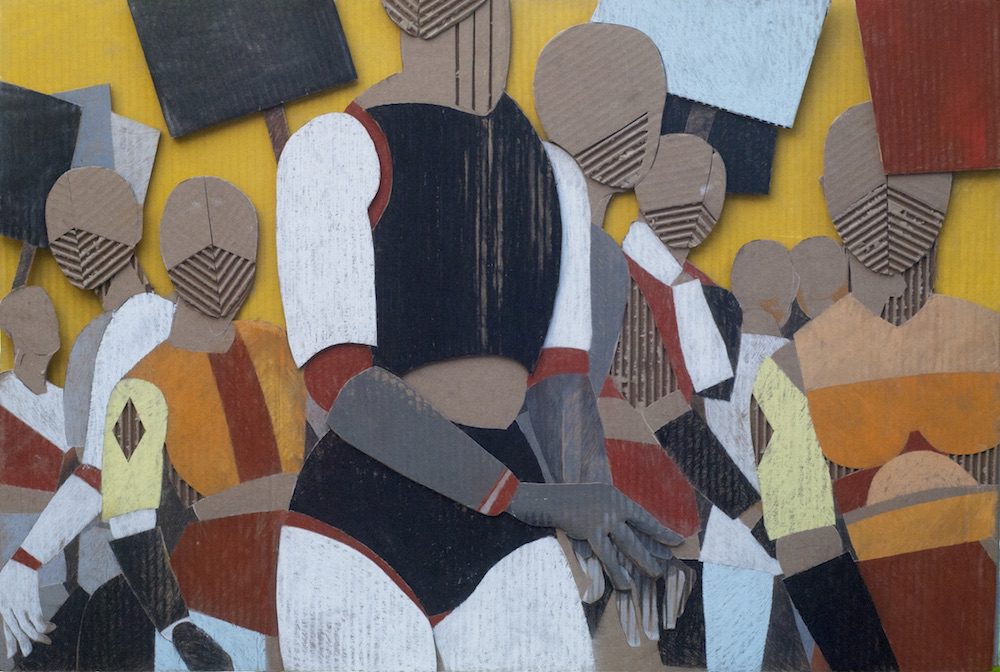 Modern West Fine Art Gallery is premiering Jann Haworth’s upcoming show March. Though her name may not ring a bell right now, you’ve absolutely seen some of her work as she was responsible for co-creating The Beatles’ Sgt. Pepper’s Lonely Hearts Club album cover and was heavily involved in the 60s Pop Art movement in Great Britain.

Haworth’s work has been featured in galleries and exhibitions across the globe, including Art Paris 2016. Though her work is heralded world wide, Haworth now calls Salt Lake City home and works as a Pop Artist and as the creative director at The Leonardo Museum. More recently, she is collaborating on a project with Liberty Blake and 123 other men and women in Utah to create a “36 foot mural celebrating women who are catalysts for change,” titled “Work in Progress.”

The Modern West Fine Art gallery was created by Diane Stewart to support established and emerging contemporary artists and “provides a space to come and experience art with a contemporary influence.”

Haworth’s show will premier with an opening reception during the September Gallery Stroll on Friday, September 15 from 6:30-8:00 p.m. and will continually be on display through October 14. For more information, you can visit their website.

Ashley Szanterhttps://www.saltlakemagazine.com/
Ashley Szanter is a contributing writer for Salt Lake magazine as well as a freelance writer and editor. She loves writing about everything Utah, but has a special interest in Northern Utah (here's looking at you, Ogden and Logan).
Previous article
Moon Shadow: Watch The Great American Eclipse
Next article
Concert Review: St. Paul and the Broken Bones and Trombone Shorty at Red Butte