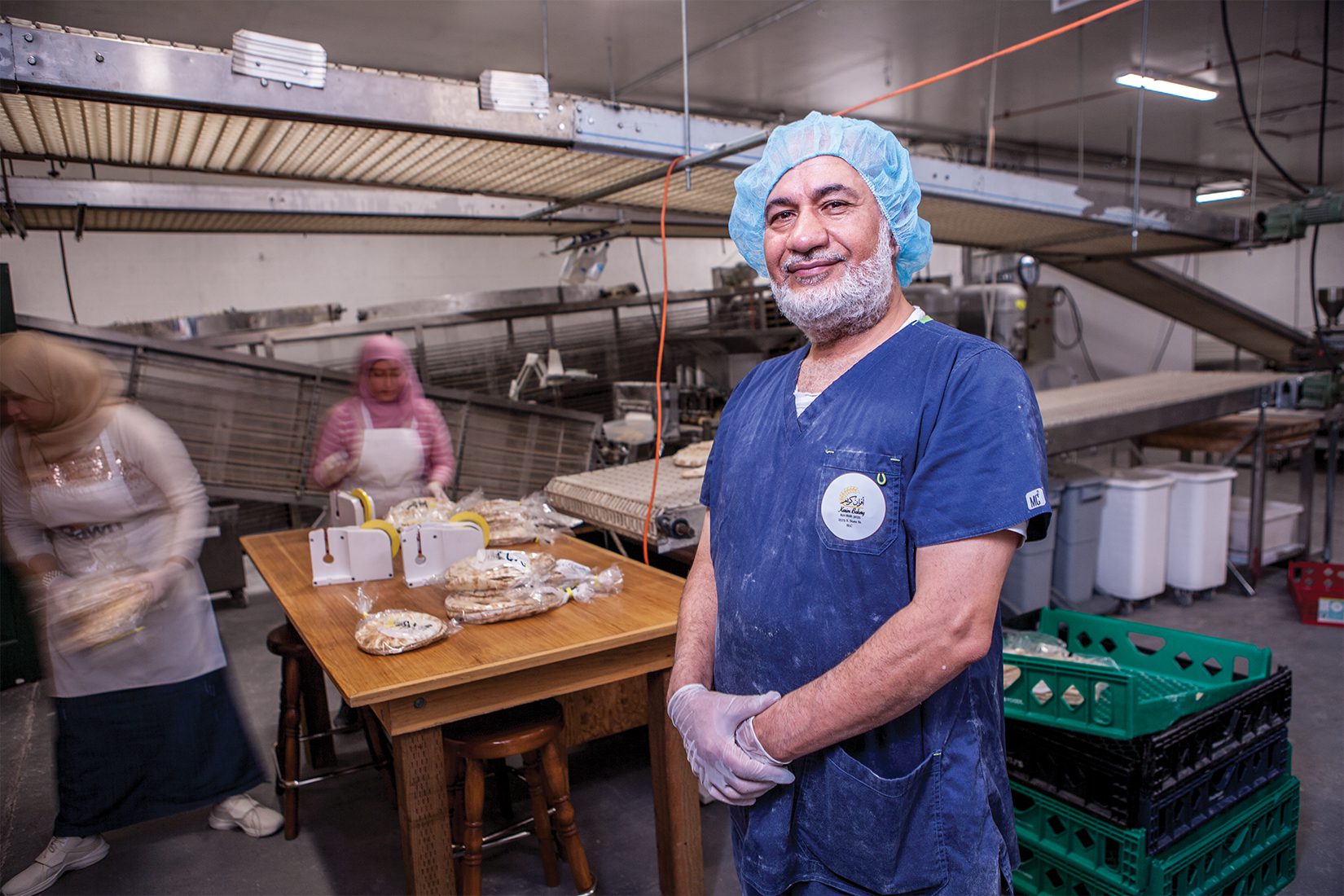 Since the 1970s, Utah has received over 60,000 refugees from around the world, many former professionals in their homeland. In 2008, it was Abdulkarim Alhasnawy’s turn. He and his family resettled in Utah as refugees from war-torn Syria. And, like many other refugees after resettlement, Abdulkarim and his wife, Zahra, found it difficult to transition back to work in their respective fields. Abdulkarim had been a veterinarian; Zahra was a seamstress. But resettlement meant reinvention. Now they are the owners of Karim Bakery, a pita bakery and purveyor of Levantine food.

After attending a baking event in Las Vegas two years ago, they realized the Salt Lake Valley was short on quality Middle Eastern fare and found their niche. So they purchased an old motorcycle garage in South Salt Lake and converted it into a wholesale pita bread factory. After four months of wholesale pita distribution, Karim Bakery began sampling out their breads with homemade hummus. Then they decided to supplement sales with desserts and other appetizers like tabbouleh and baba ghanoush.

“The [pita bread] recipe is still the old recipe that we got from decades and decades ago,” Ihsan, Alhasnawy’s daughter, said. “It’s really an old recipe that just keeps getting passed down … we even have people from California come in and tell us how much better it is than what they have back home.”

Although Karim Bakery offers items from all over the Levant and North Africa, the pita bread is still the star. Pistachio and walnut baklava, as well as manakish, a flatbread similar to pizza, are also best sellers. Manakish can be topped with za’atar—a mix of pungent herbs like thyme and oregano—or meat, cheese and olives.

“With olives is how we Syrians enjoy it,” Ihsan said with a smile. “Back home is filled with olive trees all over.”

Besides pita (regular and mini), Karim’s sells traditional flatbread (like foccacia), baba ghanoush, hummus and other fairly familiar Middle Eastern foods. But their cases are filled with more unusual fare—tabbouleh; chicken, meat, cheese and vegetable pastries. Stop in for lunch and they’ll be happy to heat one up for you.

Devon Alexander Brownhttps://www.saltlakemagazine.com/
Salt Lake magazine readers enjoy six issues a year of Utah’s premiere magazine. Subscribe or pick up a copy to find the best of life in Utah.
Previous article
Worth the Trip: Can’t Stop Won’t Stop
Next article
From the Magazine – The Hive – Wasatch Snake Removal