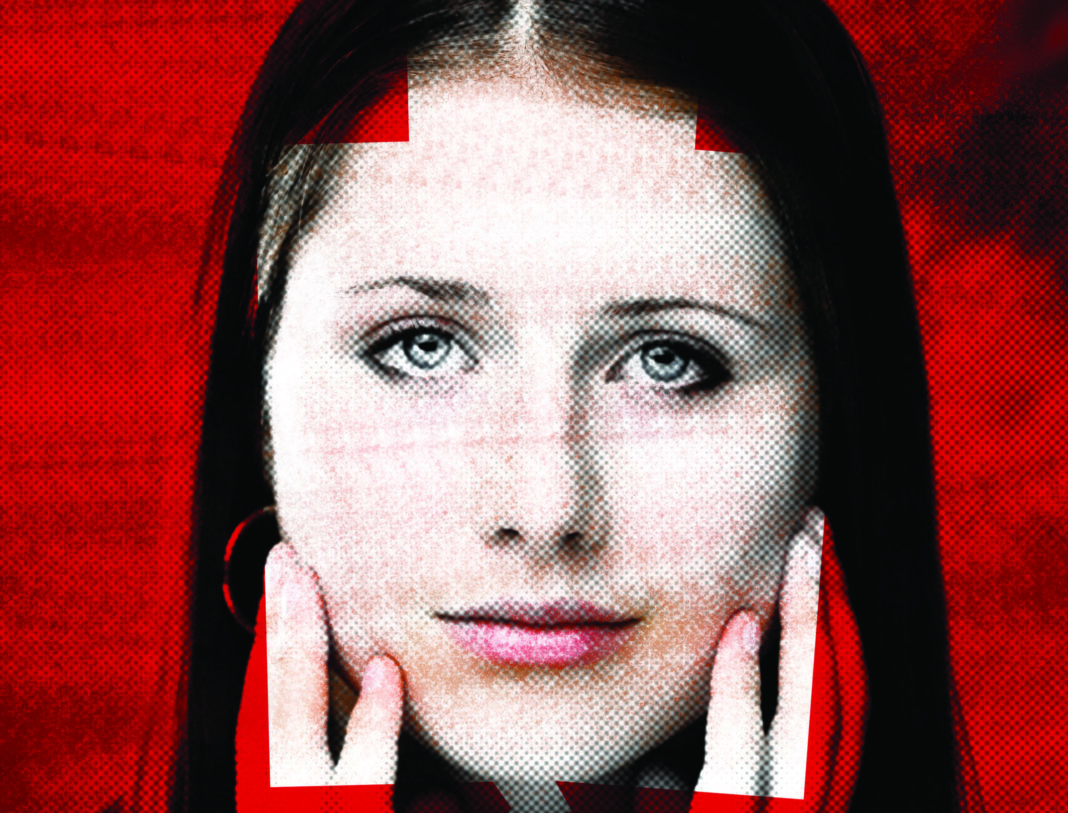 On October 22, 2018 at 9:55 p.m., 21-year old Lauren McCluskey was found dead inside the back of a car in the parking lot next to her University of Utah campus dormitory. She had been shot seven times.

That afternoon, Lauren’s ex-boyfriend Melvin Rowland had waited for Lauren in her resident hall for several hours. She was on the phone with her mother at 8:20 p.m. when Rowland confronted McCluskey, violently dragged her across the parking lot in front of her dorm, causing her to drop her phone and belongings. At 8:23 p.m. Matt McCluskey, Lauren’s father, alerted campus security that his daughter was in danger. It was too late.

It’s too late now, too: Rowland killed himself hours after McCluskey’s death and the man who loaned Rowland the gun he used was sentenced to three years in prison. But in the two years since McCluskey’s tragic death, details have emerged about McCluskey’s attempts to get protection from University police as she grew increasingly afraid of her stalker ex-boyfriend. Her pleas for help were ignored. McCluskey’s family sued the university in federal court and in June 2020 filed a second lawsuit, contending that, just weeks before she was murdered, a police officer in whom Lauren McCluskey had confided she feared for her life shared nude photographs she had given him with officers not involved in the matter. 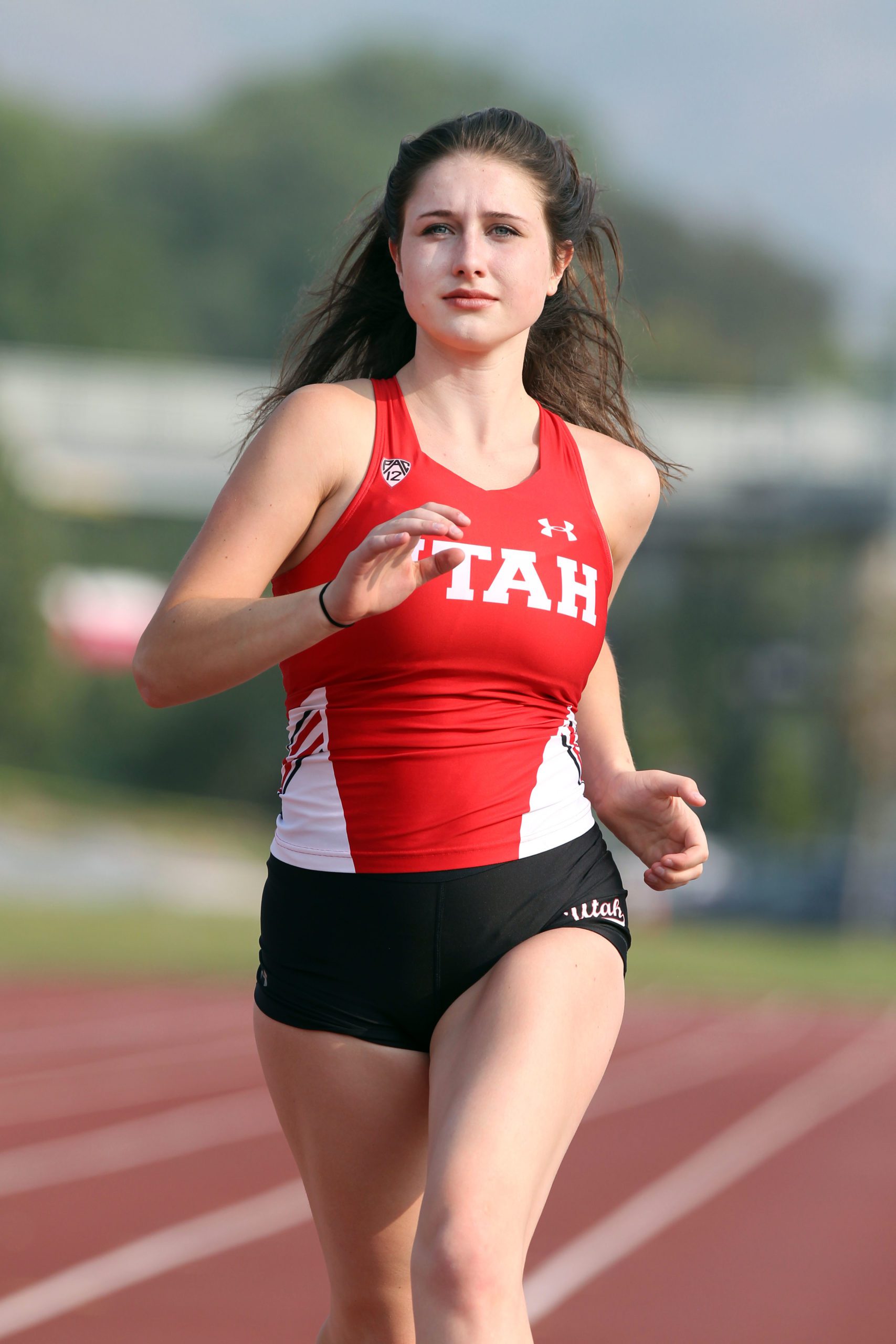 When Lauren McCluskey decided to attend the University of Utah, she was recruited to become a member of the Women’s Track & Field Team. She was a Washington State Champion in the high jump and ranked 10th in the heptathlon at the USATF Outdoor Junior Championships—she had several other colleges and scholarships to choose from. “Lauren was a star athlete from when she was a youth, climbing trees at the age of two,” says her mother, Jill McCluskey who, along with her husband Matt, is a member of the faculty at the University of Washington.

McCluskey’s teachers, coaches and teammates had a high respect and regard for her as a multi-event athlete, for maintaining a high GPA and as a person, “She was someone who really cared about other people and her friendships. Somewhat an introvert, if you got to know her you quickly found out that she was full of things to say, and genuinely cared about other people,” says her mother. Beyond athletics, she enjoyed karaoke singing and dancing with her closest friends. While attending the U, Lauren belonged to the Capital Church in downtown SLC, and would invite others to come along, encouraging them to sing.

She had lived in Salt Lake City a few years when she met Melvin Rowland at a popular downtown bar where Rowland was working as a bouncer. He told her that he was in the military and trained as a security officer, and afterwards they met up a few times. It wasn’t long before she discovered the truth: Rowland was on parole and on the sexual offender list. She confronted Rowland face to face in her dorm room, he owned up, and McCluskey formally ended their relationship.

But she continued to receive messages and threats from Rowland. His friends posted about his suicide—which was fake—on social media and blamed McCluskey as the cause. Rowland made frequent attempts (sometimes successful) to visit her at her university dorm. At one point, he demanded $1,000 from her to prevent him from posting explicit photos of the two of them. As Rowland’s actions escalated, McCluskey began voicing concerns to her immediate family and closest friends. Because Rowland was a con and highly manipulative, things were difficult to discern—she didn’t always believe he was a threat, or that her life was in danger, and she wished to take care of the situation by herself. But as friends can attest, she was growing more and more concerned and even frightened by his actions toward her.

Officer Miguel Deras presented her case to campus police on Oct. 12, 2018, to report she was being harassed. On Oct. 13, 2018, she reported extortion. The police, including Officer Deras, never investigated her claims. At some point, Deras called her with a strange request. He asked her to hand over some questionable and explicit photos mentioned in the case. As we now know, Deras downloaded those pictures onto his personal phone and was overheard boasting to colleagues, remarking about her looks and being cute.

Looking back, it’s easy to see many points where McCluskey’s murder could have been prevented. Her mother Jill McCluskey says, “The officers never checked Lauren’s killer’s offender status. After the police took her statement, they could have easily found out that Rowland was on parole and put him in jail right then. I just wish a responsible adult would have listened and believed. Rowland was on parole and could have been taken into custody.” On Oct. 19, 2018, McCluskey emailed detective Kayla Dallof with Rowland’s offender information. Dallof did not read the email until after Lauren was killed. According to Lauren’s friend Shelby Gonzalez, “On Thursday before we lost Lauren she asked me to come to the library to meet her because she needed help. She said the police didn’t believe her about her scary ex and she didn’t know what to do.”

It turns out that McCluskey was victimized not just by her killer. Lax dormitory security and a macho culture of minimizing coeds’ complaints also contributed to her death. McCluskey says, “The U has never admitted that Lauren’s death could have been prevented, or apologized or taken responsibility for their failures. It’s hard for them to change if they don’t acknowledge their failures, and that has to happen going forward.”

Too late for McCluskey, changes are coming about, somewhat ironically in a year when campus population and social interactions will drastically decrease due to the coronavirus.

Following McCluskey’s murder, teammate and friend Brooke Martin was in shock. But as time went by, she noticed that little or nothing was changing in campus safety or policy. Martin created a mural in McCluskey’s honor, and helped build a student-led coalition called “UnsafeU.” Since their first public protest on the first anniversary of McCluskey’s death, UnsafeU has been gathering and sharing stories of other mishandled cases. Martin says, “Students are demonstrating with their voices and standing up for what’s right and not forgetting, and not accepting the empty words or quick Bandaids from a system that’s completely broken,” says Martin. 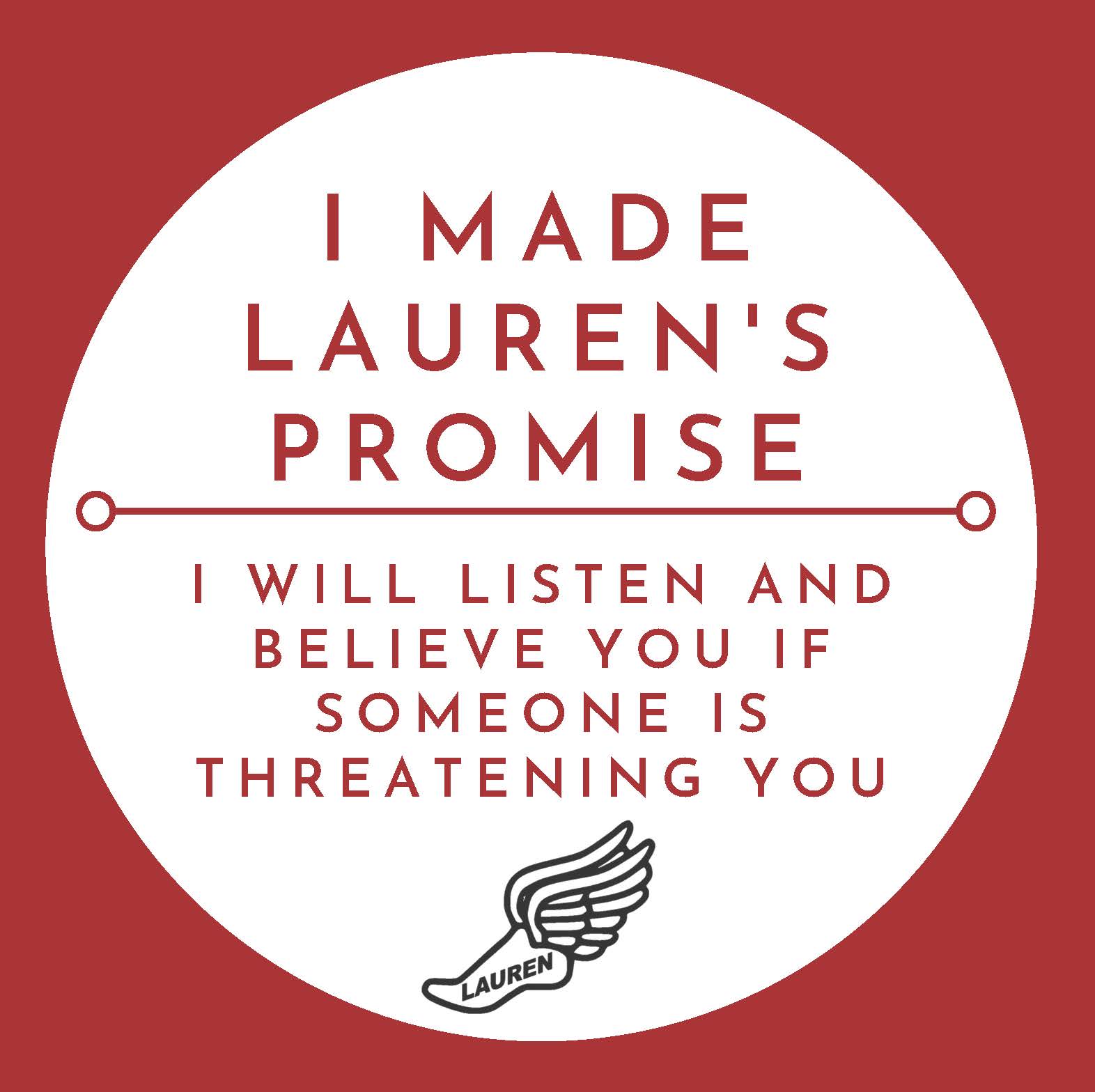 Many professors at the U and around the country are posting Lauren’s Promise on their course syllabus, “I will listen and believe you if someone is threatening you.” laurenmccluskey.org

Utah State Senator Jani Iwamoto has a long-standing interest in dealing with public safety issues and sexual assault. Since McCluskey’s murder many college students have contacted her wanting to talk about campus safety and problems like assault, domestic and dating violence and stalking. She says, “I am inspired by their activism, as many students have continued to express that they don’t feel safe and demand real change in their places of higher learning. We need safeguards in place to help our students.” Senator Iwamoto was the Chief Sponsor of S.B. 134, signed by Governor Herbert on May 19, 2019, a bill which outlines requirements and responsibilities for campus safety and requires institutions to share this information with the Legislature every year, to assess and find out what’s working and what’s not.

Senator Iwamoto says,“Lauren’s death, her pleas for help, of course, her tragic death does not go away, and nothing is going to work unless we have some real change with the police and policy, and that the students believe in it, because now there isn’t trust at all in them. Seamless communication is also important for the victims, because it’s hard enough to navigate where to go and what to do when they are going through an experience.” Senator Iwamoto also sponsored this year’s S.B. Bill 80 which focuses more specifically on communication between law enforcement, students, campus police dispatch and departments.

“Lauren’s kindness, positive attitude, and work ethic were always on display regardless of the people she was with or activities she was involved in as a student-athlete at the U. It’s simply who she was. She was always present and in the moment with her teammates and friends. That is more difficult than we all realize in today’s world. Yet she did it with ease and grace on a regular basis with everyone she knew.” – KYLE KEPLER, U OF U TRACK AND FIELD COACH

As a Communications major, Lauren was enrolled at the U in Professor Dan Clark’s Advanced Public Speaking class. Her final exam was a student presentation called the “Last Lecture—If you had only one hour left to live, what would you say?” Lauren was the first to volunteer. “While soft spoken, she delivered her speech in a profound way,” Clark says. “She shared her stories about being on the track team, the thrill of victory as well as her injuries and enduring disappointment and physical pain. Her message was one of keeping hope alive, that overcoming obstacles is part of life, and that practicing self-love is the way for you to fully love others.”

Over two years have passed since Lauren was found dead in the back of a car outside her campus dorm. There is still so much to be done, her friend Brooke Martin says. “Justice needs to be served and our demands need to be met—no student should ever be worried about being killed on campus.”

And Lauren’s story continues and gains momentum. On the first anniversary of her murder, led by a student organization called UnsafeU, 100 students walked out of their classes to protest how the university handled the Lauren McCluskey case, the misconduct of university police and other concerns reported by women.

And Sept. 3rd of the 2020-21 academic year started with another large on-campus rally from UnsafeU demanding the resignation of President Ruth Watkins for withholding evidence in this and other cases and calling for the abolition of the UUPD.

Jen Hillhttps://www.saltlakemagazine.com/
Former Salt Lake Magazine Associate Editor Jen Hill is a SLC transplant from Bloomington, Ind. As a blogger and feature writer, Jen follows the pulse of the community with interests in urban agriculture, business, fitness & beauty and anything that allows her to get out of the office and into the mountains.
Previous article
JazzSLC Keeps America’s Music Alive
Next article
Experience History in Park City This Summer