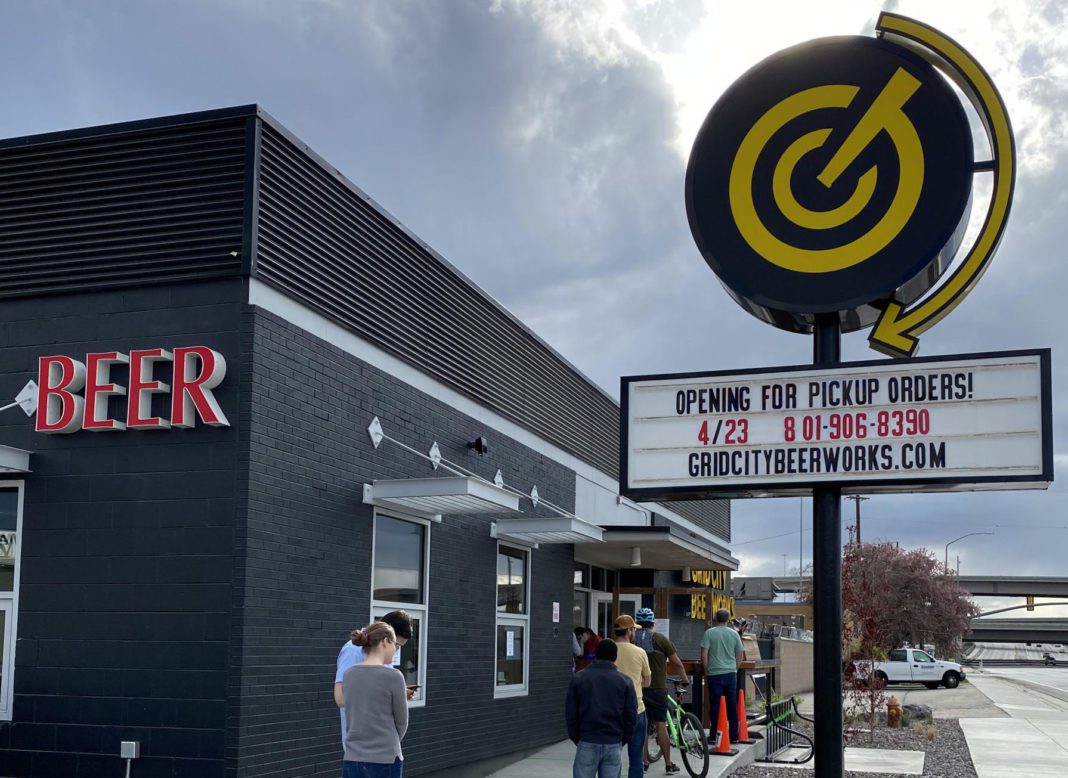 Grid City Beer Works is Salt Lake’s newest addition to our (seemingly never ending) stream of beloved local breweries, and Salt Lake couldn’t have been more excited to welcome them to the neighborhood. And while some businesses remained closed or worse, Grid City Beer Works boldly opened their doors for the very first time for take-out only in the midst of a global pandemic. Salt Lakers strapped with masks and standing 6 feet apart lined up around the side of the South Salt Lake brewery.

I (safely) stood in line and awaited the beers I called in for. I had a hard time choosing amongst the selection of 5 beers: Honey Cream Ale, Brown Ale, Pale Ale, a House Pilsner and a Hoppy Pilsner. After much contemplation, I went with the Honey Cream and the House Pilsner. The line moved swiftly and before I knew it I was back home with two ice cold 32 oz crowlers (they offer both 16 oz and 32 oz options). 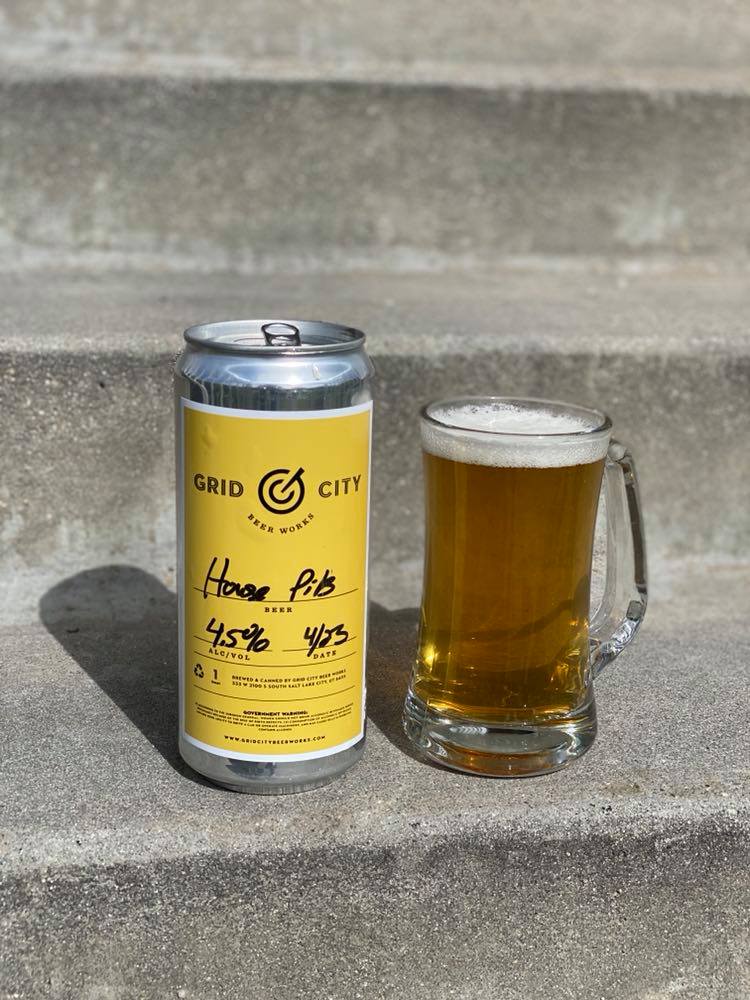 The Honey Cream was… WOW! Creamy notes of orange blossom and honey. It was crisp and delicious. The House Pilsner had floral tones and spicy hops that made me feel like I was literally drinking a brisk fall day. And for those who are wondering, no I did not drink 64 oz of beer on my own- but with flavors like that, I could have.

I decided to reach out to the CEO of Grid City Beer Works, Drew Reynolds, and find out their thoughts about opening up a new business during a pandemic, as well as their hopes for the future. Below is our Q & A.

Q: How does it feel to open a business during a global pandemic?

A: It’s still mind blowing to us. Bitter sweet.  First and foremost, it was a hard decision to make because we wanted to make sure everyone was safe on our team. That was the most nervous feeling of it all. People have families, people have to work still and people have to pay their bills. And we have beer that we need to sell. It was nerve wracking- it still is kind of nerve wracking on a day to day but as we hone it in and get our process down, it feels a little better. Thank goodness we actually did a transaction, I don’t know if you know this but we’ve been working on this for six years. We had to change every single process we’ve been preparing for to make sure not that not only all of our people are safe but that our community coming in is as safe as possible. It’s mind boggling how hard everyone worked to get this ready.

Q: How has business been since grand opening?

Q: What are your hopes for the future?

A: Our business plan was not to put beer in cans, we were going to be a tap house with food. But we ended up buying a canning machine, so we’re actually going to put some beer on the shelves, we’re also going to put out some seltzers in the midst of really trying to cater to all audiences. It’s exciting. We just got our bar license the other day so we’re really excited for that! We have a roof deck and we have a beautiful space. We just hope people will really appreciate the time and effort we put into that space. It’s a really, really beautiful space- And we have a full menu. Vegan options too!

Q: YOU GUYS HAVE VEGAN OPTIONS TOO?

A: Everything on the menu is available vegan. For instance, the first day we had barbecue pulled pork sandwiches, but we also had jackfruit pulled pork. We also had vegan potato salad and vegan coleslaw. You won’t have to pick either a vegan place or a non-vegan place, we can all go to the same place and have lunch and enjoy it and not have to worry about it.

Q: Restaurants and bars are reopening- are you guys planning on trying to open up for sit down?

A: No. I don’t think so, we’re going to talk it through. I think we’re going to keep it take-out for now. There was enough pressure to open this way, we’re already the guinea pig of opening a business during a pandemic, I don’t think we want to be the guinea pig of how you open a restaurant during COVID-19 even though these are what the rules and regulations say. We’re going to take our breath and think about it. We don’t know when- it’s not a matter of if, it’s a matter of when. We want to make sure we see the guidelines as they roll out and see the pros and cons of different ways to do things and then go from there.

Grid City Beer Works is open for take out.