Lukas Nelson and Promise of the Real Come to Sandy Amphitheater

When Lukas Nelson and his band The Promise of the Real perform at Sandy Amphitheater on Aug. 9, don’t expect too many bells and whistles. Nelson remembers a pair of weekends that have informed his idea of the kind of concert experience that works well for him and his band.

They were playing Coachella near Los Angeles and serving, as they frequently do, as the backing band for rock legend Neil Young. While almost every act used a large video screen behind the stage, Young didn’t want projections to distract from the performance.

“He said ‘I don’t want that huge screen up there.’ So we put a big burlap bag over the screen,” Nelson recalled. The covering resembled a feed bag—Young and the band were performing songs from The Monsanto Years, a stinging look at agribusiness and genetically modified foods. “We were throwing seeds out to the audience. And you know what, I’ve got to say we were one of the best sets on that show both weekends. I could tell that people were listening and focusing on the music,” Nelson says.

While Nelson noted that his current tour has some visual production elements, he needed to be careful with his budget. Despite taking all precautions, there’s always a chance that someone involved with the tour could get infected with COVID and force shows to be canceled. More to the point, he wants to avoid putting together a show where the visual effects overshadow the music.

“The lighting is crucial,” Nelson said. “Other than that, there’s really not much. It’s not a Tiësto show.”

Nelson wasn’t making fun of the EDM scene and its reliance on visual effects in live performances. There’s a place for that type of experience.

But don’t expect a 21st-century version of a Pink Floyd show. For what Nelson and Promise of the Real want to achieve, it’s mainly about the music.

“The point of the shows is to make people dance and have fun and get lost in it. I think we can do that just as effectively as an electronic show,” Nelson said. “The dynamics of what we do come from the music itself, and I think that people resonate with that.” Nelson says his concert has both songs with “bounce and rhythm” and times the band “[gets] quiet and [plays] a song where you can hear a pin drop in the same place that before was yelling and screaming.”

Nelson and Promise of the Real are growing into the kind of band where the songs provide a rich listening experience both in concert or at home.

Formed in 2008 after Nelson (son of country legend Willie Nelson) had attended Loyola Marymount University, the group had a very busy dozen years leading into the pandemic. Things began with a self-released concert EP, Live Beginnings, in 2008, followed by a studio EP, Brando’s Paradise Sessions, in 2010. When the band released its first full-length album, Promise of the Real, later that year, things were really ramping up on the touring front, with the group maintaining a schedule that saw more than 200 shows each year for much of the decade.

Along the way, a second album, Wasted, arrived in 2012 and Nelson made an important contact with Young, who befriended the band members after seeing them perform at Farm Aid in 2010.

The friendship grew into a working relationship in 2015 when Lukas Nelson & Promise of the Real played on The Monsanto Years and became one of Young’s backing bands. Young’s 2016 live album Earth was drawn from the 2015 The Monsanto Years tour, and Young and the group then resumed their collaboration on Young’s 2017 studio release The Visitor and contributed to the soundtrack of Paradox, a film directed by Young’s wife, Daryl Hannah. Lukas Nelson and his brother, Micah, also appeared in the film.

These projects—along with Lukas and Micah collaborating with their father on the 2017 album Willie Nelson and the Boys (Willie’s Stash, Vol. 2)—significantly elevated the profile of the band.

At the same time, Lukas Nelson & Promise of the Real continued to develop musically. With the 2019 album Turn Off The News (Build A Garden) and last year’s A Few Stars Apart, the group has staked out its own original sound and Nelson’s songwriting has taken a noticeable step up.

Where the first couple of albums favored a harder-hitting, riff-y and rootsy guitar rock sound, these impressive two newest records have settled into more of an expansive country-and-soul-infused sound that can still rock—just note “Perennial Bloom (Back To You)” and “Wildest Dreams” from A Few Stars Apart. Other songs, especially on the latest album, are more relaxed but boast rich melodies and heartfelt lyrics with backing from singer/guitarist Nelson and band members Logan Metz (keyboards), Anthony LoGerfo (drums), Tato Melgar (percussion) and Corey McCormick (bass).

The entire album has a warm, organic spirit, which may be a product of the songs being recorded live in the studio to analog tape with the help of producer Dave Cobb, whose work with acts such as Brandi Carlile, Chris Stapleton and Jason Isbell has made him one of music’s most in-demand producers.

The songs on A Few Stars Apart were written during the pandemic as Nelson adjusted to the shock of being shut out from touring.

“It was all we could do but sit and think,” Nelson said. “And I figured probably the most [useful] thing to do would be to write songs at that point, to be productive. Otherwise, I could see myself spinning my wheels considerably. I didn’t want to do that. I wanted to channel my frustrations or my fears or my energies, whatever restlessness I knew I was going to have. I knew things would come up. I wanted to make sure I was in the habit of writing to channel that instead of letting it bottle up inside.”

A Few Stars Apart has moments that directly address the pandemic (“We’ll Be Alright” is the obvious example), but much of the album centers on romance and finds light within the darker moments. Nelson said the time away from touring and time for self-reflection will help him find a better balance in his life going forward.

“I was sort of scared for a while to relax because, I mean, we were doing 250-plus shows a year for as long as I can remember. So to stop, I was afraid. I was afraid of what would happen,” he said. “I started to realize I can have a balance. I can sit and enjoy my time off and I won’t need to be on the road. I’m not running anymore from anything. I can deal with myself. I went through the fire and came out on the other side. I think I faced my demons. Then I realized I could also really appreciate being on the road at the same time.” 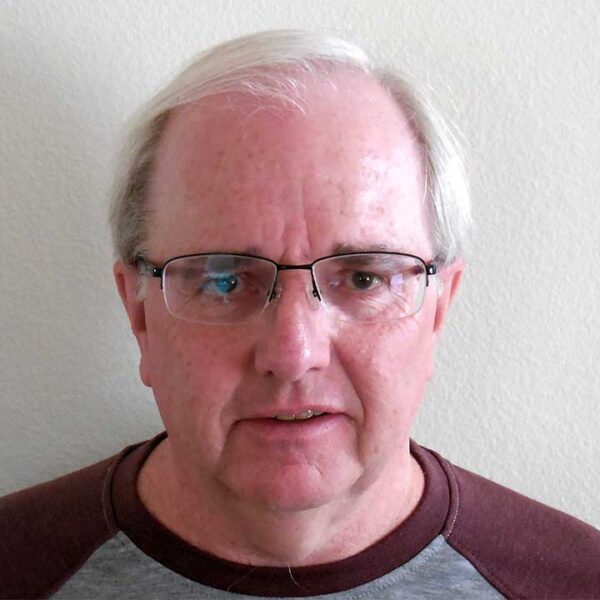