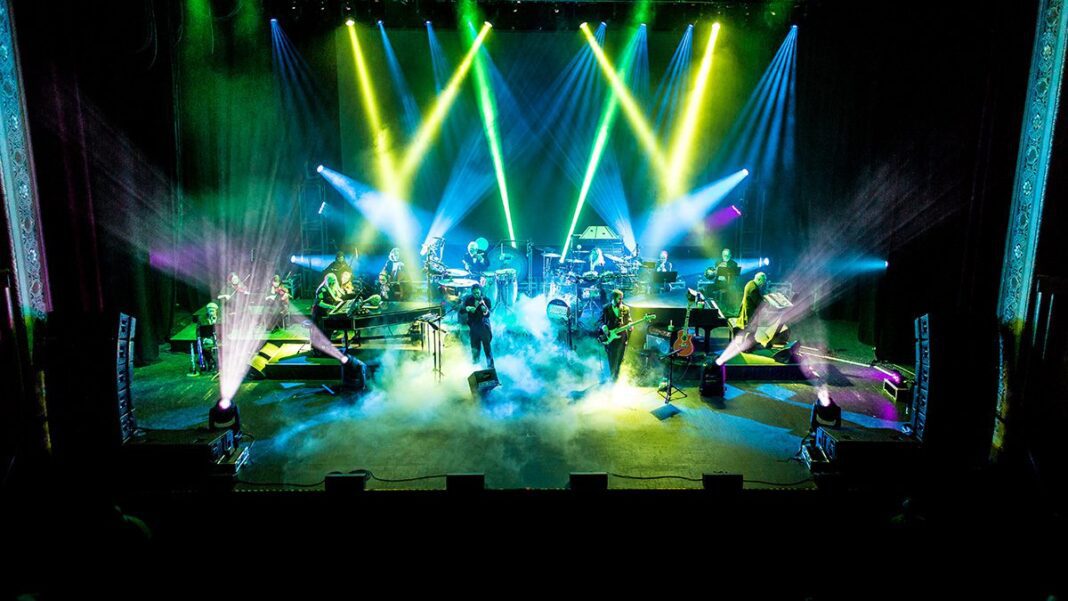 If you were to be asked what artist is the best-selling Christmas artist, answers would invariably range from Elvis Presley and Bing Crosby to Mariah Carey, Josh Groban or Kenny G.

But that honor actually goes to Mannheim Steamroller, whose dozen Christmas albums (and counting) have racked up 31.5 million copies sold worldwide to date. And while Mannheim sounds like the name of a German heavy equipment apparatus, it is actually the nom de plume of Chip Davis, an Omaha-based composer/producer who has been churning out neoclassical new age holiday and secular music under this stage name since 1974.

Born Louis F. Davis, Jr., the Ohio native is a musical iconoclast and former child prodigy who went from writing his first piece of music at age six, eventually worked at an ad agency writing jingles before founding this musical persona after numerous labels shot down his neo-classical music pitch.

“[Mannheim Steamroller] was just my notion of trying to create a sound that was different, but also at the same time had classical roots to it,” Davis explained in an early November interview. “I see it as an eclectic mix of classical forms alongside modern-day rock and roll instruments and some older instruments from the 18th century like the harpsichord. [Those major label execs] said that there wasn’t a place on the shelf for something that was eclectic like that, but at the same time they wanted to know if I could send them a box of my debut album because they wanted to pass it around in their office.”

While it may have been a daunting proposition to go forward on his own, Davis was already experiencing concurrent success via CW McCall, a country music persona created by ad agency client and late friend Bill Fries. With the latter providing the voice, concept and lyrics for McCall, Davis wrote the music. In addition to scoring a number of chart-topping country hits, the duo recorded the global No. 1 hit “Convoy” (and earned Davis the 1976 SESAC Country Music Writer of the Year). With the metaphorical wind blowing at his back, Davis founded the independent label American Gramaphone and took the name of his new project from a play on the 18th-century musical technique known as the “Mannheim crescendo.” The first in the “Fresh Aire” series of records was released in 1975 at a time when the new age genre was coming into being. Davis’ belief in Mannheim Steamroller found him taking out a loan to finance the first tour.

“On that initial tour, the money was used to cover the costs of playing those first three cities—Omaha, Denver and Salt Lake City,” he recalled. “That was in 1975. Mannheim Steamroller was a five-piece with two keyboards, a bass player that also doubled on lute and other fretted instruments. I was playing percussion and recorder and we had another percussionist. Then when we got to a city, we’d hire a small orchestra to play the orchestral parts that were on the record. Ironically, the band behind CW McCall are the same players that are the Mannheim Steamroller players.”

All this bootstrapping eventually led to Davis indulging his childhood adoration of the holiday season nearly a decade later via 1984’s “Christmas.”

“I grew up in a pretty small town in Ohio of about 500 people when my grandmother was a piano teacher and my dad was a piano teacher at the school there,” he said. “Christmas music always had a special place in my heart for all the seasonal things that happened, which included my grandmother’s fabulous cooking and all of that. I decided to find out where some of the roots of Christmas music came from. Which is why on the first “Christmas,” there’s a song called ‘The Christmas Sweet,’ which is a suite of four pieces. I took songs like ‘I Saw Three Ships’ and went back to the origins and played it on instruments that would have been used at that time. Being a wind player, I could pretty much play all of those.”

Currently, two traveling troupes of Mannheim Steamroller perform across the country every holiday season, with a third ensemble playing at Universal Orlando Resort during the holidays. Hip surgery a decade ago means Davis has hung up his touring shoes.

“It’s very tiring. When we first started with the “Fresh Aire” tours, the band was the crew,” Davis said. “We put the stage up and did everything. It was exhausting.”

These days, Davis hangs out on his 150-acre farm just north of Omaha. But rather than live the life of a country gentleman, the 75-year-old musician is still intimately involved with the stage shows he promises will tap into the Christmas spirit fans have come to expect.

“These tours are a combination of the live music and sound effects like in some cases where there is a thunderstorm happening with one of the pieces,” he said. “There is also a multi-media show that includes slides and film. And then of course, the musicians and the live orchestra.”

Davis’ restless creative spirit has continued to yield musical fruit in the past two decades ranging from albums focusing on Disney music (1999’s “Mannheim Steamroller Meets the Mouse”) and American heritage (2003’s “American Spirit”) to amassing a notable catalog of natural sounds, from the Tucson desert to the full sonic span of all four seasons in the Midwest highlighted in his “Ambience” series. His latest creation is “Exotic Spaces,” a series that finds him casting his musical net rather widely.

“What I did was I tried to musically describe places like the Taj Mahal, so that gave me an opportunity to write using sitars and other really cool instruments like tabla and those sort of things,” he said. “Then one of my favorite cuts on it has me using hydrophones (microphones designed to be used underwater for recording or listening to underwater sounds). I’ve been a scuba diver since I was in my 20s and with the hydrophones, I actually recorded the song of the whales. I have one of the songs—I say it’s in the ‘key of sea.’ I use the whale song as the melody and it really is in the key of C. I wrote background stuff around the whale song and I had a really fun time doing that because it lined up so perfectly with what I was composing.”

It’s just the latest leg in Davis’ lifelong journey of following his own musical star, a piece of advice he received from a Nashville lawyer many moons ago.

“What I tell any budding young composer or musician is to follow your own star,” Davis said. “Don’t let anybody detract from what you’re doing because it’s you that’s doing it. It’s the only way I know how to do it.”

See Mannheim Steamroller performing at The Eccles Dec. 29 and Dec. 30. 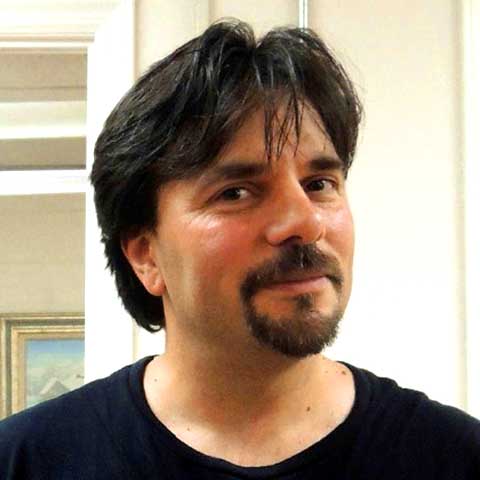 Dave Gil de Rubiohttp://saltlakemagazine.com
In addition to being editor of Massapequa Observer and Hicksville News in New York, Dave Gil de Rubio is a regular contributor to Long Island Weekly, specializing in music and sports features. He has won several awards for writing from the Press Club of Long Island (PCLI).
Previous article
7 Ways to Celebrate the Holidays in Utah
Next article
Spanish-Inspired Cuisine at Mar | Muntanya