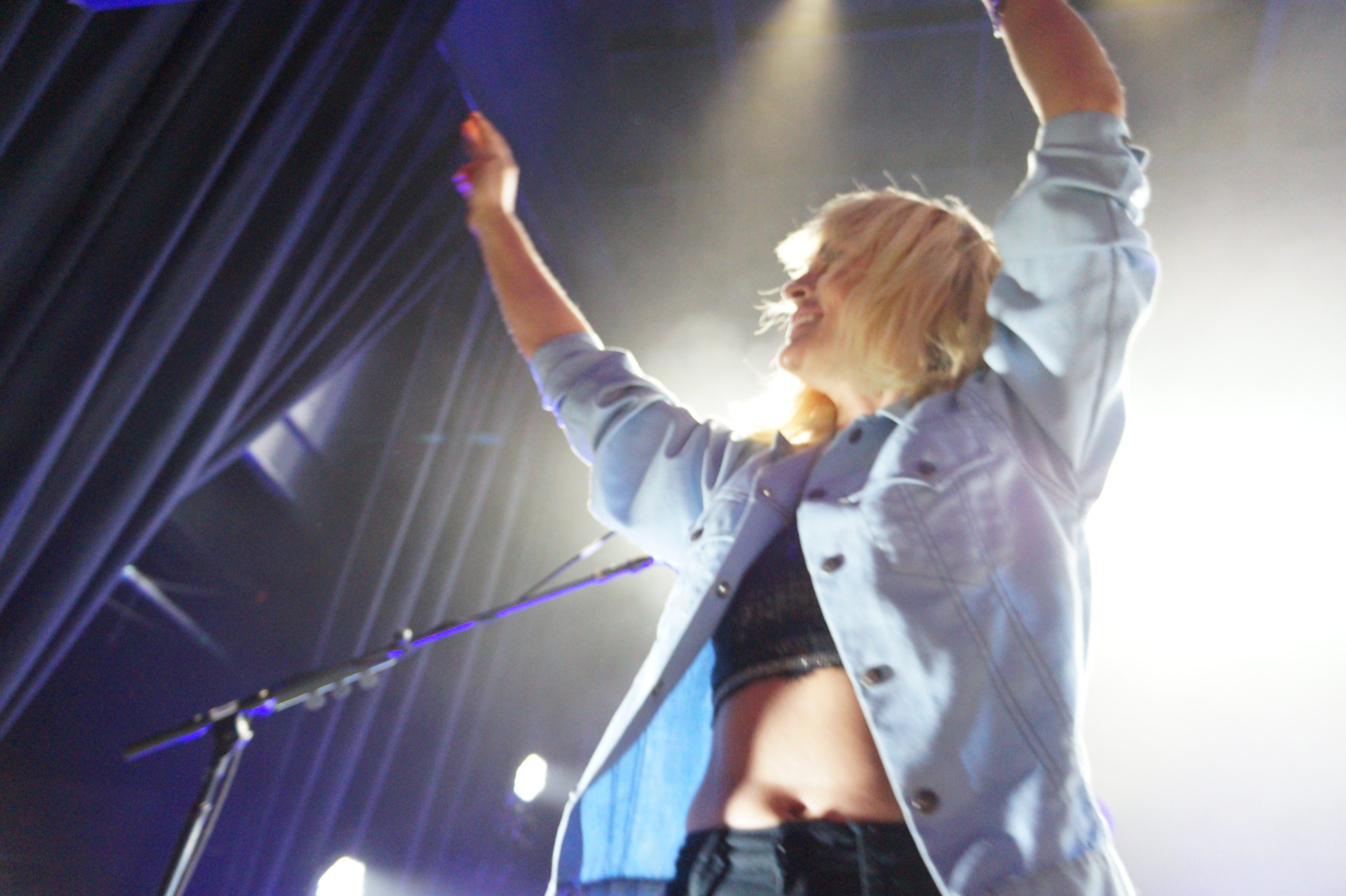 Admittedly, I thought I’d stumbled into the wrong show when I arrived at the Depot on Monday, March 18, 2019. Co-headliner Zoé was not at all the same genre as Metric: the psych-rock band from Mexico drew a huge following, and the philistine in me was surprised to find out from a fellow photog that they were a rather big deal, especially in L.A. Led by Leon Larregui, the five-piece troupe has been making waves since their second album, 2003’s Rocanlover. This, as well as their follow-up LPs, have been produced by Phil Vinali, the same guy behind some of Radiohead’s, Placebo’s, and Pulp’s recordings.

Zoé performed tracks spanning their 2001 debut to this year’s Aztian. A heads up about the sharp, persistent strobe lights coming from the stage would have been helpful; as it was, it was hard not to wince for the majority of their set. Larregui, however, came more than prepared in Bono-esque shades, a rainbow poncho, and even a matching feathered mic stand. As seemingly one of the few audience members who was unfamiliar with Zoé, it was a rare way to be introduced to a new band: bathed in trippy lights (strobes notwithstanding) and effects, a bunch of raised smartphones, and Larregui’s warm yet raspy vocals, in a tongue that was not my own.

After they were done, Zoé’s audience (literally) swapped places with Metric’s. Chalk it up, perhaps, to the oddly-coupled roster. Emily Haines’ voice has that naturally shallow and echoey quality about it that recalls a female Julian Casablancas, and it translated impressively live. The top of their set mostly featured songs from their new album, Art of Doubt. Perhaps it requires a few listens in isolation, but they seemed to blend into one another a little too much, not really accentuating Haines’ unique vocals or having any distinct hooks.

Their more memorable numbers came toward the end: the bittersweet “Gimme Sympathy,” the hypnotic “Gold Guns Girls,” and in the encore, “Help, I’m Alive” and “Black Sheep” (Scott Pilgrim fans, unite!). While it’s a lot more contemplative and lengthier than the others, “Now or Never Now” from their new album is worth checking out for its slow burn and ’80s pop instrumentals. As the songs became more coherent and recognizable, so too did the Toronto band become livelier and more interactive with the audience. Some lingering Zoé fans even started moshing (unsuccessfully) by the bar.

To see more photos from the show, go here.

Charissa Chehttps://saltlakemagazine.com
Charissa Che was born and raised in NYC and has been a journalist for over 12 years in news and arts and entertainment. She is a music contributor for Salt Lake Magazine. Additionally, she holds a Ph.D. candidate in Writing & Rhetoric at the University of Utah. She prides herself on following the best cat accounts on Instagram. Calicos preferred.
Previous article
Odyssey Dance Shuts Up and Dances
Next article
Why to read to your kids (and 5 local books to get started)