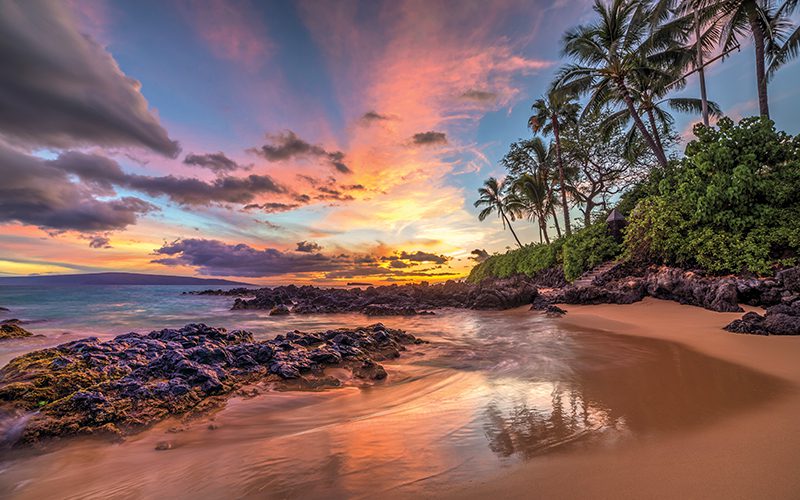 Worth the Trip: Must-Do Maui

On the slopes of a volcanic crater on Maui, at an elevation of 3,500 feet, Casey Shim wakes every morning for a long day of farming. As the 87-year-old owner and sole employee of Shim Coffee and Protea Farm, he hand-picks, sun-dries, weeds, processes and nurtures the coffee beans and decorative plants that comprise his seasonal business. He says the job is “25 hours a day and eight days a week,” entirely self-taught. As he explains to guests, “It’s a learn-as-you-go farm, and nature has always been my best teacher.”

The Courtyard Maui Kahului Marriott is a dependable link of the Marriott chain, with all the expected amenities (pool, Jacuzzi, fitness center) and some charming surprises (a fire pit, an on-site artisanal restaurant). It’s just minutes from the airport. 808-871-1800

If the area of Wailea is the Palm Beach of Maui, then the Grand Wailea is its Breakers. The sumptuous Waldorf Astoria resort radiates island luxury, from its grand, tropical lobby to its waterfall-and-koi pond to the bulging Boteros that dot the property. Its signature restaurant, Humuhumunu-kunukuapua’a, named after Hawaii’s state fish, offers majestic sunset dining and a menu bristling with creativity. The best part? You get lei’d upon arrival. 808-875-1234

Shim is an Army veteran whose grandparents emigrated from China in the 1890s and bought the property he tills today. He points to a squat, single-room shack in the distance: “That’s where my grandparents raised eight children.”

I visited Shim Farm on my first morning of a weeklong Maui trip. I saw Shim’s ripe coffee beans—up to 1,000 beans grow on each of his 1,500 trees—and alien-looking protea plants, with their bright yellow and red stamens bursting like frozen confetti from fuzzy pincushions before I saw a beach or a lei or a tiki hut. His modest farm did not fit the picture of Hawaii I had imagined.

But this was not the picture-postcard beach trip that brings most tourists to Hawaii. Here, as in the rest of the world, agri-tourism has become the latest travel trend.  Shim’s farm is in the upcountry town of Kula, and it’s one of a handful of the island’s ag-tourism options. Driving the slopes of the Haleakala crater, civilized trappings are scant, two-lane roads often converge into one, livestock wander rolling hills, and signs advertise roping grounds and horseback riding—a holdover of upcountry’s paniolo, or cowboy, tradition. Shim keeps a couple of horses too, grazing in a shady corner of his farm.

“Horses are my psychiatrists,” he said. “You ride them, and all your problems go away.”

Maui is Hawaii’s second-most-visited island, after Oahu. And tourist commerce is everywhere. At public outlooks offering postcard views of mountainous sunrises and sunsets, jewelry sellers ignore the “no vending” signs and hawk wares from the back of their trucks. 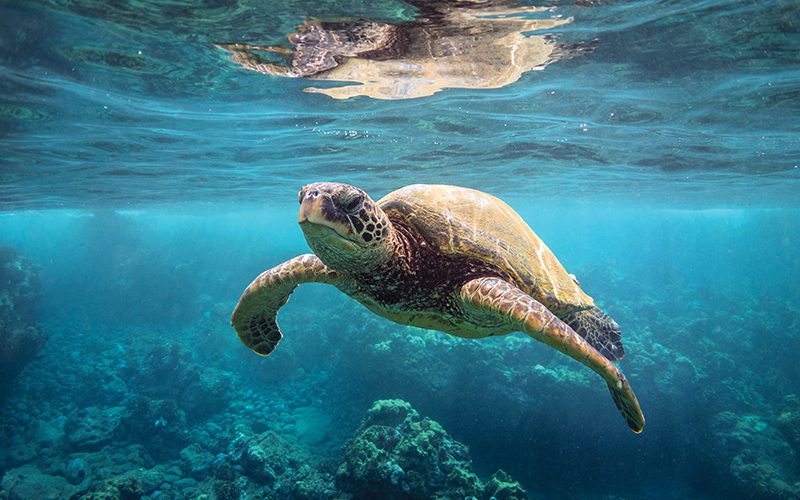 Must-Do Maui In between visits to upcountry, sprinkle your trip with these traditional diversions.

The Road to Hana Maui’s most legendary drive is a 52-mile stretch of hairpin, often single-lane highway that snakes through lush rainforest, with stops along the way for waterfalls, hikes, food stands and breathtaking arboretums. The trip takes two and a half hours without stops; reserve a full day to explore.

Snorkeling The waters of Molokini reef off the coast of Wailea are a prime snorkeling spot. I recommend sailing out on a 65-foot schooner with the affable crew of Kai Kanani, which provides lunch, drinks and two 40-minute snorkel sessions. On my journey, I spotted a moray eel, triggerfish, yellowfin surgeonfish, yellow tang and octopus.

Kihei This prized beach town contains multiple parks ideal for sunset-gazing on the water, as waves lap against Maui’s ancient, jagged, volcanic rock. There’s a great nature trail at the end of one of the parks, and instead of a boardwalk, a sizable expanse of green fronts the beach, where plein air painters, sun-tanners, picnickers and dog walkers sprawl out for lazy afternoons. Maui is pretty much one giant photo op, but this is an especially vibrant place to snap a few memories.

But the upcountry town of Makawao was a prime example of tourism’s positive encroachment. A tiny history museum in the blink-and-you-miss-it downtown preserves this onetime paniolo community. The curator described Makawao as “nearly a ghost town after World War II. Cowboys rode horses down the center of the street.” It was revived by tourism and by artists opening galleries and the heritage is kept alive each summer during a Fourth of July rodeo and parade.

But as Shim Farm illustrates, there are still places in upcountry Maui to escape from city life and breathe in nature. Ali’i Kula Lavender Farm may be the most intoxicating example. On the morning of our visit, an impenetrable and very un-Hawaiian fog blanketed the farm. I overheard one shivering visitor comment, “This is like being in London.”

Still, Ali’i Kula was an aromatherapist’s Eden, with row after row of more lavender strains than you knew existed. Spicy Spanish, tall-stemmed English and braided French were among the 25 varieties, a battalion of faded purple wisps blowing in the wind as far as the eye could see.

The 13 acres of farmland was about more than lavender, though, with tier after tier of protea plants, a chicken coop, a terraced vegetable garden and, every now and then, a flash of neon green as a Jackson’s chameleon darted among the lush rows of plants.

Less than 10 miles away up twisty roads, is Surfing Goat Dairy, the island’s only outdoor goat dairy. Named after the surfboards that stud the property and decorate its buildings, this 42-acre operation produces award-winning goat cheese for the entire state, along with mainland locations from Las Vegas to Nashville.

On the 30 minute tour, we had the opportunity to pet and feed the animals on one of its 15 pastures, learned about the pasteurization process—16 hours from udder to shop—and sampled a few of its greatest hits. President Obama ordered 200 pounds for his inauguration, and once I tasted it, I saw why.

The grandest ag-tourism destination on the island is Maui Gold Pineapple Company’s tour. From the bus—dubbed the Pineapple Express—we explored the entire process, from field to factory, with frequent stops among the 1,000 acres of pineapple stalks sprawling in all directions, ending with a field tasting

“We’re not going to run out of pineapple,” our guide Stephen Potter said, plucking
a pineapple from a landscape of gold and green.

He hacked off the spiny skin and cut chunks for each of us with a machete. There was something communal about sharing the fruit this way, in the raw, spitting out the inedible chunks, juice dribbling down our chins. Eating
sloppy never felt so right, so natural.

Salt Lake Magazinehttps://www.saltlakemagazine.com/
Salt Lake is your best guide to the Utah lifestyle. From food to fashion, travel and the arts, Salt Lake magazine has something for everyone. Follow us on Instagram, Facebook and Twitter @SLmag.
Previous article
Park City Holiday History
Next article
LGBTQ+ Celebrities and Allies ‘Ignite’ Utah Youth