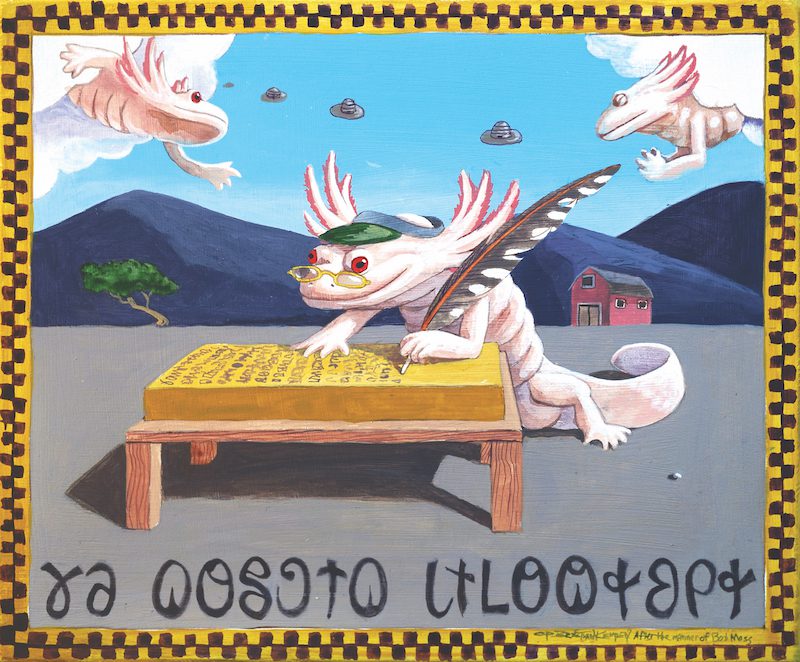 Bob Moss, one of Utah’s most prolific folk artists, died in 2011 and we’re still trying to figure out what he was up to.

Moss was known for his wood-burned pieces that often incorporated the old Deseret Alphabet that Brigham Young came up with to further unify Mormons—and separate them from the rest of the world.

If any of that intrigues you, the equally quirky gallery God Hates Robots (We wrote about it in SLMag, page 41) is hosting a Moss homage opening Jan. 20.

Son of Deseret, a 24-song musical tribute to Moss, has been released as part of the homage and will be available at God Hates Robots.

Glen Warcholhttp://www.saltlakemagazine.com
The late, great Glen Warchol passed away in 2018. His last billet was on the editorial staff here at Salt Lake magazine but his storied career included stops at The Salt Lake Tribune, The Desert News, The New Times and others. His stories haunt this website like ghosts in a machine and we're always happy to see them. RIP Papa Warchol.
Previous article
5 Ways to Sundance The Star Sniffer
Next article
WTF Pushes Limits for Fundraisers