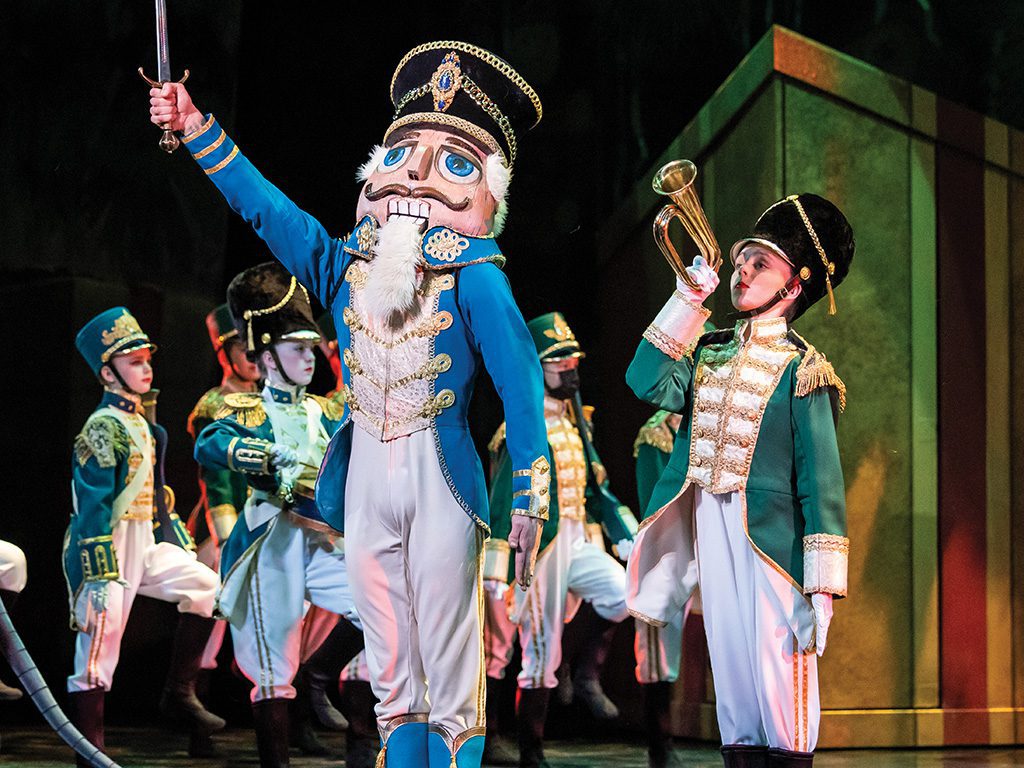 Nutcracker productions during the holidays are as common as egg nog, but Ballet West’s production is the oldest Nutcracker in the nation and, by many, considered the best. In 1944, Ballet West founder Willam Christensen worked off the 1892 Russian version by by Pyotr Tchaikovsky that was lost in a sea of bad reviews and the tumult of the Bolshevik Revolution and two World Wars. Christensen revived it and gave it a fresh face for post-war American crowds. Thanks to Christensen (a native of Logan, Utah, B.T.W.), The Nutcracker has become the most frequently performed ballet and serves as an introduction to classical music for many. Christensen’s version is still preserved and performed each December by Ballet West and has been named “the best Nutcracker in the United States” by The New York Times. Besides watching the pros leap, spin, dip and soar (more on them on pg. 74), hundreds of local kids compete for spots in the iconic production each year at the historic Capitol Theatre. (Dec. 2-24, 2022)

Curious about the dancers of Ballet West? In our 2022 Nov/Dec issue, we interviewed four couples who found romance both on and off stage. Read more here.

Salt Lake Magazinehttps://www.saltlakemagazine.com/
Salt Lake is your best guide to the Utah lifestyle. From food to fashion, travel and the arts, Salt Lake magazine has something for everyone. Follow us on Instagram, Facebook and Twitter @SLmag.
Previous article
Three Businesses Reducing Food Waste in Utah
Next article
Lucky Duck: Preparing the Perfect Holiday Bird