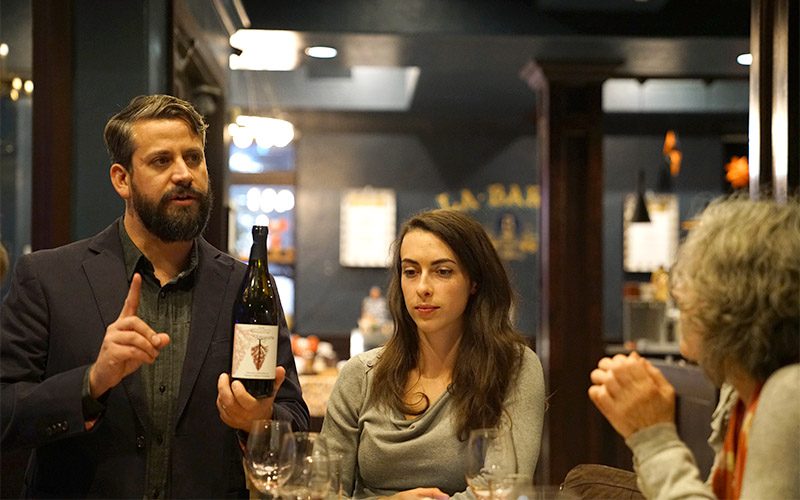 Ten Years After: Pago’s birthday and what it means

It wasn’t long after I started working for Salt Lake magazine. I had moved to Salt Lake from Sonoma, California and Dallas, Texas, both places where my writing focus was food and wine. My friends thought I was joking when I said I was moving to Utah. The wine.com guys said, “You can’t even FLY wine over Utah!! How are you going to write about food and wine there? There isn’t any!”

They were a little bit right. It was hard to find anything exciting to say about food in Utah in those days. Log Haven, Mazza, Aristo’s, The Paris were excellent—but there was a lot of talk about places people used to love but their affection seemed generated by sentiment, not great food.

And then, all of a sudden, things started to happen.

Pago was an instant hit and amazed everyone, including my cynical self. Beets and Greek yogurt!! Delectable fried potato pillows, topped with crème fraiche and American caviar! A Cruvinet system, so interesting wines could be ordered by the glass!

It was all new, charming and exciting. And it set a new standard for good food in Salt Lake City and more importantly, it raised diners’ expectations of what good food should be. And where it should come from—Evans has always depended on local producers.

Those faithful diners were out in full force on Sunday night to celebrate Pago’s 10th anniversary—so many of them they almost overwhelmed the tiny restaurant. Former employees and chefs were there, many at the courtesy of owner Scott Evans. Pago served as a launch pad for so many chefs in the early days—they’d make their name with Evans, get noticed and be seduced to bigger, better-paying positions. But Sunday night it was all family.

The menu was a greatest hits list from those chefs—Mike Richey’s caviar pillows, Phelix Gardner’s incredible carrot tasting
—as well as introductions to items soon to be on the season’s menu, like a version of saag paneer made with local greens and Heber Valley Cheese’s juustoleipa instead of traditional spinach and paneer. And one of Gardner’s famous gnocchi creations, this one with green curry and elk.

Wines, of course, were mostly from Ruth Lewandowski, which is to say Evan Lewandowski who pretty much launched his line of natural wines at Pago, the first place in town to really understand and sell these oddities. And cocktails, from a crystal-clear rum punch to start to a cold Irish coffee atr the finish, were created by one of Pago’s former bartenders, Scott Gardner.

Mary Brown Maloufhttps://www.saltlakemagazine.com/
Mary Brown Malouf is the late Executive Editor of Salt Lake magazine and Utah's expert on local food and dining. She still does not, however, know how to make a decent cup of coffee.
Previous article
Your Friendly Neighborhood Spiders
Next article
Trigger Art