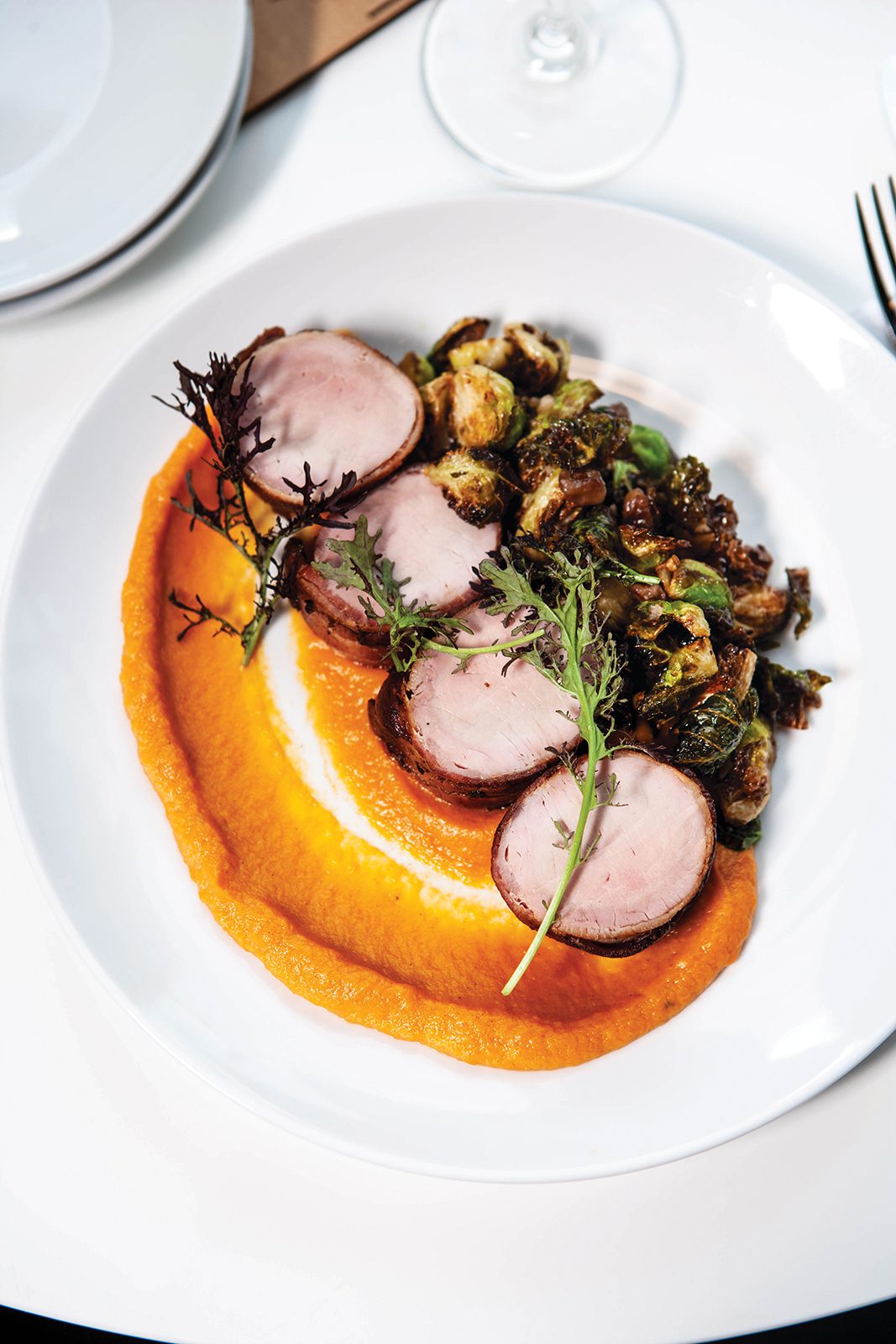 Pago 2.0: Scott Evans Gets Back to Basics

Scott Evans shook up his restaurant portfolio last year to scale down but couldn’t resist scaling up when the former J. Dawgs spot on Main Street opened up. (Why so much space for hot dogs?) The menu by Chef Phelix Gardner is a more casual version of the flagship Pago and was originally designed for an airport location that fell through.

On Ninth and Ninth

Pago at Ninth and Ninth was at the forefront of a new era of restaurants and food in SLC. Scott Evans, with his partners in the Pago Group, grew that success into many more restaurants and a much larger endeavor than the group’s original nookish namesake restaurant and Pago Group became a key player in the SLC dining scene. But then, of course, pandemic. Owning and operating hospitality businesses without any business threatened to bring the whole enterprise down.

“We had seven closed restaurants with no idea how long we’d have to stay closed,” Evans says. “It was a matter of finding a way to survive.”

So the band broke up, in a sense. Together the partners decided to split up and sell off the holdings. “We were trying to buy time,” Evans says. “We figured if we could reduce the risk to the whole group we’d add stability for everyone.” George, East Liberty Tap House and the ill-fated Birdhouse were sold off. Hub and Spoke went to a partner and Evans assumed full ownership of Pago (the original) and Trestle Tavern.

It was a painful and frantic time, Evans recalls. But through pain comes understanding, and Evans says he learned a lot.

“It was the first time in 15 years that I’d actually been able to stop and reflect on life and business,” he says.

Now, Evans says he is able to focus on smaller spaces, less administration and supporting his staff. All this self-work, of course, didn’t stop him from opening a second, more casual version of Pago on Main Street, reopening Trestle Tavern on 15th and 15th as his beloved Finca and, gasp, preparing to open a small “wine-forward” neighborhood bar, called Casot, also at 15th and 15th. Evans is not exactly a “sit-still” kind of person, after all.

Jeremy Pughhttps://www.saltlakemagazine.com/
Jeremy Pugh is Salt Lake magazine's Editor. He covers culture, history, the outdoors and whatever needs a look. Jeremy is also the author of the book "100 Things to Do in Salt Lake City Before You Die" and the co-author of the history, culture and urban legend guidebook "Secret Salt Lake."
Previous article
‘The Messenger’ Explores a Public Health Crisis (No, Not That One) at Pioneer Theatre Company
Next article
‘The Real Housewives of Salt Lake City’ Recap: ‘Who’s Calling Who a Fraud?’