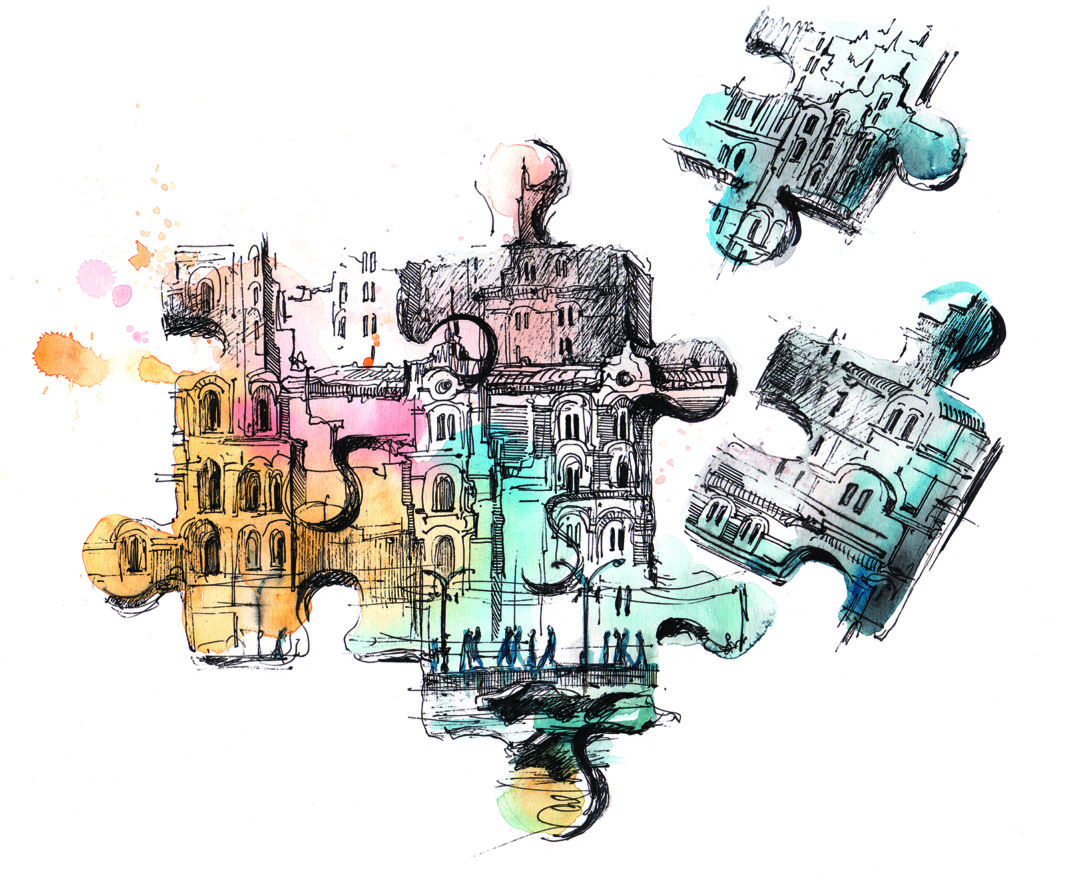 The empty Maverick sitting at the corner of Bonanza Drive and S.R. 248 is a harbinger of change. Not to suggest the closure of a filling station is a significant sign of cultural or community decline, but the dearth of activity on the edge of a once-bustling, albeit utilitarian, commercial district is apparent to those familiar with the area. The land stretching inward from the intersection is slated for an ambitious development project, a brand-new Arts and Culture District, which will transform the eastern end of Park City. A project of such scale carries a hefty price tag, one that looks far more imposing in the wake of a pandemic-induced economic downturn.

In 2017, City Hall announced it was acquiring the land for the arts and culture district. Thanks to a flourishing local economy, the timing seemed perfect for the city to undertake the $88.4 million project that would have ample long-term benefits by diversifying its economic base and hedging against the reliance on ski tourism. Selling anchor buildings to the Kimball Art Center and Sundance Institute would help City Hall pay the sum, as would leasing workforce and affordable housing as part of the project.

Planners at a Crucial Moment

The Arts and Culture District will require approval from the Park City Planning Commission, and the panel will be considering plans for the site in the wake of significant turnover. Two of the seven spots will be filled by new members, and Gretchen Milliken will be succeeding the late Bruce Erickson as planning director. Milliken has acknowledged the need for her recusal from some aspects of the project where a conflict of interest could arise. Milliken is married to Aldy Milliken, executive director of the Kimball Art Center.

But the situation has taken a sharp turn in the wake of the pandemic. Park City is forecasting a 21% revenue loss, at a minimum, for the fiscal year, which is certain to be compounded as major revenue-generating events were canceled throughout the year. The transient-room tax proposed to help with the necessary funding will be less impactful with reduced lodging occupancy, and the prospect of raising property taxes through a ballot measure may not find support after multiple similar hikes were approved in recent years to purchase open space.

Further complicating matters, the Kimball Art Center and Sundance Institute have taken an economic drubbing. The cancellation of the Kimball Art Festival in 2020 and the in-person portion of the 2021 Sundance Film Festival left deep holes in operating budgets, sowing doubt as to whether the organizations would remain committed to paying for buildings in the Arts and Culture District.

Nevertheless, City Hall remains optimistic. Councilor Steve Joyce explained that the city plans to collect revenue over the next 15-20 years, making the project less susceptible to a two-year downturn, and officials have expressed confidence in a swift economic recovery. Park City’s bounced back before, and the future of the Arts and Culture District requires doing so again.

Tony Gillhttps://www.saltlakemagazine.com/
Tony Gill is the outdoor and Park City editor for Salt Lake Magazine and previously toiled as editor-in-chief of Telemark Skier Magazine. Most of his time ignoring emails is spent aboard an under-geared single-speed on the trails above his home.
Previous article
Utah Field Guide: The Trampoline
Next article
Perfect Picnics in Salt Lake City