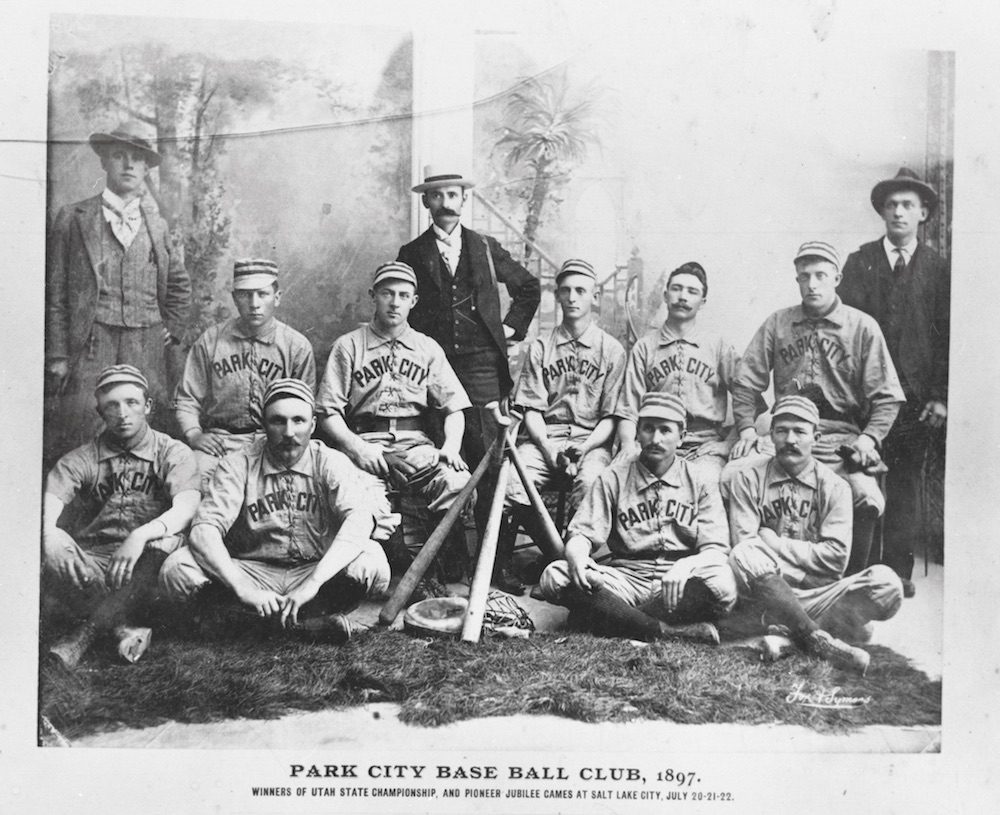 Baseball games have always added spirit to any town, but back in the days when the mines were booming, Park City’s baseball teams were a source of pride for miners and helped create a community for the mining camps. A baseball team built camaraderie among a diverse group of men, and the games allowed everyone to blow off a little steam. In 1897, Park City’s Baseball Club won the Utah State Champion and Pioneer Jubilee Games in a series played for over a week in Salt Lake City. The Park City Baseball Club defeated the Jubilee 9-5, the Douglas Browns 14-9 and Ogden 7-3. The team played 12 games that season and only lost one to the Browns at Fort Douglas in May.

According to newspaper articles from the time, the Park City Baseball Club and independent performing bands of Park City got up “a little jubilee of their own” following the Salt Lake Jubilee victories. The band turned out and escorted the team from one end of town to the other “serenading the various business houses and engaging in a general jollification to their infinite amusement and the pleasure of the town people.” By all accounts, the impromptu parade was greeted with approving shouts wherever they went, for each had won victory—the Park City band won first prize in the State competition and the baseball team outplayed their opponents.

Vanessa Conabeehttps://www.saltlakemagazine.com/
Salt Lake magazine readers enjoy six issues a year of Utah’s premiere magazine. Subscribe or pick up a copy to find the best of life in Utah.
Previous article
Beyond the Rainbow Flags: Why the Gay Pride Festival is More than Just a Parade
Next article
Smokey says: Pipe down!