Sundance 2019 is in the rearview mirror, but the 91st Academy Awards is just over the horizon, which means we can’t quit pretending we’re film buffs just yet. Park City Film Series is keeping us in the loop by showing all the Oscar-Nominated Short Films from Friday, February 22 through the big show on Sunday, February 24. Each night will feature a different selection of short films from the three categories—animated on Friday at 8:00 p.m., documentary on Saturday at 8:00 p.m. and live action on Sunday at 6:00 p.m. 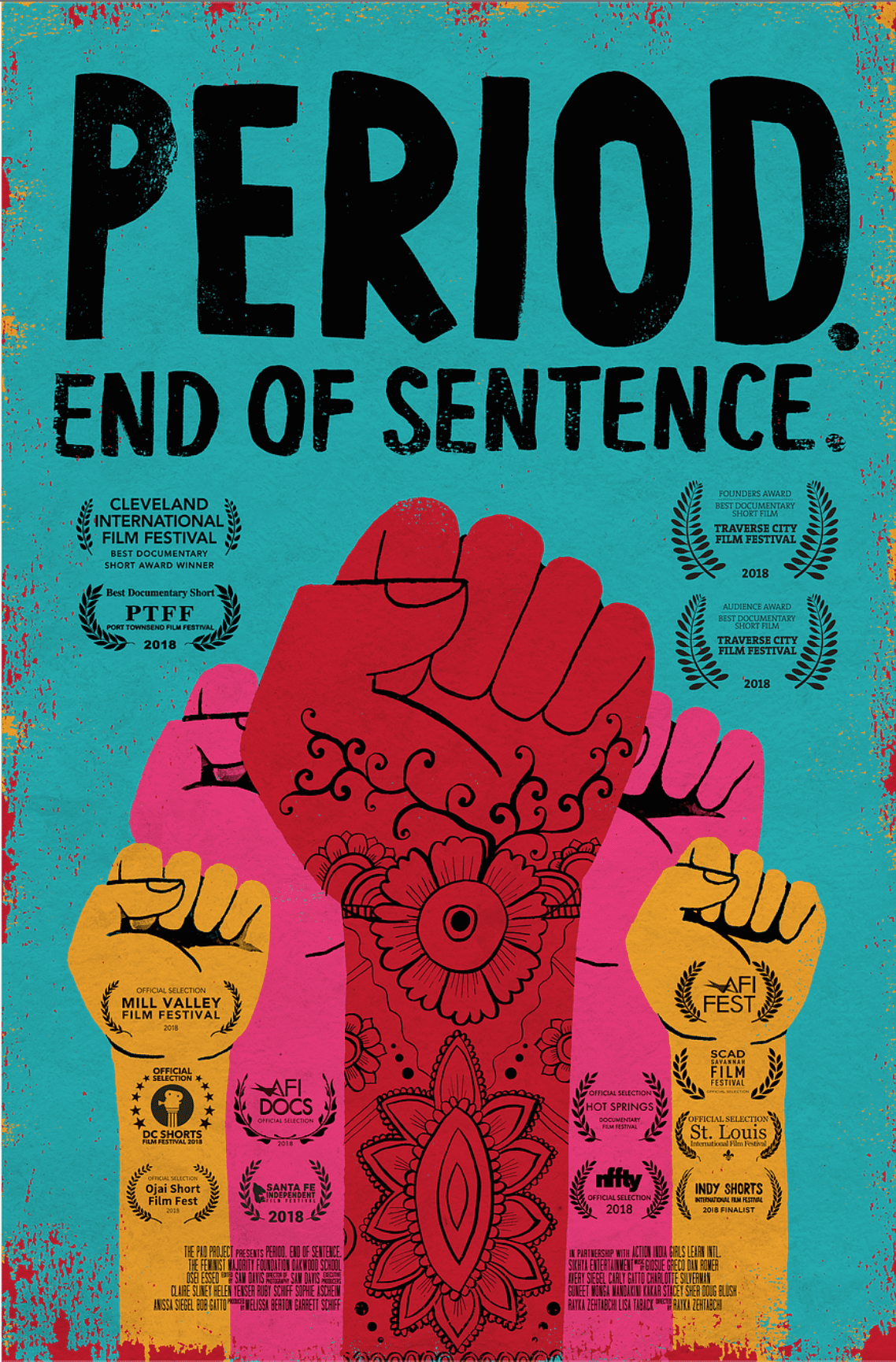 This unique opportunity to see the shorts on the big screen will serve you well whether you’re a degenerate gambler looking for some advanced intel to top your Oscar Pool or you’re merely seeking conversation fodder that extends beyond a pseudo-intellectual interpretation of Killmonger in Black Panther and a string of excuses about how you’ll see Roma just as soon as you can find the time. Short films give filmmakers the opportunity to tackle daring subject matter and experimental formats, and this year’s crop is no different. From the true story of the courageous women leading the revolution against the stigmatization of menstruation in Delhi, India in Period. End of Sentence to an argument about the merits of sexual cannibalism between an anthropomorphized leech and preying mantis in Animal Behaviour, moviegoers will find something challenge, entertain and inspire them.

The screenings all take place at the Jim Santy Auditorium. General admission is only $8 and tickets can be purchased online here. $50 gets you into the Oscar Party on Saturday night beginning at 6:00 p.m., which includes three drink tickets, appetizers and access to the documentary shorts screening.

An aging Chinese mom suffering from empty nest syndrome gets another chance at motherhood when one of her dumplings springs to life as a lively, giggly dumpling boy.

Emily is an elderly woman who lives between two states, the past and the present. She journeys into an inner world, reliving moments from her life. She searches for a connection within her vivid, but fragmented memories.

Luna is a vibrant young Chinese American girl who dreams of becoming an astronaut. From the day she witnesses a rocket launching into space on TV, Luna is driven to reach for the stars. As Luna grows up, she enters college, facing adversity of all kinds in pursuit of her dreams.

Weekends’ is the story of a young boy shuffling between the homes of his recently divorced parents. Surreal dream-like moments mix with the domestic realities of a broken up family in this hand-animated film set in 1980’s Toronto.

A Night at the Garden

In 1939, 20,000 Americans rallied in New York’s Madison Square Garden to celebrate the rise of Nazism – an event largely forgotten from history. ‘A Night at the Garden’ transports audiences to this chilling gathering and shines a light on the power of demagoguery and anti-Semitism in America.

After the high-profile killing of Damilola Taylor, Cornelius’ family move out of London. But when they discover their new town is run by racists, Cornelius takes a drastic step to survive.

Where will loved ones spend their last days? Who will be in the room? What feelings and secrets need to be shared with family before it is too late? ‘End Game’ probes these questions and more as it follows visionary medical practitioners who are working on the cutting edge of life and death.

Volunteers from a German non-profit risk the waves of the Mediterranean to pluck refugees from sinking rafts pushing off from Libya in the middle of the night.

n a rural village outside Delhi, India, women lead a quiet revolution. They fight against the deeply rooted stigma of menstruation. ‘Period. End of Sentance’ tells their story.

Two ten year-old boys are detained by police under suspicion of abducting and murdering a toddler. A true story based on interview transcripts from the James Bulger case which shocked the world in 1993 and continues to incite public outrage across the UK today.

Set in a surface mine, two boys sink into a seemingly innocent power game with Mother Nature as the sole observer.

An aging woman and her nurse develop a friendship that inspires her to unearth unacknowledged longing and thus help her make peace with her past.

A single mother receives a call from her seven-year-old son who is on vacation with his father in the French Basque Country. At first the call is a cause for joy, but soon it becomes a horrible nightmare when the child tells her that he is alone and cannot find his father who left a while ago.

A small supermarket in a blue collar town, a black man smiles at a 10 year old white boy across the checkout aisle. This innocuous moment sends two gangs into a ruthless war that ends with a shocking backlash.

Tony Gillhttps://www.saltlakemagazine.com/
Tony Gill is the outdoor and Park City editor for Salt Lake Magazine and previously toiled as editor-in-chief of Telemark Skier Magazine. Most of his time ignoring emails is spent aboard an under-geared single-speed on the trails above his home.
Previous article
What Do Utah’s New DUI Laws Mean for You?
Next article
Dean’s List: Women at Utah Universities