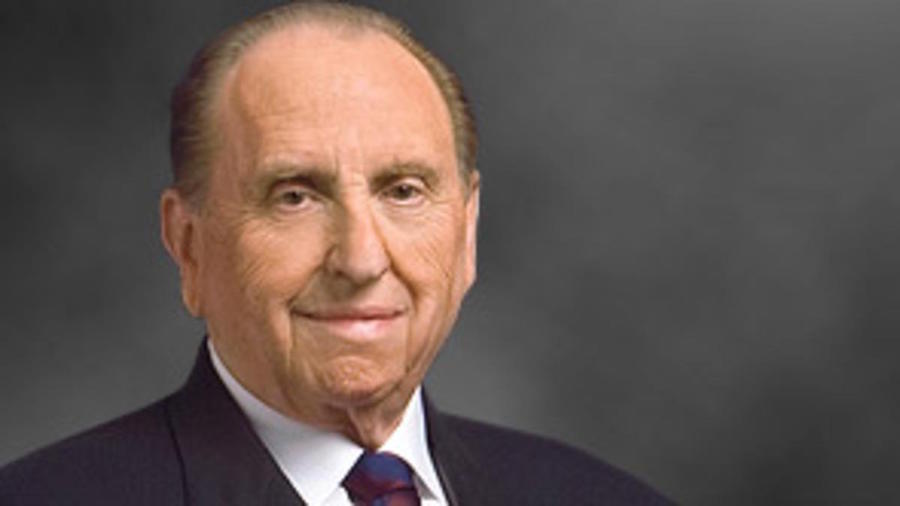 A Personal Encounter With Thomas Monson

Mormons and others have attacked The New York Times for its obituary of the late President of the Church of Jesus Christ of Latter-day Saints Thomas S. Monson who died last week at 90. Read the NYTimes response here.

In general, the complaints were that the obit delved too much into the political issues the church has wrestled with the last decade during Monson’s watch, including LGBTQ rights, same-sex marriage and women’s roles within the church, rather than Monson as an ecclesiastic leader and man.

I think the obituary was a faithful accounting of the more prominent issues that Mr. Monson encountered and dealt with publicly during his tenure. … It’s our obligation as journalists, whether in an obituary or elsewhere, to fully air these issues from both sides.

It brought back memories of my days as a reporter for the Deseret News in the 1980s when I had a close, very personal—if indirect—encounter with Monson that was anything but faith promoting. At that time, he was a general authority overseeing the church’s media, including KSL and the DNews.

The then little-understood AIDS epidemic was raging nationwide in the mid-1980s, and many Mormon gay men who had contracted the disease were returning to Utah to spend their final days with their families.

The DNews could no longer ignore it, and an AIDS team of reporters tackled various subjects, including what exactly is AIDS?, what are the medical treatments available? and the, then-controversial, “is our blood supply secure?”

For reasons unknown, the team leader assigned me, a non-Utah native, to investigate the cultural impact of AIDS on Utah.

I diligently ran down leads and interviewed sources, and discovered fascinating aspects to AIDS and homosexuality in Utah culture, including that gay Mormon men (including BYU graduates) were committing suicide at alarming rates—often because of the church’s then-backward view that homosexuality could be cured or at least put aside for a higher religious purpose; gay men were still undergoing painful “conversion therapy” and many Mormon wives were struggling—as a result of ignorance and denial—with the revelation that their husbands (and eternal mates), were coming out as gay men.

I also learned of individual Mormon wards that were practicing an unspoken “don’t ask, don’t tell” policy when AIDS victims returned to their Mormon families and faced excommunication. Basically, no one told the ward’s bishop and the patients’ families found it’s grass cut and casseroles appearing on their doorsteps.

My colleagues thought the article showed the Utah pioneer can-do spirit and Mormons pulling together in adversity.

The article was approved all the way to publisher level at the DNews. But the day before it ran, I learned that a nervous editor had taken it to the church office building, where Monson, himself, promptly killed it—mostly because it celebrated wards that dodged church policies.

I argued with my top editor that the story was too important to be squelched. I said I would find someone, somewhere, to print it. He told me that while he sympathized with me, I would be fired.

I left the DNews and within a year the story was rereported for my new employer, United Press International, and ran in papers around the world and in Utah—though not at the DNews.

Glen Warchol has worked in Utah as a reporter for the Deseret News, The Salt Lake Tribune and United Press International.

Glen Warcholhttp://www.saltlakemagazine.com
The late, great Glen Warchol passed away in 2018. His last billet was on the editorial staff here at Salt Lake magazine but his storied career included stops at The Salt Lake Tribune, The Desert News, The New Times and others. His stories haunt this website like ghosts in a machine and we're always happy to see them. RIP Papa Warchol.
Previous article
Top Sundance Films For Kids
Next article
Mandarin: A New Perspective