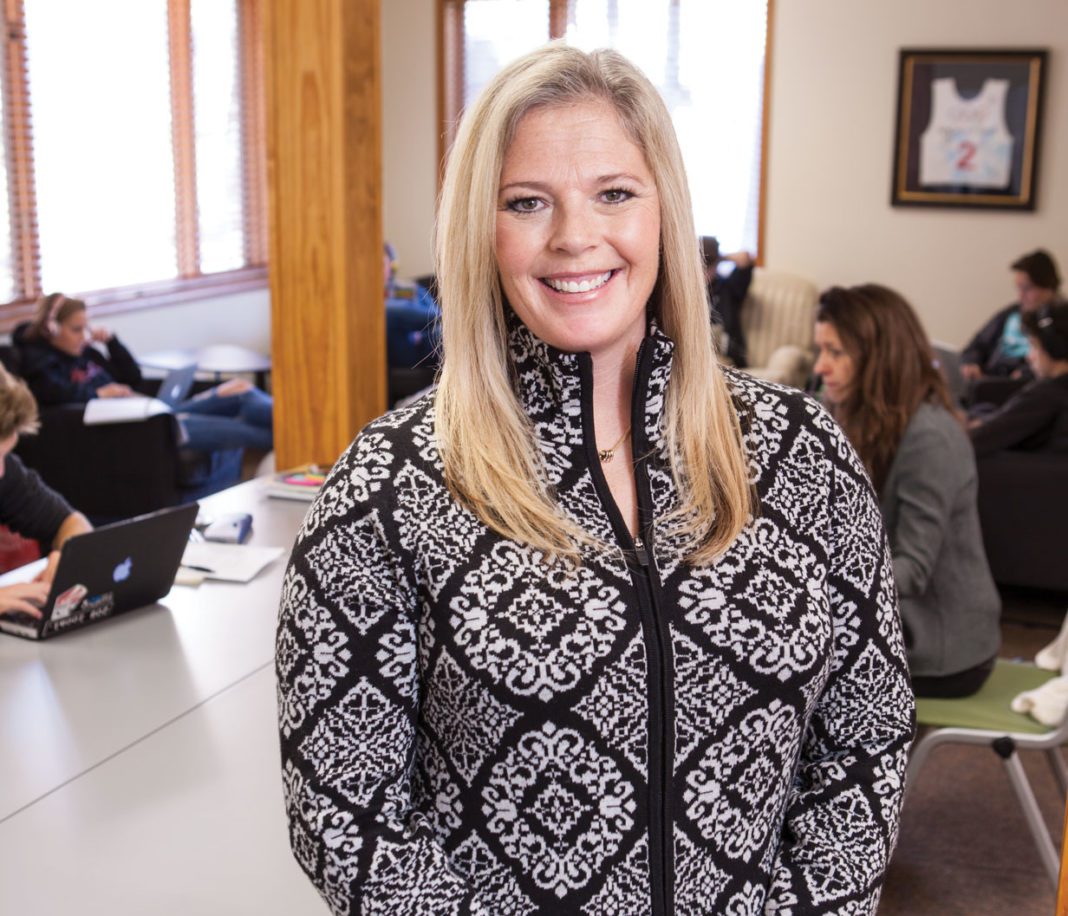 Picabo Street, gold medalist in the Super G at the 1998 Winter Games and the downhill at the 1996 World Championships, was inducted into the National Ski Hall of Fame in 2004. Now a mother of three, Street partnered with Dan Kemp and Michelle Demschar to launch her latest endeavor.

A visit to Picabo Street Academy finds a dozen students settled in bean bag chairs with their laptops in a common area resembling the cozy living room of a college dorm. Topics of study include scatter plots, the Berlin Conference, the Cold War and cell diffusion. In an adjacent room, another student works on a whiteboard with a math tutor. This talented group of kids can definitely relate to one another—missing school and dealing with the pressure to perform while balancing academic, familial and social responsibilities often creates an environment where something’s got to give. Fostering an environment where success is within reach is meaningful for Street, who navigated this territory when she joined the U.S. Ski Team at 15. “By the time they come to us, some of them have cocooned a little bit, but soon they start to feel more comfortable in their own skin. There’s a little ‘poke-poke, joke-joke, hey, you’re good,’ because excellence is the norm around here,” Street explained.

With a virtual curriculum available nearly anywhere, PSA students have the benefit of incorporating their coursework into their own schedules, whether they find themselves waiting in an airport, hotel room or en route to their next competition. “There are so many yeses in the program that people are almost waiting for the other shoe to drop,” Street explained. “The truth is that it’s just time for the education process to be on par with a modern pace.”

Picabo Street Academy is located in Prospector Square at 1762 Prospector Ave. The Academy is open Monday-Friday, 8 a.m.- 4 p.m. year-round with rolling admissions. Students can attend any time that fits their schedule. Tuition is $12,500 for high school, with pricing for individual classes and middle school dependent upon courses taken. More information and online applications can be found at picabostreetacademy.com.