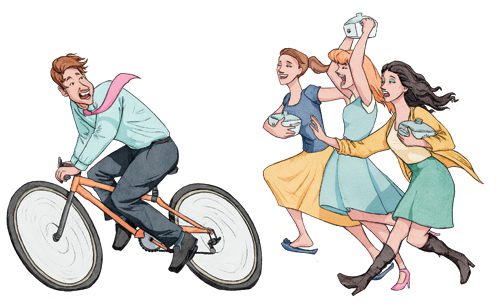 There aren’t a lot of bands like the Avett Brothers.

The North Carolina natives are one part rootsy indie, one part country and one part rollicking good time. Call it bluegrass with a cello. Or Rock with a banjo. Or both at the same time.

Whatever you call them, the band has proven over a slew of Salt Lake City tour dates that they’re the real deal. In fact, they’ve sold out every show they’ve played in Utah in recent memory.

Their scheduled stop in Zion this Thursday is different. This time the boys are playing Park City Live, a much smaller (and much more indoor, thankfully) venue than their usual Red Butte Garden gigs. The evening promises to be a stop unlike any other Utah show to date.

The hefty price by Utah standards is because the show is part of a premier party for the Robert Redford, T-Bone Burnett and Jack White produced American Epic, a film that rediscovers an early American recording device and commissions modern-day artists (including the Avetts) to record with it.

The film’s premiere is sold-out, but it will be coming to your television this fall on PBS. Tickets for the after party (including the Avetts and, one might guess, other artists featured in the film) are still available, at the above mentioned steep price. But, as any music fan will tell you, some things are worth it.

This show may well be one of them.

Christie Marcyhttps://www.saltlakemagazine.com/
Christie Marcy is a former managing editor at Salt Lake magazine. Though she writes about everything, she has a particular interest in arts and culture in Utah. In the summer months, you will find her at any given outdoor concert on any given night. In the winter, you will find her wishing for summer. Follow her on social media at @whynotboth.
Previous article
Sundance Review: “Jim: The James Foley Story”
Next article
Review: Avett Brothers at Park City Live